Premarket stocks: How Amazon can keep thriving even without Jeff Bezos 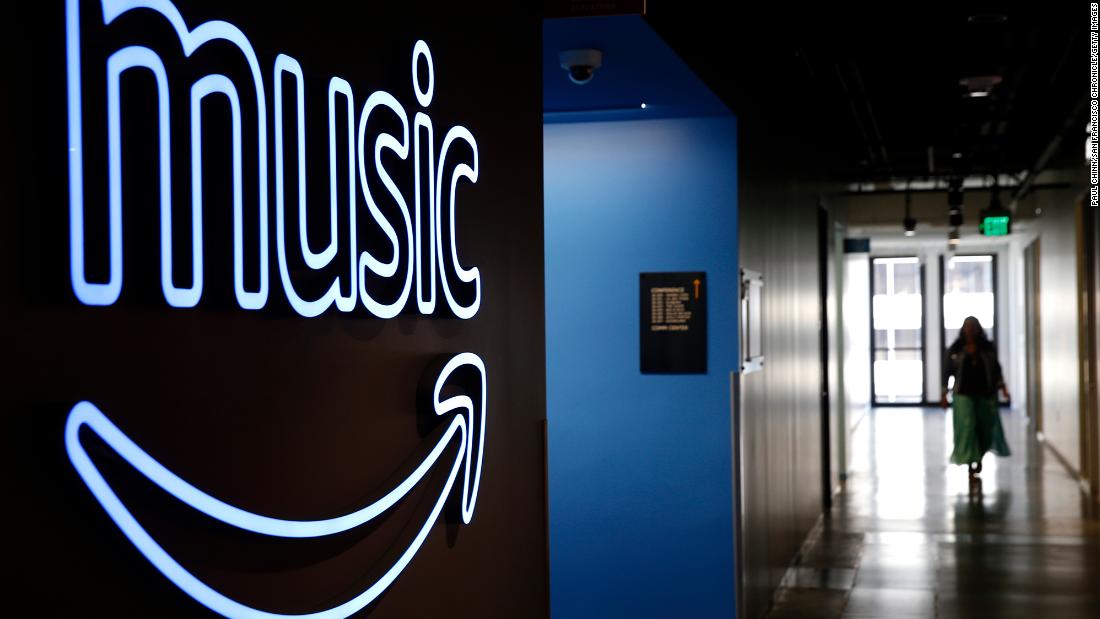 What’s happening: Bezos said Tuesday that he’ll move to the role of executive chair later this year. He’ll be replaced by Andy Jassy, who’s worked for Amazon since 1997 and serves as the head of the company’s cloud business, Amazon Web Services.

It’s a big change. Bezos has grown Amazon from an online bookstore that he launched out of his garage in 1994 into a $1.7 trillion behemoth. But the company’s shares have barely budged in premarket trading.

That’s a sign that Wall Street is confident enough in Amazon’s trajectory to brush aside the leadership transition. And it has good reason to be.

Such profits weren’t always a given. In fact, Amazon was unprofitable on an annual basis as recently as 2014, as Bezos opted to focus on growth and build out new parts of the business.

But that’s helped Amazon grow into a diversified company that in many ways looks future-proof. Money from the company’s retail arm has been plowed into building out cloud infrastructure, an advertising business, a massive logistics network, consumer electronics and even drug delivery, setting it up for success both during the pandemic and once it ends.

Observers believe Jassy will follow this model when he takes the reins.

“He … fully understands the wealth of assets across Amazon’s flywheel of operations,” McQuire said.

Jassy’s cloud experience signals that the AWS division — a huge profit driver for Amazon — will play a central part in the company’s next chapter. In the most recent quarter, AWS grew sales by 28% to more than $12.7 billion, which the company attributed to “significant customer momentum” after bagging new commitments from the likes of JPMorgan Chase, Twitter and MGM.

Watch this space: Bezos’ decision to move on will leave Facebook’s Mark Zuckerberg as one of the few remaining founder-CEOs in charge of a top US tech firm. But Bank of America analysts Justin Post and Michael McGovern said they’re heartened by the fact that Bezos will still be involved as executive chair, and note that other companies, including Apple and Microsoft, have done just fine under new leadership.

One big risk: As Amazon gets bigger, it will have a target on its back, especially as antitrust regulators in Washington ramp up their crackdown on Big Tech. It could be one of the biggest problems Jassy has to navigate.

How Wall Street is keeping tabs on the Reddit crowd

Hedge funds, investment bankers and other professional investors are desperate to discover the next GameStop before it’s too late.

That’s why Thinknum Alternative Data quickly built and launched a tool that provides its hedge fund and investment bank clients with a ranking of the most-mentioned stocks on Reddit’s popular “WallStreetBets” forum, as well as the main “Stocks” page, my CNN Business colleague Matt Egan reports.

The tool gives sophisticated investors a way to avoid getting their short positions blown up — and the option to bet in tandem with retail investors.

“The inbound inquiries from people asking about the dataset has been insane,” said Justin Zhen, Thinknum’s co-founder and president. “I’ve never seen anything like it.”

Thinknum’s offering shows how quickly Wall Street is adapting to this new phenomenon, ensuring it maintains control even as traders on Reddit try to gain the upper hand in their fight against the establishment.

Remember: Some hedge funds that bet against GameStop, AMC Entertainment and other stocks popular on social media have been crushed by the Reddit-fueled rally. Those gains caused a massive short squeeze, where a stock climbed sharply, forcing those who bet against it to buy the stock back to avoid even greater losses.

“Everyone is saying, ‘I need to track Reddit.’ It’s become one of the most important drivers of market movement,” Zhen said.

The latest: GameStop’s stock plunged 60% on Tuesday, while AMC Entertainment shares lost 41%. But the tumult may not be over; on Tuesday, investor Mark Cuban urged members of the WallStreetBets community to keep their eyes on the prize.

“I know you are going to hate to hear this, but the lower [GameStop] goes, the more powerful WSB can be stepping up to buy the stock again,” he wrote in a question-and-answer session on Reddit.

Oil companies are facing a moment of truth

The climate crisis and the coronavirus pandemic are rapidly dividing the titans of the oil industry into two camps. There are big consequences depending on which side they choose.

The breakdown: One group is made up of European oil giants like BP (BP), Shell and Total (TOT), which are trying to pivot away from oil and gas production and transform their companies. Then there are America’s ExxonMobil (XOM) and Chevron (CVX), where executives are betting that oil demand will boom again after the pandemic despite global pressure to decarbonize the economy, reducing the need for dramatic overhauls.

Both camps were hit with billions of dollars in losses in 2020 and face an uncertain 2021, according to recent earnings reports. But while the BP and Shell can point to their green initiatives, US producers are under growing pressure, especially given the change in direction of climate policy on day one of the Biden administration.

Experts say that if these companies are really going to change course, it must happen soon, or their businesses will simply fall too far behind.

“Both [sides] can’t be right,” Andrew Logan, senior director of oil and gas at sustainability nonprofit Ceres, told me. “Billions of dollars are being bet on the outcome.”

Investor insight: Wall Street remains skeptical of the entire industry. Investors aren’t convinced that BP and Shell can succeed in the increasingly-crowded renewable energy sector, while Exxon faces huge pressure from activist investors to chart a new path. Oil stocks could be in for a tough year ahead no matter what. Read more here.

AmazonBezosinvestingJeffPremarketPremarket stocks: How Amazon can keep thriving even without Jeff Bezos - CNNstocksthriving
0
Share