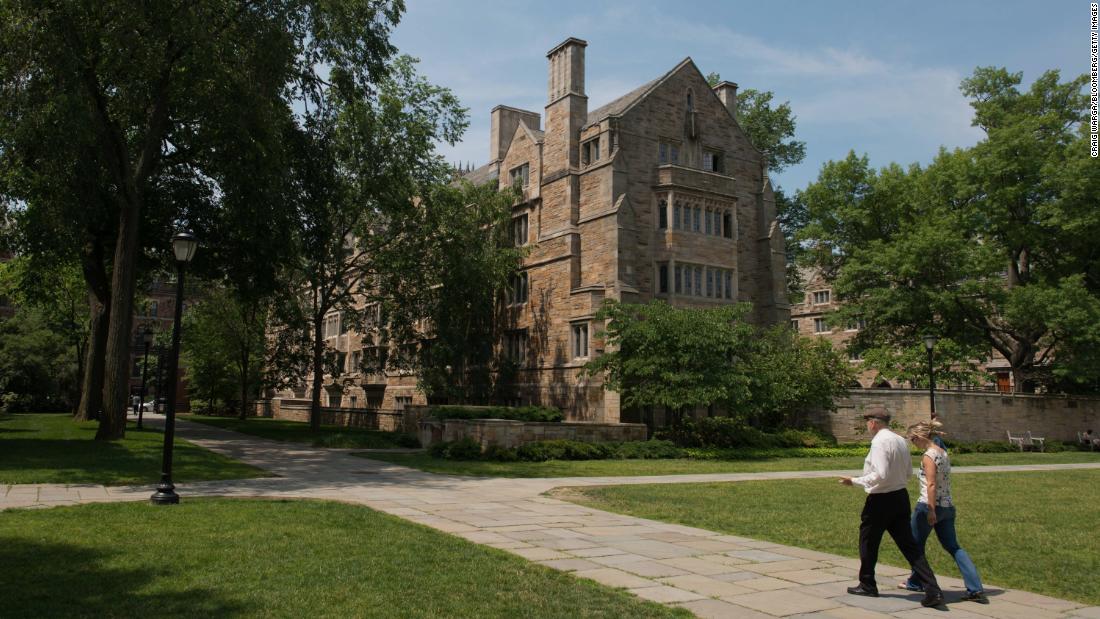 The lawsuit was originally filed in October when the department, led by then-Attorney General William Barr, alleged: “Yale rejects scores of Asian American and white applicants each year based on their race.”

The decision to drop this lawsuit is the latest move by the Biden administration to change its positions in several cases that are pending in federal courts around the country. The new administration also recently asked the Supreme Court to pause arguments in cases involving the US-Mexico border wall and US asylum policy.

The case against Yale came on the heels of a similar case against Harvard University, where an anti-affirmative action group sued the university claiming their admissions practices discriminated against Asian American students. Lower courts ruled Harvard does not discriminate in its admission decisions.

“The department has dismissed its lawsuit in light of all available facts, circumstances, and legal developments, including the November 2020 decision by the US Court of Appeals for the First Circuit rejecting a challenge to Harvard University’s consideration of race in its admissions practices,” a DOJ spokesperson said in a statement.

The spokesperson said the department has also “withdrawn its notice letter finding that Yale’s practices violate Title VI” of the 1964 Civil Rights Act, which “prohibits discrimination on the basis of race, color, and national origin in programs and activities receiving Federal financial assistance.”

“The department’s underlying investigation to ensure Title VI compliance is ongoing,” they added.

The school said later Wednesday that it was “gratified” by the department’s decision, adding that the government’s original opposition to its policies last year “cut off an exchange of information that Yale looks forward to resuming.”

“Our admissions process has allowed Yale College to assemble an unparalleled student body, which is distinguished by its academic excellence and diversity,” Karen Peart, a spokeswoman for the school, said in a statement. “Yale has steadfastly maintained that its process complies fully with Supreme Court precedent, and we are confident that the Justice Department will agree.”

The Trump administration brought the Yale lawsuit as part of its push against universities that factor race into admissions decisions, and it came after a two-year civil rights investigation spurred by a complaint by Asian American groups.

The department said last year that the school’s admissions process is a violation of the Civil Rights Act, and that Yale must stop the use of race or national origin in its upcoming admissions cycle or get signoff on a plan that continues to use it from the department, officials told the school.

The Supreme Court has long upheld campus affirmative action, permitting universities to consider the race of an applicant among many factors, toward the goal of greater campus diversity, and forbidding racial quotas in admissions.

Edward Blum, a conservative anti-affirmative action lawyer and the president of Students for Fair Admissions, said Wednesday that it was “disappointing” that the government withdrew from the case and vowed to launch a new lawsuit against the school.

“Students for Fair Admissions intends to file a new lawsuit against Yale in the coming days. Discriminatory admissions policies like Yale’s must be challenged in federal court,” Blum said in a statement.

Blum’s group is behind the lawsuit targeting Harvard’s admissions policies.

Niyati Shah, the director of litigation at Asian Americans Advancing Justice – AAJC, applauded the DOJ’s decision to drop the lawsuit, saying Asian Americans were being used to divide communities of color.

“Students should be able to share their lived experiences during the admissions process and not have to hide who they are,” Shah said in a statement.

“Everybody should have the opportunity to talk about their lived experiences, and if that means talking about their Asian American identity or their other racial identities, it creates an inclusive learning environment,” she added.

Why scoring isn’t the ultimate measure of greatness