Big oil companies are facing the moment of truth. The stakes couldn’t be higher 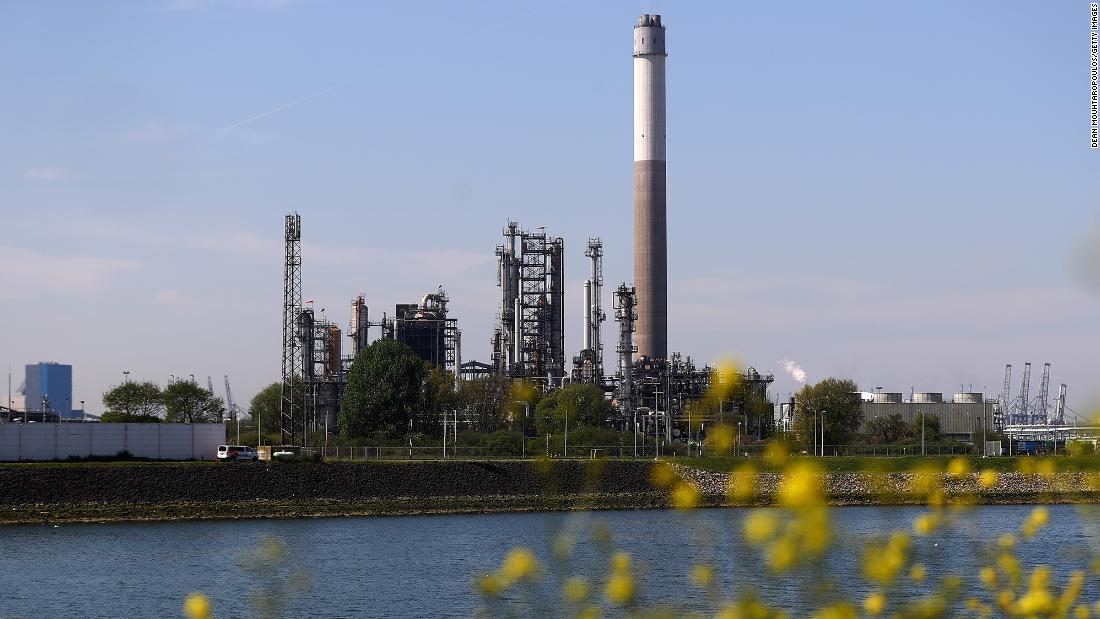 One group is made up of European oil giants like BP (BP), Shell (RDSA) and Total (TOT), which are trying to pivot away from oil and gas production and transform their companies. Then there are America’s ExxonMobil (XOM) and Chevron (CVX), where executives are betting that oil demand will boom again after the pandemic despite global pressure to decarbonize the economy, reducing the need for dramatic overhauls.
Both camps were hit with billions of dollars in losses in 2020 and face an uncertain 2021, according to recent earnings reports. But while the BP and Shell can point to their green initiatives, US producers are under growing pressure, especially given the change in direction of climate policy on day one of the Biden administration.

Experts say that if these companies are really going to change course, it must happen soon, or their businesses will simply fall too far behind.

“Both [sides] can’t be right,” said Andrew Logan, senior director of oil and gas at sustainability nonprofit Ceres. “Billions of dollars are being bet on the outcome.”

BP, Shell and Total charted a new path last year when they unveiled pledges to cut greenhouse gas emissions from their own operations to net zero by 2050, and their CEOs have spoken about the pressing need to develop new lines of business to offset reduced demand for oil.

“Nobody in his right mind at the moment denies that this is an issue that we need to tackle urgently,” Shell CEO Ben van Beurden said last week during a panel discussion.

London-based BP thinks it’s possible that oil demand peaked in 2019. The oil giant intends to reduce oil and gas production by 40% by 2030, while increasing annual low-carbon investments to $5 billion.
Shell wants to prioritize clean energy trading and building out its consumer business, with plans to sell more electricity to customers and have a bigger network of electric vehicle charging stations, Reuters reported this week, citing unnamed sources. The Anglo-Dutch company, which will formally unveil its strategy on Feb. 11, declined to comment.
Last month, France’s Total became the first major oil company to cut ties with the powerful American Petroleum Institute. The decision followed a number of splits with the lobby on climate policy, including its support for candidates in recent elections who backed former President Donald Trump’s opposition to the Paris climate agreement, Total said.

These moves in Europe, which follow years of criticism from the activists and shareholders, come as Wall Street is starting to hold the companies they invest in to higher climate standards. In his annual letter to executives released last week, BlackRock CEO Larry Fink asked companies to “disclose a plan for how their business model will be compatible with a net zero economy” achieved by 2050. Given that BlackRock is the world’s largest asset manager, with nearly $8.7 trillion under management, the request is significant.

European companies are expected to use 2021 to make headway on their transformations. Some of this will be painful, given that the overhauls involve slashing nearly 20,000 jobs at BP and Shell.

They’ll also need to convince shareholders that pushing into the already-competitive renewable energy sector will pay off, and that their expertise can translate to new forms of technology.

“[There’s a] lot of skepticism around the investment community about what skills oil companies actually bring to clean energy,” Logan said.

Still, the future looks even murkier for American companies like Exxon and Chevron, which have so far resisted major changes to their business.

Exxon, which was booted from the influential Dow Jones Industrial Average last year, is fighting off aggressive campaigns from activist investors who want it to rethink its approach. It said Monday that it had created a new business to commercialize its technology to pull carbon out of the atmosphere, and would invest $3 billion on technology that reduces emissions through 2025.

But this does little to bridge the expanding renewables gap with its European peers, which are making large investments to guard against a potentially existential threat.

“Europeans remain a couple of steps ahead, and this year we should expect a further acceleration,” Bernstein oil analyst Oswald Clint said.

Should governments begin to roll out even tighter emissions rules, and electric vehicles keep rising in popularity, developing new revenue streams and reducing reliance on oil won’t just look smart. It could be essential.

It comes down to demand

The political environment could make it easier for Exxon and Chevron to go in a new direction.

President Joe Biden has made fighting climate change a top priority. He announced that the United States would rejoin the Paris climate accord on his first day in office, and quickly halted new oil and gas leases on federal lands.

Such announcements come as world leaders, including John Kerry, the first special US climate envoy, prepare for a major climate summit in Glasgow in November. The meeting could produce an even bolder set of greenhouse-gas targets for the next decade.

But the divide between US oil and gas companies and their European counterparts really comes down to divergent views of where demand for crude goes once the recovery from Covid-19 gathers steam.

The pandemic has devastated earnings across the sector. A plunge in fuel prices last March, as millions of people entered lockdowns, pushed both Exxon and BP to rare annual losses after they were forced to write off billions of dollars in assets, both companies said Tuesday.

US companies are operating under the assumption that these problems will be short-lived. While they haven’t provided a timeline for the post-pandemic recovery, they see demand for oil booming for decades to come, especially as economies in developing countries like India pick up speed.

In Europe, meanwhile, there’s a growing acceptance that demand for oil could peak soon — if it hasn’t already.

“It’s too late to start in five years’ time,” Clint said. “I think [the] Europeans are right, and are following this path at a suitable [pace].”

bigBig oil companies are facing the moment of truth. The stakes couldn't be higher - CNNcompaniescouldntenergyfacinghighermoment
0
Share

Romain Grosjean to make return from injury in IndyCar

Anwar Ibrahim: Honeymoon as Malaysian PM will be brutally short