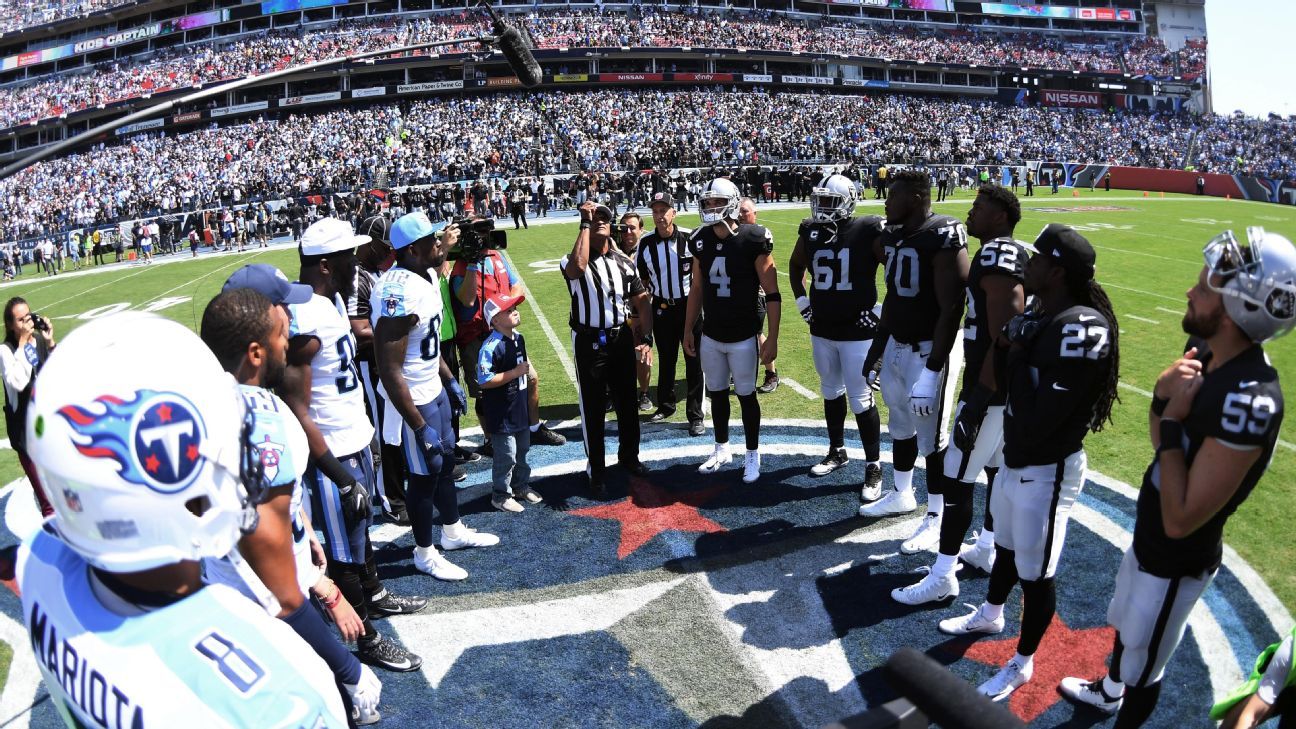 
With kickoff of the Super Bowl just minutes away, the scene inside the backroom of the Las Vegas sportsbook is intense.

Bookmakers stare at their computers, and an executive paces back and forth, already sweating through his Sunday suit. Bets are pouring in, millions of dollars are at stake. It’s nonstop action.

Suddenly, the room goes silent and everyone stops to look up at the TVs. Referees, team captains and the honorary coin-flipper are gathering at midfield. Out in the sportsbook, there’s a gasp of anticipation as the coin is tossed into the air. Heads or tails to determine which team gets the ball first — and who gets to keep the money bet on the coin flip.

The coin turns end over end, bounces on the field and settles on heads. The stressed-out boss quickly asks, “How’d we do?”

An employee hastily grades the bets, takes a deep breath and replies with trepidation, “We just lost $38,000. We’re stuck 38 dimes, and the game hasn’t even started.”

The boss asks another question: “What the f—?”

The Super Bowl coin flip may be the greatest two seconds in sports betting, and the amount of money that changes hands on it is ludicrous. Out of the hundreds of betting options on the Super Bowl, from the color of sports drink dumped on the winning coach to whom the MVP thanks first in his acceptance speech, more money is riding on heads or tails than any of them.

“You put in all this work to put out all these props, come up with cross-sports and everything else,” Dave Sharapan, a longtime Las Vegas bookmaker, said. “And the coin flip prop is the most-bet-on prop of all the props, every year.”

The Super Bowl coin flip has been on the board at Las Vegas sportsbooks for decades. Heads or tails, which team will win the toss and will that team decide to take the ball, play defense or defer to the second half — you can bet on all of it. And a lot of people do, despite being charged upward of five cents on the dollar in vigorish on what is essentially a 50-50 proposition. (This study from Stanford University used angular momentum vector to prove that a coin flipped and caught in the hand is biased to landing the same way it began. But the Super Bowl coin lands on the ground and often bounces, and besides, what does Stanford know, anyway?)

Vince Bohbot, on the other hand, knows everything about the actual coin used for the Super Bowl. Bohbot is an executive vice president at The Highland Mint in Melbourne, Florida. For the past 28 Super Bowls, The Highland Mint has made the coin for the opening toss.

In the 1990s, the coins were made of pure silver. Now, with the price of silver spiking, the coins feature silver-plating and 24-carat gold selective plating. The coins are similar in size to a silver dollar. They weigh about an ounce and have a diameter of 33 millimeters.

This year’s coin features ocean waves running horizontally in between the team logos of the Kansas City Chiefs and Tampa Bay Buccaneers on one side. The Super Bowl LV logo, with the Lombardi Trophy between the L and V, is on the other side. Traditionally, the side with the Lombardi Trophy is designated heads. Both sides weigh practically the same, according to Bohbot.

“It’s so close; there might be a minute difference on one side or the other. It depends on the design every year,” Bohbot told ESPN. “It doesn’t appear to have affected where the coin is landing each year.”

Massive interest in flip of a coin

Betting on the coin flip is silly, of course, and the size of most wagers reflects that. Most, but not all.

Crazy as it sounds, five-figure bets on the coin flip are practically a regular occurrence. And there have been even bigger.

Art Manteris, who has spent more than 40 years running Las Vegas sportsbooks, remembers one of his high rollers at the old Hilton betting $100,000 on the coin flip, only to come back just hours later to bet the other side for $200,000.

“Said he changed his mind,” Manteris, now a vice president at Station Casinos, recalled. “The change worked for him that day.”

Get it? Change. Bookmaker humor is just the best.

The bet number on the coin flip prop is one of the first that tellers who work the betting windows for the Super Bowl memorize. They need the number to enter the bet into the computer system, something they do repeatedly on the coin flip. The coin-flip bettor rarely knows the bet number, Sharapan says.

In his time working the betting windows on Super Bowl Sunday, Sharapan has heard all types of theories from coin-flip bettors, from the tails side allegedly being heavier, to turf surfaces producing more heads than grass because of the extra bounce. Nothing, though, is cited as the reason behind a coin-flip bet more than “tails never fails.”

“We used to make a line between me and the guy or girl next to me at the counter on how many times we would hear ‘tails never fails’ during a shift,” Sharapan said. “We’d keep a tally sheet behind the counter to keep track. We would set the line at 18.5. I’d always go over.”

To irritate his coworkers and win his bet, Sharapan would ask customers who bet the coin flip if they’d ever heard of that old saying about tails. Inevitably, the bettor would blurt out, “tails never fails.”

By the way, tails sometimes fails. In the 54 Super Bowls, the coin toss has landed heads 25 times.

“It’s always been a popular prop bet, be it in the U.S. or abroad,” said Andrew Mannino, a senior analyst for PointsBet, a longtime Australian bookmaker who joined the American market in recent years.

Bookmakers don’t know exactly what drives the betting interest on the coin flip, and they don’t really care. It’s nice being able to charge a five-cent vig on a 50-50 bet, after all.

Last year, more money — a few hundred thousand dollars — was bet on the coin flip than any other prop wager at William Hill U.S. books. With the company operating in several more states this year, coin-flip betting is expected to increase significantly this year.

“Last year, we were needing ‘tails never fails’ and we got the result we wanted,” Adam Pullen, assistant director of trading for William Hill U.S., said.

FanDuel wasn’t as fortunate last year and paid out $200,000 on bets on tails before the game even kicked off. There was plenty of money on heads, of course, just not as much as was riding with tails, and the $200,000 payout gives you an idea of just how much is being bet on a flip of a coin.

“I’m startled every year by the dollars,” Nick Bogdanovich, director of trading for William Hill U.S., said. “They just pound it. I’m utterly amazed every year.”

Premarket stocks: After a tough end to 2020, the US economy is quietly improving