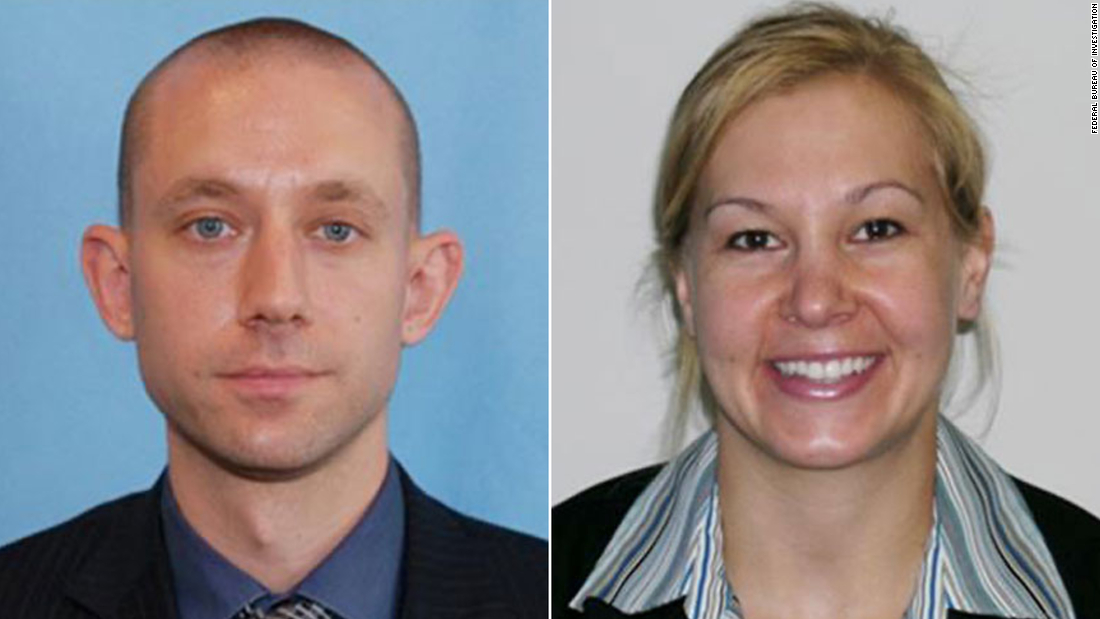 The two were killed at an apartment complex executing a federal search warrant. Three other agents were wounded, two of whom were transported to the hospital and have since been released. The suspect in the shooting died at the scene and the FBI has said the investigation is ongoing.

The agents were known for their exemplary efforts in the field, curbing child abuse with their investigatory work and educating students to the perils of sex crimes.

“Our chosen profession is fraught with danger. Today this grim reality has taken two of our best from our family,” Piro said.

Alfin, 36, was a New York native and started his FBI career in the bureau’s Albany, New York office in 2009. He was assigned to the Miami office in 2017, investigating crimes against children.

According to federal court documents, Alfin said he was “recognized as an expert in federal court in areas relating to computer forensics and the investigation of child exploitation crimes.”

The documents added that he had testified on more than 20 occasions as a witness, across more than 10 federal jurisdictions.

Alfin played a critical role in a massive investigation that led to hundreds of child pornography arrests, according to a 2017 FBI statement.

Officials at the time stated, “The case — and the thousands of follow-up investigations it has launched — is unprecedented in its scope and reach.”

The case involved “Playpen,” described by authorities as a “highly sophisticated, global enterprise dedicated to the sexual exploitation of children, organized via a members-only website that operated on the dark web.”

Alfin and his team’s investigation resulted in the arrests of at least 350 people based in the US, the prosecutions of 25 producers of child pornography, the arrests of 51 “hands-on abusers” and the identification or rescue of 55 American children, the FBI said.

Abroad, the investigation led to 548 arrests and the identification or rescue of 296 sexually abused children, the FBI said.

Alfin is quoted in an 2017 FBI statement about the case.

“It’s the same with any criminal violation: As they get smarter, we adapt, we find them,” he said. “It’s a cat-and-mouse game, except it’s not a game. Kids are being abused, and it’s our job to stop that.”

In 2018, Alfin was honored as part of the team involved in the case, and then-Deputy Attorney General Rod Rosenstein spoke warmly of the award recipients.

“Today’s honorees earned the esteem of their colleagues. But most importantly, they earned the gratitude of our fellow citizens — the people whose communities you made safer, whose lives you improved, and whose trust you rewarded. Today, we pause to honor and recognize a small portion of your work,” Rosenstein said.

Alfin is survived by his wife and one child, the FBI said.

Schwartzenberger worked with schoolchildren to keep them safe

Schwartzenberger, born in Pueblo, Colorado, joined the FBI in 2005 and was assigned to the Albuquerque, New Mexico office. She served in the Miami office since 2010, according to the bureau.

She worked on cases of crimes against children for more than seven years, the FBI said.

Schwartzenberger’s scope of work included other sex crimes. In 2018, she discussed with CNN affiliate WPEC the dangers of sextortion, a scam using the threat of illegally obtained images.

“It is very traumatizing for the victim,” Schwartzenberger told WPEC. “Their reputation is on the line.”

This form of blackmail by criminals includes “cases where they’ve hacked into the victim’s computer and hacked the person’s camera. That is where they got images or videos,” she said.

Schwartzenberger worked in the community to educate schoolchildren about protecting themselves and others online, as noted by Alberto Carvalho, the Superintendent of the Miami-Dade County Public Schools.

“From speaking to @rmsfalcons students about cyber safety, to fighting crimes against children, @FBI Special Agent Laura Schwartzenberger was deeply devoted to her work,” Carvalho posted on Twitter. “Our hearts go out to her family, as well as that of SA Daniel Alfin.”
Rockway Middle School in Miami-Dade County, where Schwartzenberger spoke to assemblies, expressed its remorse in a statement.

“As an FBI agent, Laura taught our students each year about the dangers of social media and much more. She would always say, ‘I feel that coming here and talking about the hard stuff means that I won’t see you guys on my end.’

“With her presentations, students would gain an awareness of online safety, cyberbullying, and experience the evidence response process of an FBI agent.

“She would always answer all the students’ questions directly with care, but with firmness, to always remind them of the real world.”

She is survived by her husband and two children, the FBI said.

A GoFundMe page established in honor of Schwartzenberger has raised tens of thousands of dollars in its first 24 hours.

“Laura was a light in this world. A true warrior, a long time CrossFitter, a wise woman, wonderful mother and beloved by our CrossFit VICE community,” its organizer said on the page.

A community in shock

The crime scene tape where the shootout occurred was still up Wednesday as agents gathered additional evidence. The entrance to the complex remained guarded by police.

Complete details of what happened remain unknown at this time, yet it has been revealed that the search warrant was related to suspected possession of child pornography, according to the FBI Agents Association.

The suspect had barricaded himself in his residence, according to Sunrise police. It is not yet known the exact circumstances that led to the exchange of gunfire, which the FBI says resulted in the shooting deaths of Alfin and Schwartzenberger by the suspect.

In order to safely retrieve the other wounded officers, a SWAT vehicle had to be crashed into the building to provide cover, a law enforcement source familiar with the shootout said on condition of anonymity.

Some nearby residents, including Jorge Castillo, were in disbelief that the killings happened so close to their homes. Castillo has lived at the complex for five years, alongside families with children as well as police officers, he said.

The 76-year-old found the scene concerning. “It worries us,” Castillo said, noting that authorities were still discouraging residents from leaving their homes and moving about the complex.

Speaking just outside the apartment complex where the shooting happened, he and his colleague had brought lunch to the law enforcement agents working the scene. He said the leftovers would be donated to a local shelter since times were hard for everyone.

When asked by CNN how the families were doing, his voice quavered as he said, “The families are grieving.”

He added, “We are all brothers and sisters in law enforcement.” Overcome with emotion, he said, “All I know is I was able to hug my kids today,” and walked away in tears.