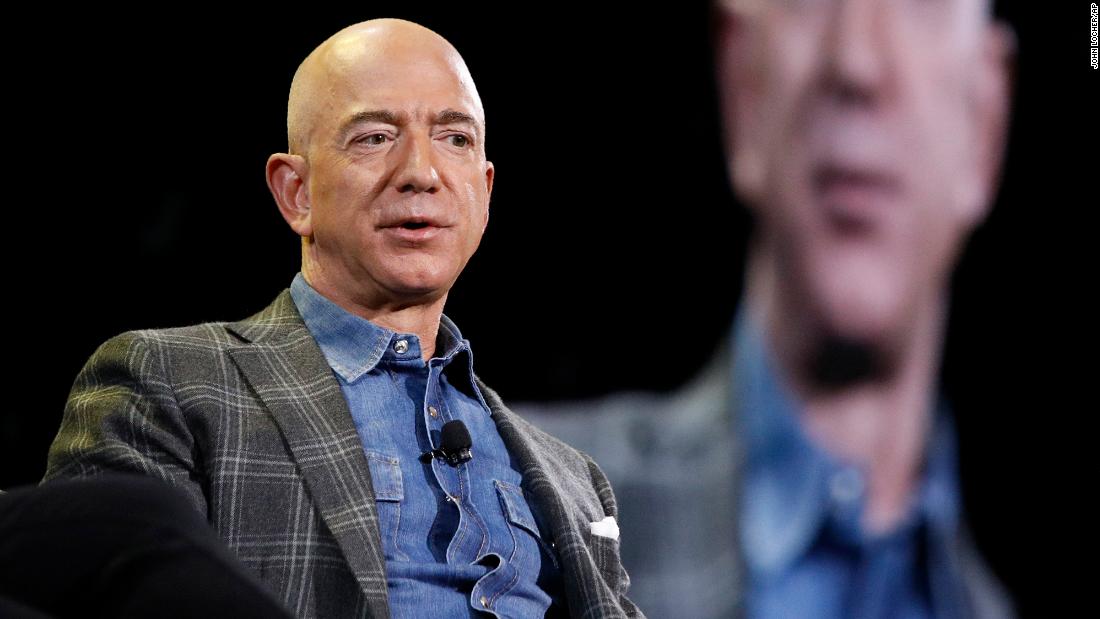 Bezos, the world’s richest person until recently, has gone from selling books out of his garage to running a company that makes consumer electronics, produces award-winning films and TV shows, offers organic groceries and hosts some of the world’s biggest websites. His company’s ambitions include delivering packages to households using flying drones and spreading facial recognition technology to virtually every consumer’s front doorstep.

With each new innovation, Bezos and Amazon have offered the promise of making life easier, more convenient and enriching for customers. But these services also became testaments to Amazon’s ever-expanding power, influence and self-interest, inspiring fierce criticism from the company’s opponents: that Amazon kills brick and mortar businesses; that it bullies workers; that it uses the data from its massive online storefront to maintain a monopoly; that its partnerships with law enforcement have made it an accessory to discriminatory policing.

“The guy was just obsessed with the end user. They were the highest priority,” said James Bailey, a professor of leadership development at George Washington University’s business school. “It’s one of those situations where your biggest asset is also your biggest liability.”

Now, as he prepares to step down as CEO of the $1.7 trillion business he built and take on the role of executive chair, Bezos leaves behind a company that’s created immense value for consumers, investors and many small businesses, but which has also triggered a national reckoning over the costs it may have created for everyone else.

A model for building online companies

Bezos’s ambitions were large from the start: He launched Amazon at a time when few people knew what the internet was and chose the name, he later told journalist Brad Stone, in part because the Amazon river is “not only the largest river in the world — it’s many times larger than the next biggest river. It blows all other rivers away.”

To achieve his vision, Bezos frustrated some shareholders by investing heavily in the business. It wasn’t until the end of 2001 that Amazon had its first profitable quarter, and its first profitable year didn’t occur until 2003. Amazon would continually flirt with profitability for the next decade. This approach would become a model for many others in Silicon Valley, and perhaps even something of an excuse for cash-hungry startups that seemingly burned through money without a pathway to profit.

No other innovation symbolized Bezos’s appetite for losses like Amazon Prime, which was launched as a $79-a-year subscription plan and introduced what became the company’s most recognizable offering: free two-day shipping.

On the surface, Amazon Prime stood to lose money. The cost of its benefits — which came to encompass not just fast shipping but streaming media, digital photo storage and discounts on groceries — outweighed what the company made in subscription fees. But it was another example of Bezos’s long-term plan to lure new customers into Amazon’s orbit and persuade them to become mega-spenders on the platform, thereby allowing Amazon to lower its costs even further to attract yet more customers, creating a virtuous cycle, or what Bezos called a “flywheel effect.” The company last year announced it has more than 150 million Prime subscribers worldwide.

As Amazon became a bigger player in retail, it inevitably came into conflict with others, both big and small. In some cases, it effectively drove them out of business.

The bookseller Barnes and Noble announced in 2019 it was going private after a decade of trying to keep pace with Amazon. Toys”R”Us has blamed Amazon’s aggressive pricing for crushing the quintessentially American toy store. Rightly or wrongly, Amazon is often listed as a contributing factor behind the so-called retail apocalypse. And these days, the mere mention of Bezos’s interest in a new service is enough to send an entire industry’s stocks into a downward spiral.

Like Walmart before it, Amazon has come to be viewed as “the new big bully, at least in the internet retail space,” said Bailey.

Amazon famously clashed with book publishers over who controlled e-book pricing. It deliberately lost money selling diapers in order to thwart Diapers.com — then, according to a landmark antitrust investigation by US lawmakers, it acquired the company before raising diaper prices. (Bezos has said he does not recall giving an order to raise prices.) Amazon’s growing clout has allegedly given it immense leverage to squeeze its suppliers and to use third-party sellers’ own sales data against them to gain an anti-competitive edge.
Bezos has argued that Amazon prospers not at others’ expense, but rather when it helps grow the whole pie. “Amazon’s success depends overwhelmingly on the success of the thousands of small and medium-sized businesses that also sell their products in Amazon’s stores,” he told Congress.
Bezos also ruffled feathers when he held a highly publicized contest for the privilege of hosting Amazon’s newest headquarters. The so-called “HQ2” was pitched as an engine for local job creation and economic growth, particularly to small and mid-sized cities seeking development. For months, dozens of city leaders jockeyed for Amazon’s favor with offers of tax breaks and real estate. Ultimately, though, Amazon opted for Northern Virginia — just outside of Washington, D.C. — and New York, two of the nation’s wealthiest and most obvious metro areas, leaving many onlookers perplexed. (It later withdrew from New York after facing backlash from members of the community.) The entire episode was a bizarre flex of Amazon’s power and influence.
To some critics, the good that Bezos has created does not negate the alleged harms. On the 2020 campaign trail, figures like Sen. Elizabeth Warren called for Amazon to be broken up, and regulators are circling.

“The US and Europe are coming for Big Tech, and I don’t think the lawsuits against Facebook and Google are the end of it,” said Paul Gallant, an industry analyst at Cowen & Co.

Rising automation, complaints about working conditions and a tough stance against unions all contributed to years of employee walkouts, petitions and, in some cases, lawsuits. Many of the company’s white-collar workers have also protested Amazon’s impact on the environment, calling on Bezos to make stepped-up commitments on climate change. (Amazon and Bezos later pledged to do more, with Bezos committing an initial $10 billion of his own money to fight climate change.)
Early on in the pandemic, Amazon faced a warehouse worker revolt over a lack of hand sanitizer, masks and other protective gear. After one New York-based employee organized a protest over the issue, Amazon fired him for violating the company’s Covid quarantine policy. Amazon has since said it’s put in place temperature checks at fulfillment centers, ramped up its cleaning regimen, and established some 150 “process changes” to keep workers safe.

Amazon has won plaudits for increasing its minimum wage to $15 an hour, but only after intense pressure from labor groups and some US lawmakers, including Sen. Bernie Sanders. And the same day that Bezos announced his plans to step down as CEO, the Federal Trade Commission said Amazon would pay more than $60 million to settle allegations that it withheld tips from its contract delivery drivers.

In the coming weeks, Amazon workers in Alabama will vote on whether to form the company’s first US union. In response, Amazon has pushed for in-person voting despite the ongoing pandemic and launched a campaign to discourage unionization.

“Jeff Bezos built his multibillion-dollar empire on exploitative practices including wage theft and surveillance tactics designed to bully workers into silence and prevent them from organizing,” said Rashad Robinson, president of the civil rights group Color Of Change.

A tech icon whose reputation reflects his industry’s

Despite the criticisms, Bezos will undoubtedly be remembered in the business world as a brilliant strategist and a disciplined entrepreneur.

Bill Gurley, a prominent venture capitalist, called Bezos’s tenure at Amazon “the most spectacular CEO run of my lifetime.”

In many ways, Bezos’s story with Amazon mirrors that of Silicon Valley. He began with a small idea in his garage that would change the world. He was lauded for innovating his way to success, putting in hard work and taking calculated risks. But those same choices also led to claims that his company had grown too powerful for its own good, and for the good of society.

Now as allegations about Amazon’s power and approach to competition may be leading to a showdown with Washington, the billionaire CEO is tapping out.

In a letter to employees this week, Bezos said he plans to spend more time on his newspaper, The Washington Post, and his spaceflight company, Blue Origin. He also plans to get more involved with his philanthropic initiatives, perhaps following in the footsteps of another transformational tech CEO — Microsoft’s Bill Gates.

“Bezos wants to go out on top,” said Gallant.

CFB conference championships – A guide to the biggest…

Roofs ripped from homes in Howardtown area of Washington…

Kyler Murray fires back at ex-teammate Patrick Peterson over…