Kyle Rittenhouse: Here’s how the case has unfolded since he posted bail 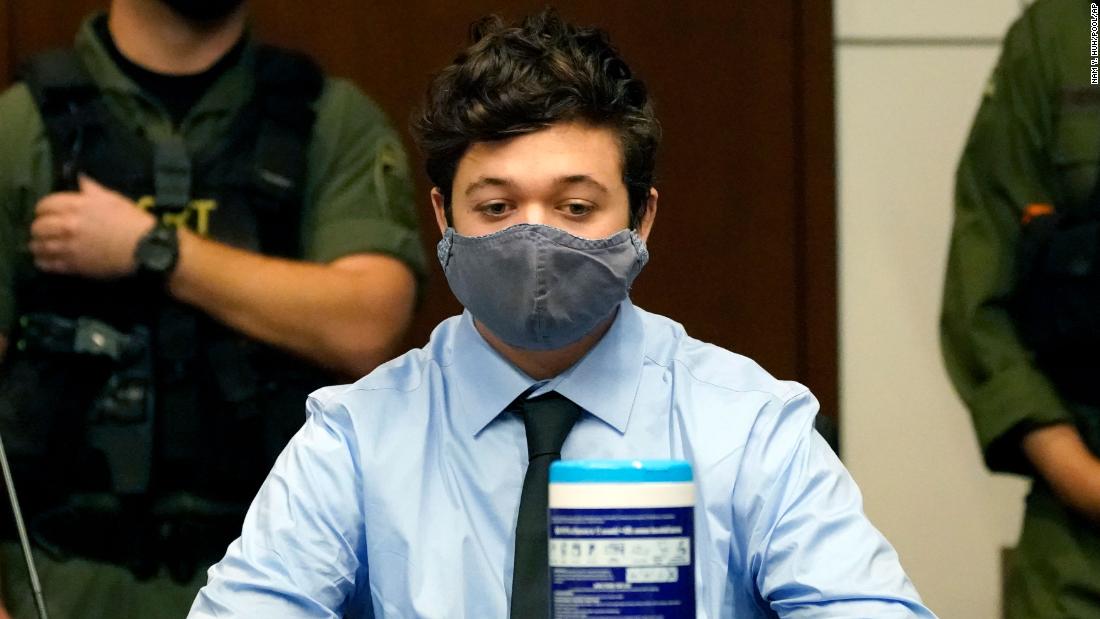 Wisconsin prosecutors Wednesday asked to issue an arrest warrant for Rittenhouse, stating he violated his bail agreement by not disclosing his address after his release. Rittenhouse’s legal team has countered with the need to keep his location secret due to claims of death threats against him.

Much attention has been directed at Rittenhouse’s case proceedings, particularly as a cause célèbre among right-wing circles. His supporters welcomed the news on November 20 that he left jail after an apparent fundraising effort met the $2 million required.

Now, where he awaits trial is in question.

Rittenhouse faces allegations in Kenosha, Wisconsin, relating to the shooting deaths of Anthony Huber and Joseph Rosenbaum and the wounding of Gaige Grosskreutz. Rittenhouse’s attorneys have maintained that he acted in self-defense.
Rittenhouse left the scene shortly after the August 25 shootings and returned home to Antioch, Illinois, where he was arrested the following day.
On October 30, he was extradited from Illinois to Wisconsin. The following week, his bond was set at $2 million due to the court considering him a “flight risk,” according to Kenosha County Commissioner Loren Keating.
Rittenhouse was released November 20 after the $2 million bail was posted by Lin Wood, chairman and CEO of #FightBack, according to the Kenosha County Sheriff’s Department.
Wood said in a tweet that Mike Lindell, CEO of My Pillow, Inc., and others helped raise the funds needed for Rittenhouse.

“God bless ALL who donated to help #FightBack raise required $2M cash bail. Special thanks to Actor Ricky Schroder @rickyshroder1 & Mike Lindell @realMikeLindell for putting us over the top. Kyle is SAFE. Thanks to ALL who helped this boy,” read the tweet.

On December 3, Rittenhouse attended a preliminary hearing remotely via video conference with Mark Richards, his attorney. Richards accused prosecutors during the hearing of presenting “a one-sided, stilted view” of events that night. The court determined that Rittenhouse would stand trial.

At a January 5 arraignment, Rittenhouse pleaded not guilty to two felony counts of homicide and a felony count of attempted homicide, among other charges. He attended virtually via Zoom.

Less than two hours after his arraignment, Rittenhouse, now 18, was seen at a Wisconsin bar with his mother, an outing confirmed by surveillance video, according to prosecutors.

In a motion filed to modify the terms of Rittenhouse’s bond conditions, prosecutors said Rittenhouse was seen with other people flashing “the ‘OK’ sign, which has been co-opted as a sign of ‘white power’ by known white supremacist groups,” and was “directly served a beer by the bartender.”

Prosecutors asked that Rittenhouse be prohibited from possessing or consuming alcohol, or being in any establishment that serves it. They also requested that Rittenhouse be prohibited from “publicly displaying symbols and gestures that are associated with violent white supremacist groups and from associating with known members of those groups, particularly the Proud Boys.”

Attorney Richards stated in a filing that Rittenhouse had never been a member of the groups listed and did not object to the new conditions regarding alcohol, White supremacist hand signals and group affiliation.

The latest developments Wednesday have prosecutors petitioning for an arrest warrant for Rittenhouse, as stated in a court motion that he “violated the conditions of his bond by failing to update his address in writing with the Court within 48 hours of moving.” A bond increase of $200,000 is also being pursued.

Attorney John Pierce, who was part of Rittenhouse’s defense team until mid-January, signed an affidavit filed Wednesday saying due to numerous death threats, “arrangements were made for the Rittenhouse family to reside at a ‘Safe House’ in an unidentified location” once bail was posted.

Rittenhouse is due back in court on March 10, with jury selection set to begin March 29.

bailcaseHeresKyleKyle Rittenhouse: Here's how the case has unfolded since he posted bail - CNNpostedRittenhouseunfolded
0
Share