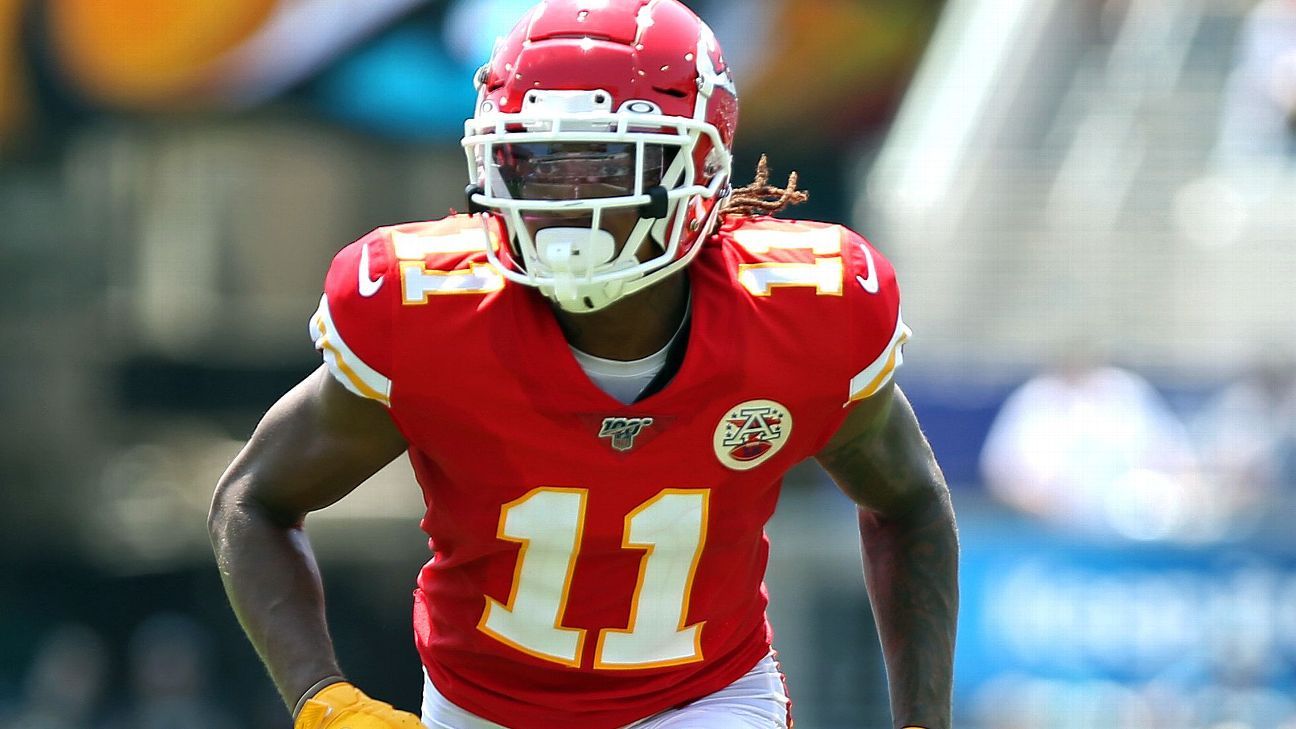 Kansas City Chiefs wide receiver Demarcus Robinson was activated off the NFL’s reserve/COVID-19 list on Friday and will be available to play in Super Bowl LV, while Tampa Bay Buccaneers receiver Antonio Brown is officially listed as questionable for Sunday’s game.

Robinson practiced with the Chiefs on Friday for the first time since being placed on the list for being a close contact of someone who had tested positive. He had to test negative for five straight days before coming off the list and returning to practice.

He was third on the team with 45 receptions for 466 yards and three touchdowns this season. His return would be particularly important to the Chiefs if Sammy Watkins, who is listed as questionable on the final injury report with a calf injury, doesn’t play Sunday.

The Chiefs also listed tackle Eric Fisher (Achilles) and linebacker Willie Gay (knee/ankle) as out for the game.

Brown, meanwhile, was a full participant in Thursday and Friday practices for the Buccaneers, showing no ill effects of an increased workload, according to Friday’s practice pool report.

He suffered a knee injury in the wild-card win over the New Orleans Saints and did not travel to Green Bay for the NFC Championship Game.

Bucs tight end Cam Brate is also listed as questionable on the final injury report. He suffered a strained back muscle Thursday and missed Friday’s practice. He is expected to play Sunday, barring any unforeseen developments, a source told ESPN.

Safety Jordan Whitehead, who has been battling a shoulder injury that took him out of the NFC Championship Game, shed his non-contact jersey Friday. Rookie safety Antoine Winfield Jr., who didn’t play vs. Green Bay because of an ankle injury, was a full participant in Friday’s walk-through. Both players had been limited all week, and do not carry an injury designation for Sunday.

Covid vaccine rollout: When might life in US return to normal?