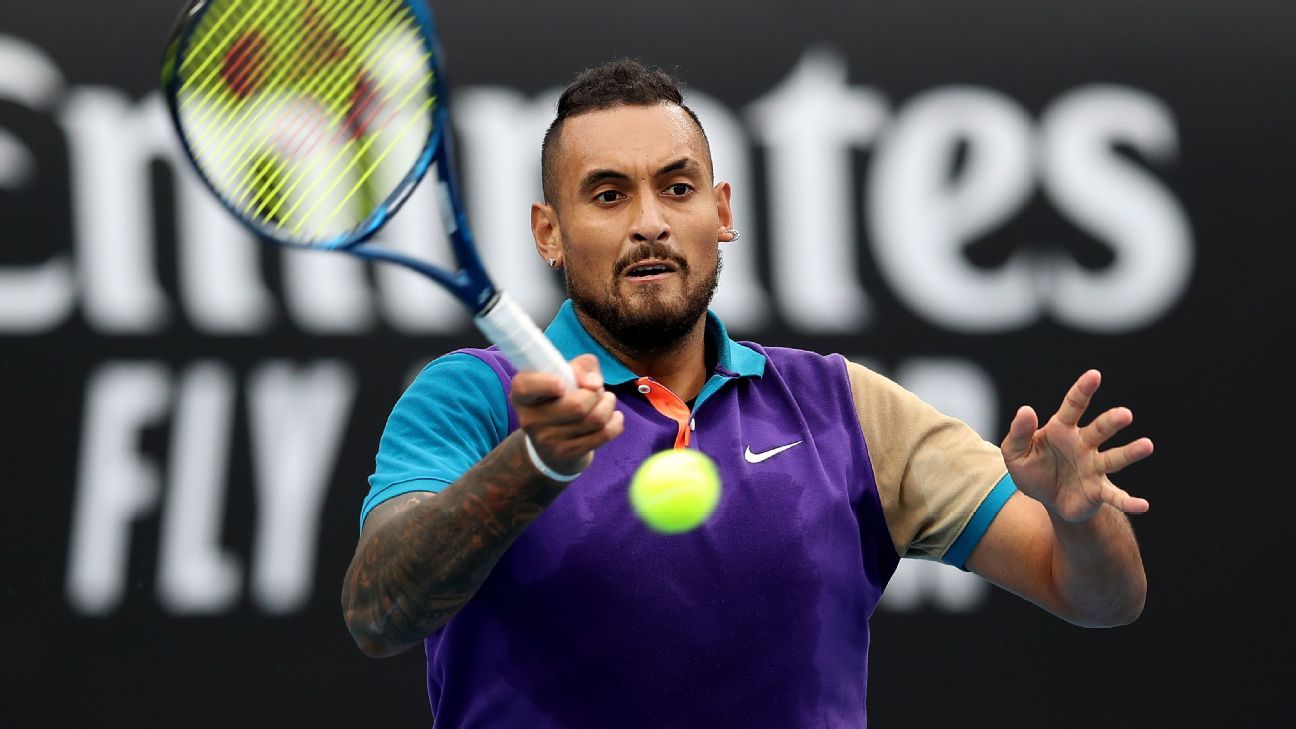 
Nick Kyrgios’ Australian Open preparation has ground to a halt after a loss to Croatia’s Borna Coric in his warm-up event at Melbourne Park that included an expletive-laden tirade.

The Australian struggled throughout the match with pain in his left knee, eventually falling 6-3, 6-4 on Friday in the third round of the Murray River Open.

“I can’t serve without pain … when I land it feels unstable,” he told a trainer between the first and second sets. “I’ll probably just play one more game. I’m serving at like 170 [km/h] instead of 220.”

After having his serve broken at 4-4 in the second set, Kyrgios let out a series of expletives, smashed his racket and threw it into the empty stands.

He was handed multiple warnings by the chair umpire for his behavior, including a point penalty for unsportsmanlike conduct.

Coric was one of the players who tested positive to COVID-19 last June at the Adria Tour event organized by Novak Djokovic, whom Kyrgios later labeled “boneheaded” for going ahead with the exhibition tournament.