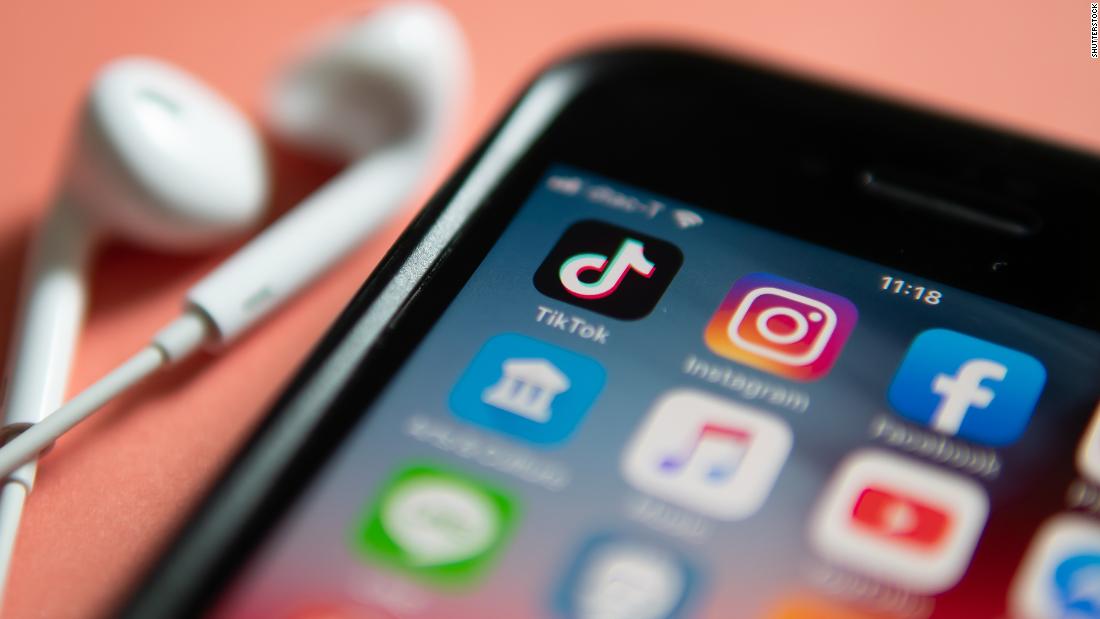 But Instagram and its parent company Facebook (FB) are having a harder time doing the same to TikTok.
Instagram launched Reels, a short-form video product, in the United States on August 5, days after former President Donald Trump announced plans to ban Chinese-owned TikTok in the country, sending panicked users scrambling to find alternatives.

Six months later, it isn’t taking off in the way the company had hoped. TikTok has outlasted the Trump administration and continues to be popular, with roughly 100 million users in the US, a significant impact on American pop culture and a loyal mix of influencers who don’t seem to be going anywhere. Unlike with Stories at this point in its history, Instagram has not released any metrics about Reels so far.

“TikTok is light years ahead of Reels,” said Evan Asano, CEO of influencer marketing agency Mediakix, referring to TikTok’s powerful content recommendation system and the fact that the app is far more focused than Instagram’s, which has a growing list of competing video offerings.

Adam Mosseri, head of Instagram, recently admitted Reels had work to do and hinted at a need for Instagram to simplify or consolidate its various video product offerings.

“I’m not yet happy with it,” Mosseri said in a Verge interview last month about Reels. “We’re growing both in terms of how much people are sharing and how much people are consuming, but we have a long way to go.”
Facebook has come under scrutiny from regulators and critics for its aggressive approach to acquiring or cloning rivals to maintain its dominance in the social media market. But Instagram’s early struggles to take on TikTok is a reminder that a number of Facebook’s copycat products have flopped or come up short. Building a clone is easy; creating a vibrant community is not, even for the social media giant.
Instagram has made some tweaks to the product since launch, including giving Reels its own dedicated tab on the Instagram home screen and adding more editing tools. But Instagram Reels largely remains a home for TikToks’ greatest hits, with many people reposting popular TikTok videos with the platform’s trademark watermark to Reels. It’s common to scroll through Reels videos and see one TikTok video after another.

“Everyone will always tell me ‘I’m going to go film TikToks,’ but they never say ‘We’re going to film Reels,'” said Parker Pannell, a 17-year-old with 2.4 million TikTok followers who thinks of posting to Reels as an afterthought. “TikTok creates the trends, they build up new creators, people build their most loyal followings [there]. People are so indulged in this environment of TikTok, they’re not ready to transition to another platform like Reels.”

It’s not the first time Instagram has struggled to gain traction with video. In 2018, it rolled out a new long-form video feature and standalone app called IGTV, in a bid to better compete with YouTube, but it had trouble taking off. Instagram eventually removed the IGTV button from the top of people’s feeds because hardly anyone was clicking on it. Now IGTV videos are part of the main feed.
With Reels, Instagram has tried to replicate much of what makes TikTok popular, including editing effects and the ability to add music or a background sound. But what’s harder to emulate is TikTok’s powerful “For You Page” and its algorithm, which serves up videos tailored to each user’s interests.

“I would never count Instagram out in any way. They are usually laser focused on how to stay on top of the competition,” said Karyn Spencer, CMO of influencer agency Whaler and the former head of creators at shuttered short-form video platform Vine. “At the same time, I don’t think any of us experience the same type of algorithm on Instagram that we currently experience on TikTok.”

The slower start with Reels may also highlight a broader issue with Instagram. “Doing the simple thing first” was long a mantra for the company, but some social media experts say the app has increasingly become more complicated and confusing as more and more features are rolled out. And it’s difficult not to feel Facebook’s influence, especially since Instagram’s founders left in 2018.

TikTok’s simplicity gives it a “big advantage,” said Mediakix’s Asano, adding that Instagram now has shopping capabilities, Stories, Reels and other video formats, which he feels end up competing with each other.

“Pretty soon you end up with a monster that nobody can understand,” he said.