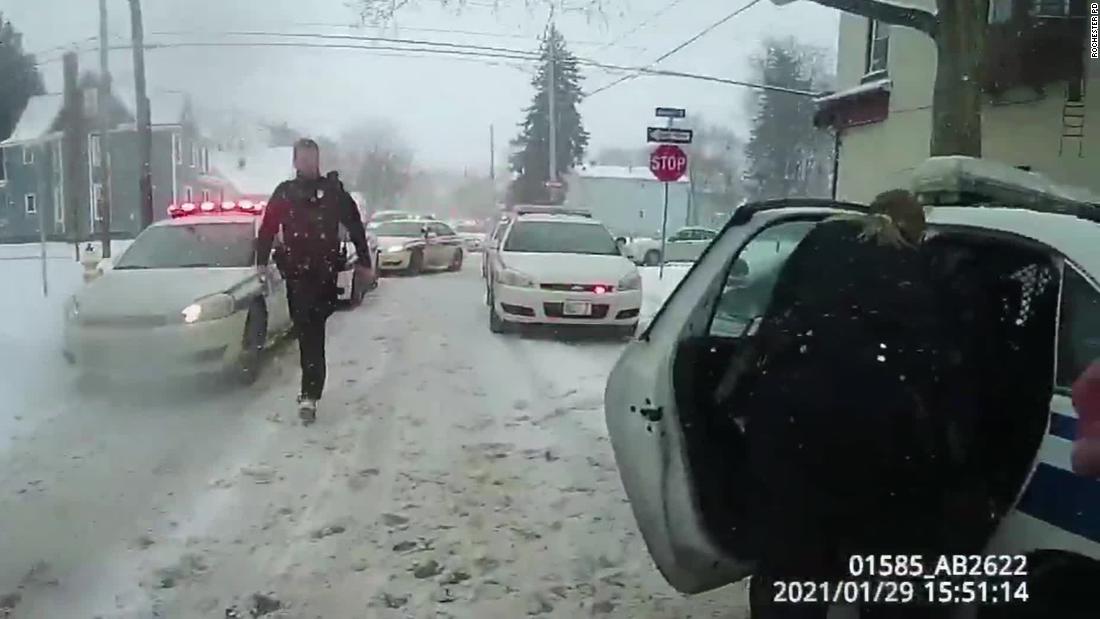 “At the heart of it, we need to place the sanctity of human life at the core of RPD’s [Rochester Police Department] policing philosophy,” said Mayor Lovely Warren said during a virtual press conference.

Warren did not specifically mention the January 29 incident involving the 9-year-old girl, but said it needs to be made clear that officers should not handcuff “juveniles 12 and under unless they present an imminent danger to themselves or others.”

“The current draft doesn’t specify imminent, however, my recommendation would be to change that,” Warren said.

Two body camera videos released by Rochester police show officers restraining the child, putting her in handcuffs and attempting to get her inside the back of a police vehicle as she repeatedly cried and called for her father.

After the girl failed to follow commands to put her feet inside the car, the officers are seen pepper-spraying her. The girl was transported to a local hospital where she was later released, according to Rochester police.

The officers involved have been suspended pending the results of an internal police investigation, the city announced Monday.

One of Warren’s most important recommendations is for the federal court to update the city’s consent decree, which caps minority representation in the police department to 25%. The consent decree was put into place in the late 1970s, when the city’s community of color only made up a quarter of the population, Warren said.

“Now, as we said earlier, people of color represent well over 50% of the city of Rochester’s population so our consent decree should reflect that,” said Warren, adding that 87% of the city’s officers are White while only 47% of its population is White.

The mayor said she also supports replacing police with social workers to respond to mental health crisis calls, a suggestion made following the death of Daniel Prude last March. In that incident, Rochester police pinned Prude to the ground and placed a hood over his head as he experienced a mental health episode. Prude stopped breathing and died a week later.
Warren ultimately fired the Rochester police chief over Prude’s death and the subsequent delay by police and city officials to release body camera footage.

Warren also offered additional recommendations for police reform, such as petitioning the state to allow Rochester to terminate RPD personnel immediately for malpractices, ban discriminatory enforcement patterns like racial profiling, reduce the size of the department in the next 5-10 years and allocate the resources to other programs and create a civilian public safety interview panel to assess candidates for the RPD.

Warren emphasized that this was a first draft of the recommendations, which will now be looked at by members of the City Council and other community leaders for feedback. The council will vote on the measures at the end of March.