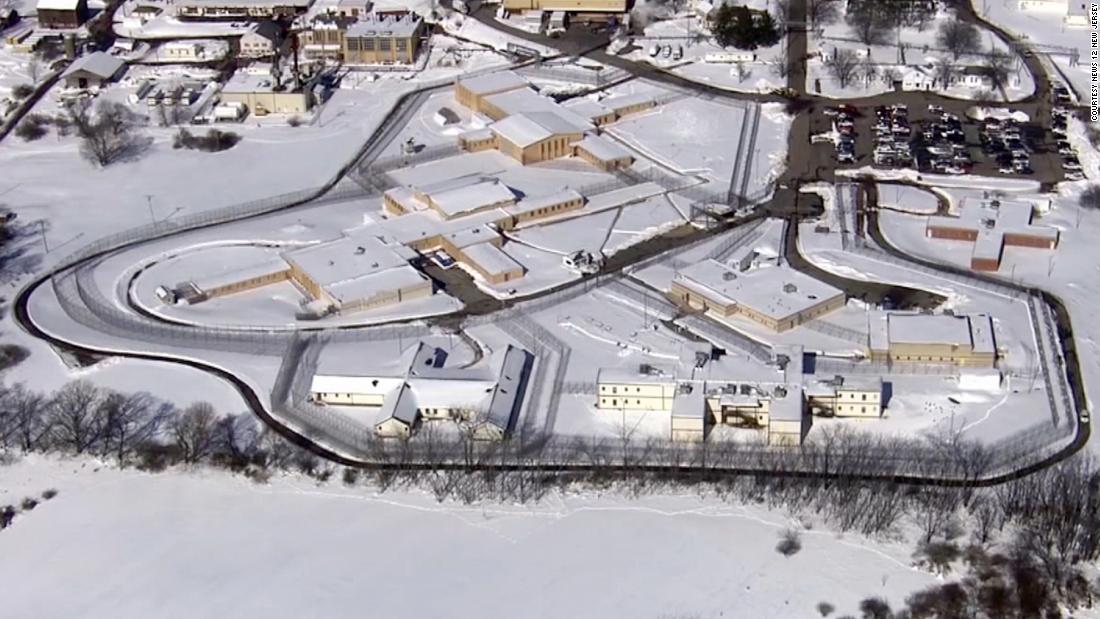 The charges, announced Thursday by State Attorney General Gurbir S. Grewal, involve the pepper-spraying and punching of one inmate 28 times and the punching of another inmate who was in handcuffs.

Grewal said his department will release footage from the alleged incidents at the Edna Mahan Correctional Facility for Women in Clinton, New Jersey, and that additional charges are expected.

The criminal complaint alleges that at approximately 12:07 a.m. on January 12, a five-person correction officers team forcefully removed an inmate, identified as “Victim 2,” from her cell. Victim 2 was pepper-sprayed and one officer punched her 28 times, resulting in “serious bodily injuries … including concussion and facial injuries,” according to the complaint.

The correctional officer then allegedly submitted a false report about the incident, in which he said Victim 2 was throwing punches toward his torso, a claim that’s not supported by video evidence at the scene, according to the attorney general’s office.

Later at around 1:13 a.m., video surveillance shows an inmate identified as “Victim 1” throw “an unknown white liquid substance” out of her cell and into the hallway of the housing unit. A team of officers, supervised by two sergeants — the other two individuals charged Thursday — attempted to extract Victim 1 from her cell, according to the complaint.

They “did not give Victim 1 an opportunity to exit her cell voluntarily, despite her submitting to the request that she offer her hands to be handcuffed and restrained. During the subsequent forced extraction, one or more correction officers repeatedly struck Victim 1 with their fists, although Victim 1 was handcuffed,” according to the complaint.

Both sergeants “failed to report the unauthorized use of force against a restrained inmate, who was not resisting,” according to Grewal’s office. The statement also said one sergeant “falsely stated Victim 1 was banging her head into the cell door and that her cell door had to be breached to prevent further injuries after she was handcuffed,” contrary to what’s seen in the video.

The three officers are charged with official misconduct and tampering with public records or information. And the officer who allegedly attacked Victim 2 is also charged with aggravated assault.

“Edna Mahan has a long, ugly history — one that has justifiably attracted scrutiny from county, state, and federal investigators,” the attorney general said. “That’s why we must do more than simply figure out what went wrong on January 11. We must hold the responsible parties accountable, and we must fix the systemic failures that made this incident possible.”

“The indictment alleges that corrections officers committed official misconduct by abusing their office to injure or deprive individuals under their care. Any abuse of power is abhorrent and violates the public trust, and can never be tolerated or excused,” Murphy said in a statement.

CNN has reached out to the three charged officers and representatives from the Edna Mahan Correctional Facility for comment.

Munawar Faruqui: Bail for jailed India comic who did not crack a joke