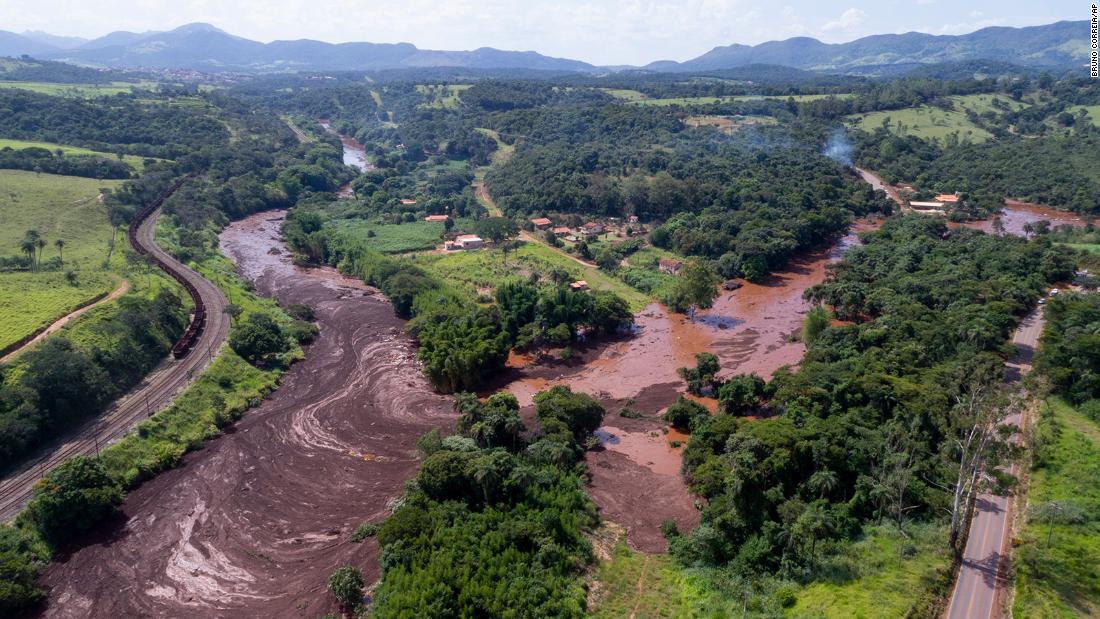 
The settlement with the Brazilian state of Minas Gerais, which was announced on Thursday, is the largest in the country’s history, according to local media. The Court of Justice of Minas Gerais mediated the agreement, which will provide funds for affected communities, emergency aid and resources for urban mobility.

In January 2019, a dam holding waste water from Vale’s (VALE) iron ore mine in the town of Brumadinho burst, burying the workers’ cafeteria and dozens of homes under a toxic wave of sludge. It also polluted local rivers.
Minas Gerais, a state whose name translates to “general mines,” is a mining hub in the southeast of Brazil. The 2019 disaster came after another mining dam in the state burst in November 2015, inundating the small village of Mariana and killing 19 people.

“Vale is committed to fully repair and compensate the damage caused by the tragedy in Brumadinho and to increasingly contribute to the improvement and development of the communities in which we operate,” CEO Eduardo Bartolomeo said in a statement.

In 2016, mining company Samarco — a joint venture between Vale and BHP Billiton (BBL) — reached a deal with the Brazilian government to pay up to 24 billion reais ($6.2 billion) over the Mariana dam collapse.

The disasters, which left thousands of families in mourning, have renewed scrutiny of the company’s practices and of environmental regulations in Minas Gerais.

Vale has said that since the latest breach two years ago, the company has tried to work with “the impacted families, providing assistance to restore their dignity, well-being and livelihoods.”

“In addition to meeting the most immediate needs of the affected people and regions, it is also working to deliver projects that promote lasting change to recover communities and benefit the population effectively,” the company said in its statement.