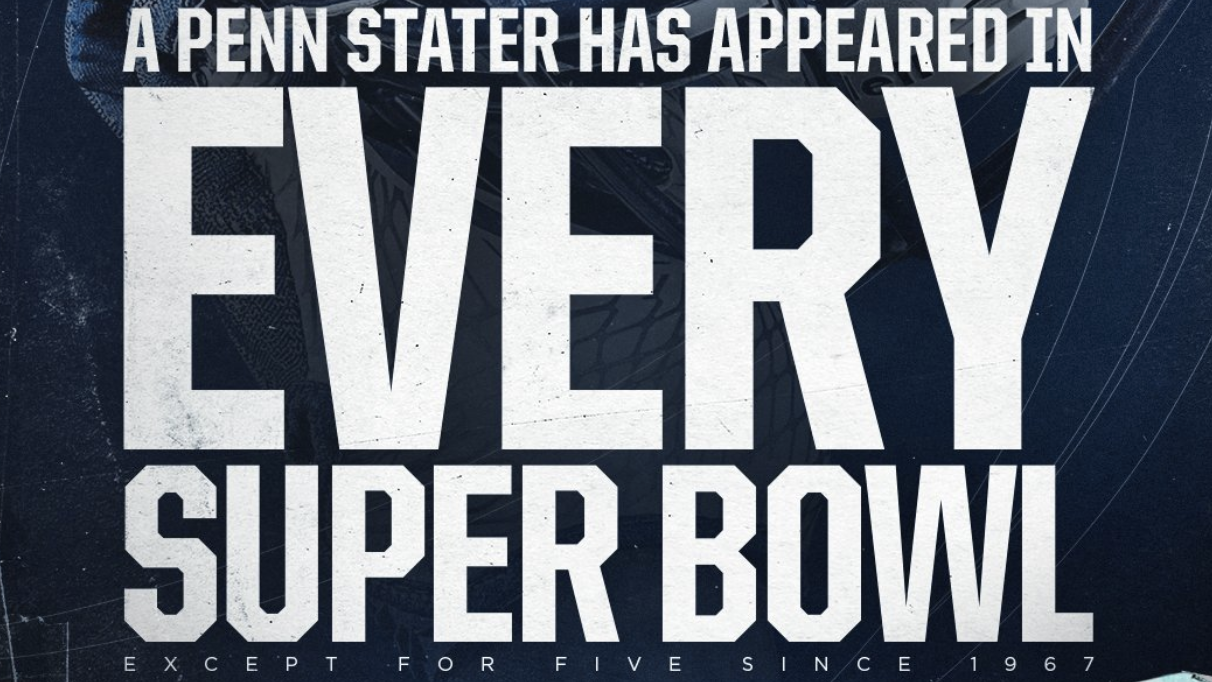 
It’s the week of Super Bowl LV, and Penn State and other college football teams around the country are touting their history in the game.

Using it as a recruiting tool, programs show off their ability to put players into the league and have their schools represented in the Super Bowl. It’s as much a part of the yearly Super Bowl tradition as prop bets and nachos. But the fine print has gotten the Nittany Lions dragged on social media.

On Thursday, Penn State football tweeted that a former player has appeared in every Super Bowl. But in tiny type under the bold letters was the key part of the stat: “Except for five since 1967.”

Social media was quick to notice the caveat to Penn State’s big-game glory and created their own graphics hyping their “successes.”

A day later, sufficiently roasted by the internet, Penn State sent out another graphic that got in on the joke.

No magnifying glass needed for this one… 😂 pic.twitter.com/vtp6zDIjEa