What needs to happen for Duke men’s basketball to make the NCAA tournament? 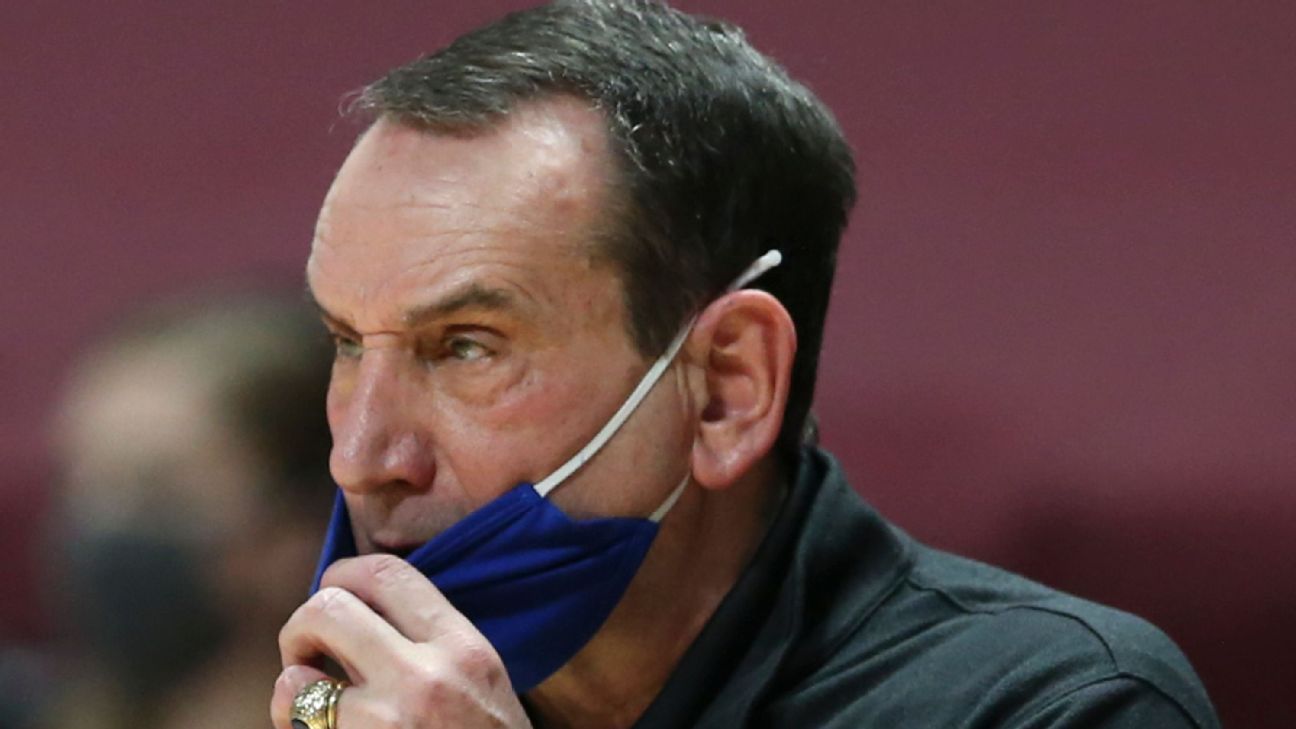 After losing at home to North Carolina 91-87, Duke’s record now stands at 7-7. A team that was ranked No. 9 in the AP’s preseason poll is on a trajectory to miss the NCAA tournament for the first time since 1995.

Can Mike Krzyzewski’s team change that trajectory, even at this late date? Put it this way — the Blue Devils are at the point where earning an at-large bid will require either running the table the rest of the way or something very close to it.

Coach K’s team has just three games remaining on its schedule against opponents that appear more likely than not to reach the NCAA tournament: Virginia, Louisville and a rematch against the Tar Heels in the season finale. The games against the Cavaliers and the Cardinals will be in Durham, while the second contest against UNC will take place in Chapel Hill.

Wins in all three games would of course help Duke’s profile significantly, but the larger issue is that, at 5-5 in the ACC, the Blue Devils have shown few signs that they would be able to pull off such a sweep.

Granted, there’s a case to be made that Duke is likely better than its record suggests. All five of its conference losses have come by seven points or less, Matthew Hurt is a good scorer from both sides of the arc (though he turned in a disappointing seven-point effort against North Carolina) and the Blue Devils actually entered their game against the Tar Heels ranked in the top 30 at KenPom.com.

Nevertheless, these resume bullets have yet to translate into wins in Durham. With nine scheduled regular season games remaining, a record that is only two or three games above .500 would appear to be a very real possibility for Duke heading into the ACC tournament. The most likely scenario is that the Blue Devils will have to win that event in order to keep its streak of NCAA tournament appearances alive.

What went wrong? Duke has taken a step back this season on both sides of the ball. In a year when the ACC might not have a team seeded higher than the No. 3 line in the field of 68, the Blue Devils have been unable to distinguish themselves either offensively or defensively.

This is a team that for the balance of the season has struggled to make shots from the perimeter, though Duke did manage to connect on 11-of-25 3s against North Carolina. Meanwhile, on defense, ACC opponents have shot very well from beyond the arc and, most uncharacteristically, have made plenty of trips to the free throw line. The overall result has not looked at all like a typical Duke team.

Perhaps the conventional wisdom is correct, and the demands placed on teams by this most unusual season have had an even greater impact on the very talented yet very young likes of Duke and Kentucky. Maybe the Blue Devils just didn’t have enough time together as a team in the run-up to the regular season, and now we’re seeing the consequences.

Then again, teams like Ohio State and Michigan have made fairly significant changes in their rotations since last year, and they’re faring pretty well. Jalen Suggs and Andrew Nembhard are just as new to Spokane as Hurt and DJ Steward are to Durham, and the Bulldogs are undefeated.

Maybe there is no single factor or tidy explanation behind Duke’s current plight. Instead, the Blue Devils may have been relegated to their current status by a convergence of events. This time, the freshman class didn’t produce a single lead scorer capable of putting the team on his back night in and night out. This time, the veterans didn’t include among their number a Tre Jones or a Grayson Allen.

This time, it appears, Duke is going to miss the NCAA tournament for the first time in 26 years. That is the Blue Devils’ fate unless a miracle occurs and, indeed, starts occurring right now.