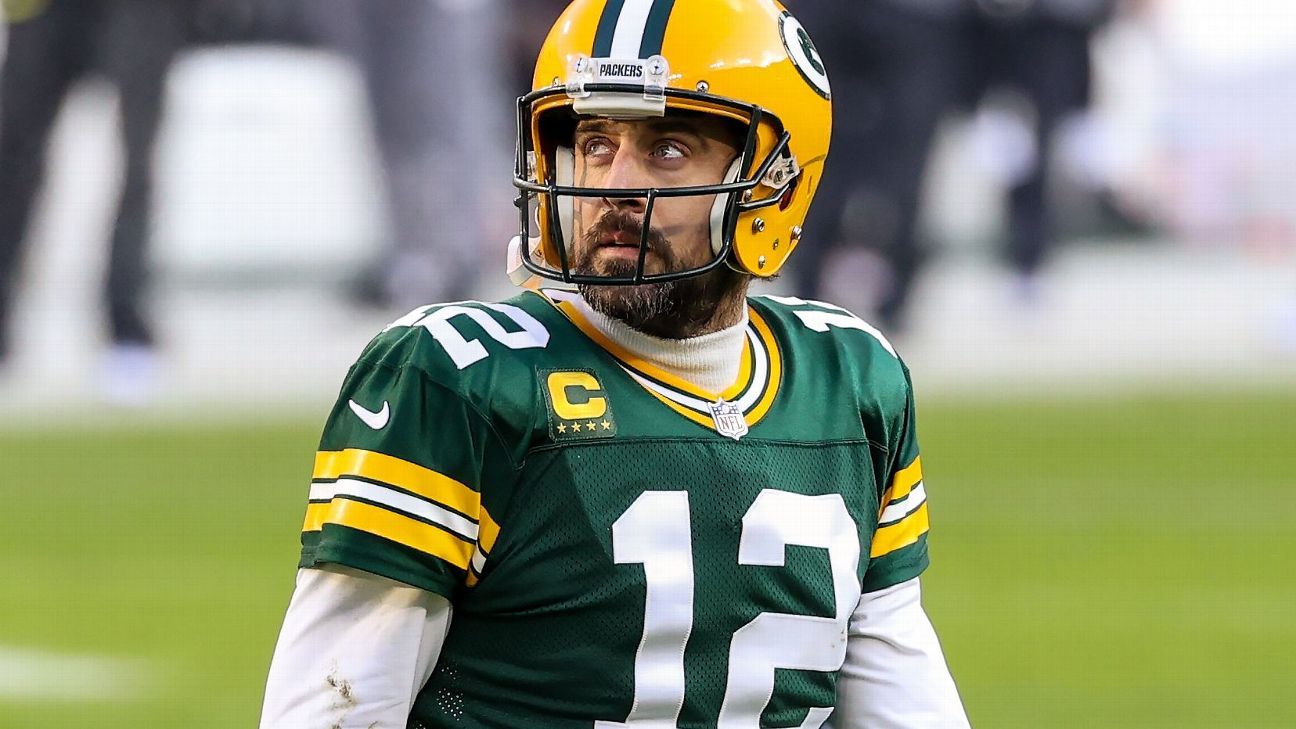 To the surprise of no one, quarterback Aaron Rodgers won his third MVP award. He led the Packers to the NFC title game before falling the Tom Brady and the Bucs.

Here’s a look at who took home all the awards and why:

Aaron Rodgers, QB, Green Bay Packers: Rodgers proved to the world that the past few years — an injury-filled 2017, a coaching change during the 2018 season and a transition to a new coach in 2019 — weren’t the sign of decline. He said during the final week of the season that “[It’s] the personal part of it, where just proving to myself again the level that I can play at, a couple years where although I felt like I played well, the results didn’t always line up with how I felt like how I was playing.” A season with 48 touchdowns and five interceptions proved that. He became the third player in NFL history to lead the league in touchdown passes while throwing the fewest interceptions (joining Tom Brady in 2010 and Johnny Unitas in 1958). He set a career high with an 84.4 Total QBR, the third-highest mark in a single season since the metric was first tracked by ESPN 15 seasons ago. And he did it without the benefit of any added weapons last offseason, when the consensus was the Packers needed another top-line receiver to complement Davante Adams. Rodgers is the sixth player to win the award three times, joining, among others, former Packers quarterback Brett Favre. “Not many guys have done it,” Rodgers said late in the season. “Being a part of history [would be] pretty special.” — Rob Demovsky

Offensive Player of the Year

Derrick Henry, RB, Tennessee Titans: Henry turned in one of the NFL’s most dominant seasons by a running back. The Titans won eight of the 10 games in which Henry rushed for at least 100 yards. Defenses focused on stopping Henry every week by stacking the box. Despite that, he became the eighth player in NFL history to rush for 2,000 or more yards. Henry’s 2,027 rushing yards was the fifth-highest single-season total in NFL history. The 6-foot-3, 247-pound back finished first in rushing yards, carries (378) and rushing touchdowns (17). Only 13 other players have led the NFL in rushing in back-to-back seasons, and 11 of them are in the Pro Football Hall of Fame. Henry rushed for 200 or more yards and two rushing touchdowns in a game three times this season, making him the first player in league history to do so. His ferocious stiff arm on Buffalo Bills defensive back Josh Norman provided one of the league’s most memorable moments this past season. — Turron Davenport

Defensive Player of the Year

Aaron Donald, DE, Los Angeles Rams: Donald joins elite company as he becomes the third player in NFL history to earn Defensive Player of the Year a third time. Former New York Giants linebacker Lawrence Taylor and Houston Texans defensive end J.J. Watt are the other three-time winners. In his seventh NFL season, Donald continued to demand opponents’ attention because of his ability to single-handedly wreck a game plan. On the NFL’s top-ranked defense, Donald had two games with multiple sacks, including four against the Washington Football Team. He finished the season second in the NFL with 13.5 sacks and created the first pass-rush pressure on 98 plays (ranked second). He also had a 21% pass rush win rate against double-teams (first among interior linemen). Donald was named first-team All-Pro for the sixth time and was voted to a seventh Pro Bowl. He previously won NFL Defensive Player of the Year in back-to-back seasons in 2017 and 2018, when he had 11 and 20.5 sacks, respectively. — Lindsey Thiry

Offensive Rookie of the Year

Justin Herbert, QB, Los Angeles Chargers: To quote Miley Cyrus, Justin Herbert came in like a wrecking ball … but in a good way. Without Herbert’s heroics and 4,336 passing yards and 31 touchdowns, the season would have been a disaster. Herbert breathed life into a talented team crushed under the weight of poor coaching decisions, poor clock management and its own history of failing to close out games (since 2006, the Chargers had lost 72 games by one score). Herbert made the Chargers exciting and fun to watch and is everything they and first-year head coach Brandon Staley want for the future. And against the Bucs in October, Herbert threw a 72-yard touchdown pass — flat-footed — to Jalen Guyton. Not bad for a rookie who expected to back up Tyrod Taylor all season. — Shelley Smith

Defensive Rookie of the Year

Chase Young, DE, Washington Football Team: When you’re picked No. 2 overall, expectations are high. Young not only met them, but in some cases exceeded them. Young defended the run, harassed the quarterback and became a leader. The first two points were what Washington anticipated. Young finished with 7.5 sacks and 10 tackles for a loss. He played with talented linemates, but Young was the one most often double-teamed — and sometimes tripled — as lines often slid protection his way. He improved as a pass-rusher as the season progressed. In his last five games Young recorded three sacks, two forced fumbles and three fumble recoveries, including one for a touchdown, and six of his 12 quarterback hits. His savviness often prevented plays. He also unexpectedly became a team leader simply by being himself. Teammates gravitated toward him and, because of how he worked and played, listened to him. It’s why he was named a captain late in the season. — John Keim

Comeback Player of the Year

Alex Smith, QB, Washington Football Team: Doubt about Smith’s football future trailed his recovery from a broken fibula and tibia followed by 17 surgeries because of infections. Doctors nearly amputated his right leg. After a documentary about his recovery on ESPN, one Washington team official said, “What doctor would ever clear him?” Smith later talked his way out of being placed on injured reserve for the season and eventually became a starter. Smith started six games, but he was effective as Washington went 5-1 with him and 2-8 with the others. His stats weren’t great: six touchdown passes, eight interceptions. But teammate after teammate lauded his impact. “When you look down in the huddle and he walks in with his brace, you get reminded of that. It gives you that perspective of a guy that’s being our leader,” center Chase Roullier said. — John Keim

Coach of the Year

Kevin Stefanski, Cleveland Browns: Stefanski faced unprecedented challenges for a first-time head coach, including a virtual offseason, installing a new offense over Zoom and a shortened training camp. Despite those obstacles, Stefanski guided the Browns to the playoffs for the first time since 2002. His calming influence was most felt, however, in the game he didn’t even coach. Stefanski had to stay home for Cleveland’s playoff trip to Pittsburgh after contracting COVID-19. But without him, several assistants and key players who also had to stay home with the virus, the Browns jumped all over the Steelers on the way to Cleveland’s first playoff victory in 26 years. Since returning to the league in 1999, the Browns have cycled through 11 head coaches. In Stefanski, they finally appear to have a keeper. — Jake Trotter