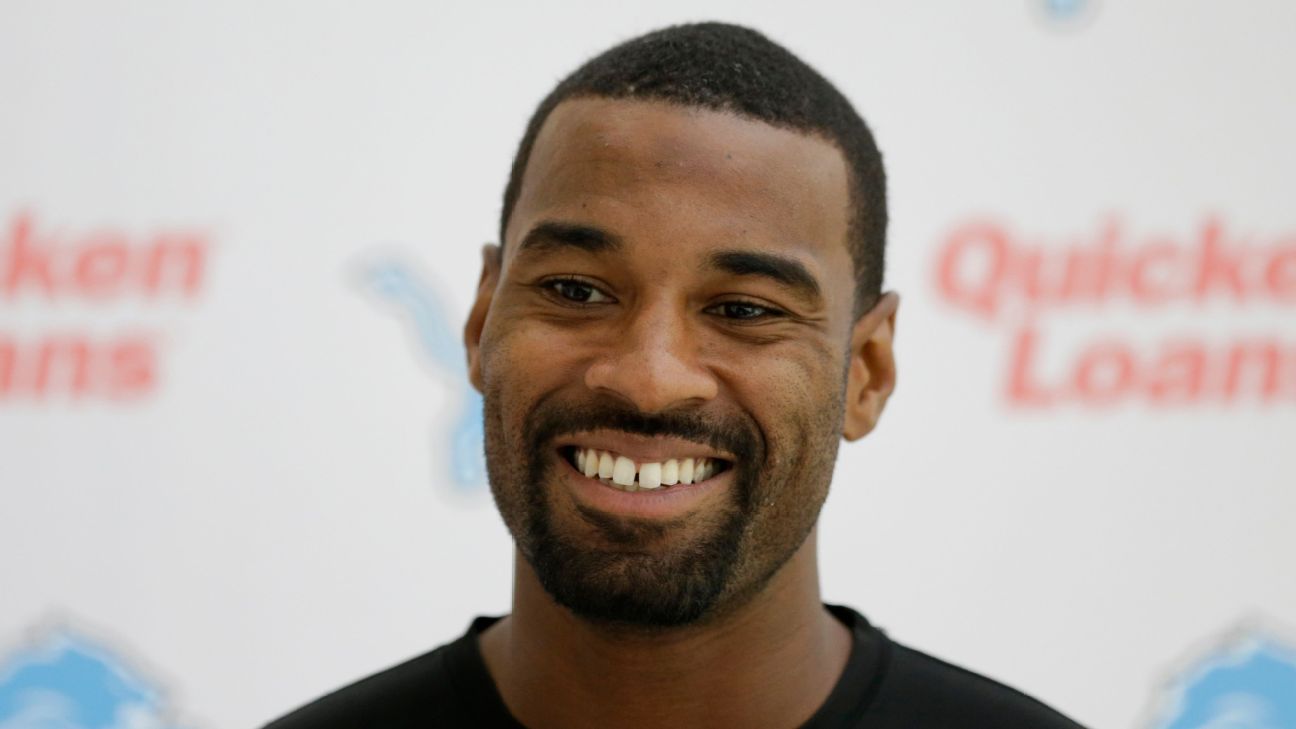 
Nothing is settled yet, but it appears the Detroit Lions and Hall of Fame wide receiver Calvin Johnson could be headed toward a reconciliation after years of Johnson being away from the franchise.

Johnson, who was officially selected to be part of the Pro Football Hall of Fame’s Class of 2021 on Saturday, said he has spoken with Lions owner Sheila Ford Hamp recently — the first real acknowledgment of fences possibly being mended.

“You know, I really do hope it does,” Johnson said Sunday in a Hall of Fame conference call. “I think that, I know that myself and Sheila Hamp, we’ve had some great conversations recently, and it’s been good to get to know her and just really have those face-to-face conversations.

“So I think that we’re moving in the right direction.”

The two sides have been in a dispute over Johnson having to pay back a little over $1 million, the signing bonus he had been given at the start of his last contract, to the Lions upon his retirement after the 2015 season.

Last month, Hamp spoke for the first time about the franchise’s fractured relationship with Johnson, and while she declined to go into the issue in detail, she did express an interest in repairing the relationship.

“I hope we can repair things with Calvin Johnson,” Hamp said in January. “He was obviously an amazing player for us and we’re going to continue to reach out to him and hope that we can repair things because I think it’s important that he come back into the Lions family.

“We’d love it if he could or he will. So … and we are 100 percent behind him for his Hall of Fame ballots and hope that he gets it this time. He was a great, great player and a terrific person and we would love to have him back with us and working with us and helping us with everything.”

Johnson, who still lives in suburban Detroit, had not done anything publicly with the franchise since retiring. After initially considering moving back to Georgia, where he grew up, he chose to stay in Michigan with his family and work with Primitiv, the cannabis business he and former Lions offensive lineman Rob Sims have started.

Johnson did not have a retirement news conference and did not speak with the media from the day he retired until he held his annual camp that June. Since then, Johnson has expressed frustration with how this part of his retirement was handled multiple times over the past five years, including telling ESPN in December 2016: “I just wish that it ended a little bit differently.”

In the immediate aftermath, former Lions head coach Jim Caldwell — the last NFL coach Johnson played for — said he hoped the Lions and Johnson would eventually work things out.

“Playing in the National Football League for a team, it’s like a family,” Caldwell said in 2017. “Families sometimes have disagreements. They look at things a little differently. I have grown children. Sometimes we look at things a little differently. We hash them out, talk them out. There’s dialogue, but it doesn’t mean I don’t love them. But we get the differences worked out.

“I think the same thing will happen in this situation. Maybe there’s a disagreement, a little different viewpoint, but the most important thing, I think, is perhaps this whole thing will bring about a little more dialogue.”

The Lions have changed owners from Martha Ford to Hamp and have gone through two coaches (Caldwell and Matt Patricia) and a general manager change from Bob Quinn to Brad Holmes in the time Johnson has been away from the franchise.

For the first time since then, it appears Johnson and the club are headed toward a reunion. Johnson is the Lions’ all-time leader in receptions (731), receiving yards (11,619) and receiving touchdowns (83).

Fans have clamored for the Lions to fix things with their star receiver — and Johnson spoke about the fans and the city he has called home for over a decade during his Hall of Fame news conference.

“To you guys, this is everything. You guys were everything to us,” Johnson said. “You filled that stadium. You brought the energy each and every Sunday, even though, in my tenure there, we were 0-16 [in 2008], but you guys still believed in us, you all believed in the city and you all believe that we’re going to have a Super Bowl winner there at some point.

“I hope for you guys that it is sooner than later and I’ve loved living my whole adult life in Michigan. I’m still there and I love you guys and appreciate you guys for all the support and love that you guys have shown me from then until now. And Detroit, the city, is number one in my heart, for sure.”

Iran nuclear deal: US sanctions will not be lifted for talks, says Biden