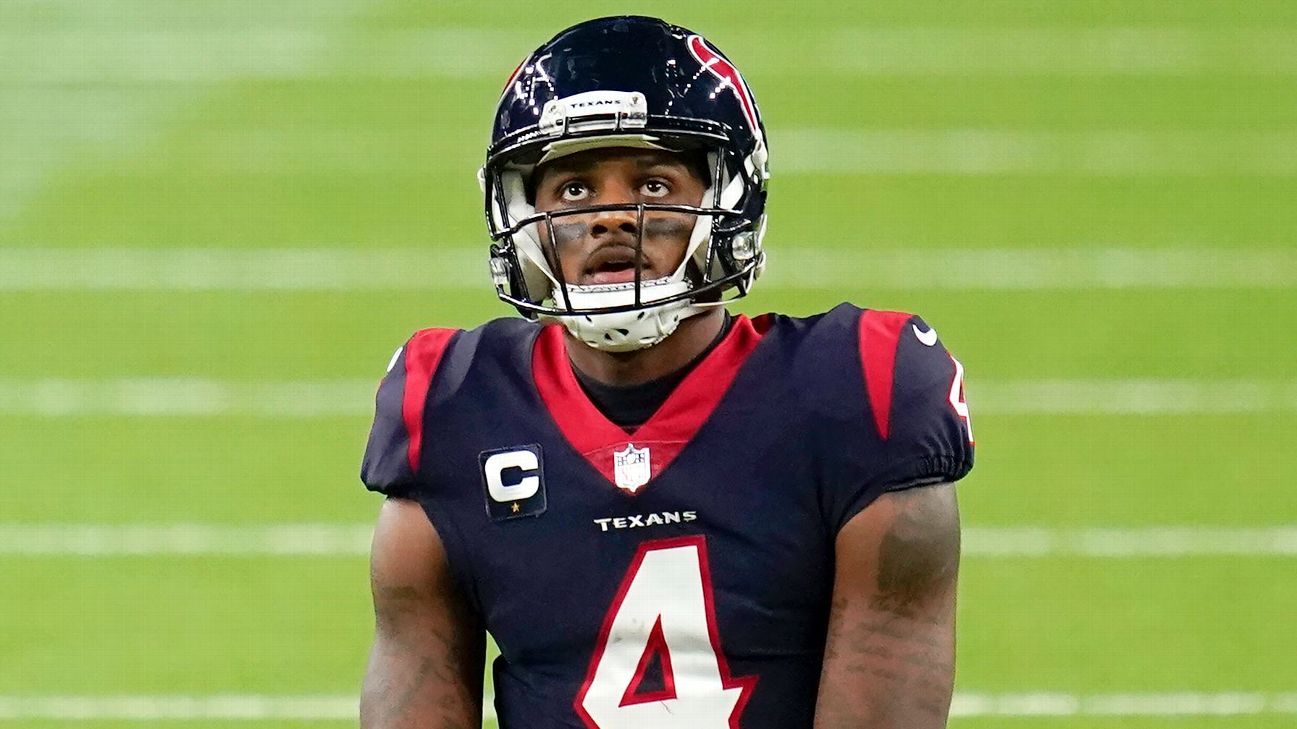 
The Houston Texans continue to tell any team that calls that they are not trading Deshaun Watson, league sources told ESPN, as the standoff between the team and its franchise quarterback continues.

Other teams around the NFL have gotten that message and now they are waiting to see whether the Texans’ stance will change, but sources within and around the organization told ESPN that their position will not change.

As speculation continues to swirl regarding Watson, the Texans have moved ahead by making sweeping organizational changes. This past week, they dismissed director of football administration Kevin Krajcovic, equipment manager Mike Parson and his staff and another longtime employee, Doug West.

Parson was said to have a close relationship with Watson, and these changes aren’t sitting well with players.

Mike Parson and his entire equipment staff are incredible people who went above and beyond to help every player in the locker room every single day.

A great man and a great staff who shouldn’t be out of work for long.

Anybody would be lucky to have them. pic.twitter.com/66hSlVlIpq

One player privately commented to ESPN that the Texans are weeding out employees who were not hired by executive vice president Jack Easterby and new general manager Nick Caserio, replacing them with employees who will be indebted to them for their work.

These changes are not expected to help the situation with Watson.

Watson, who signed a four-year, $156 million contract extension in September, is under contract through the 2025 season. He has a no-trade clause, but given the length of his contract and the possibility of franchise-tagging him for three years, the Texans could choose not to trade him and would have control of his rights through the 2028 season.

The trade request comes after Watson was reportedly unhappy with the process used by the team to hire Caserio in early January.

Super Bowl 2021 — Dolly Parton, Wayne’s World and shots at 2020 in this year’s commercials