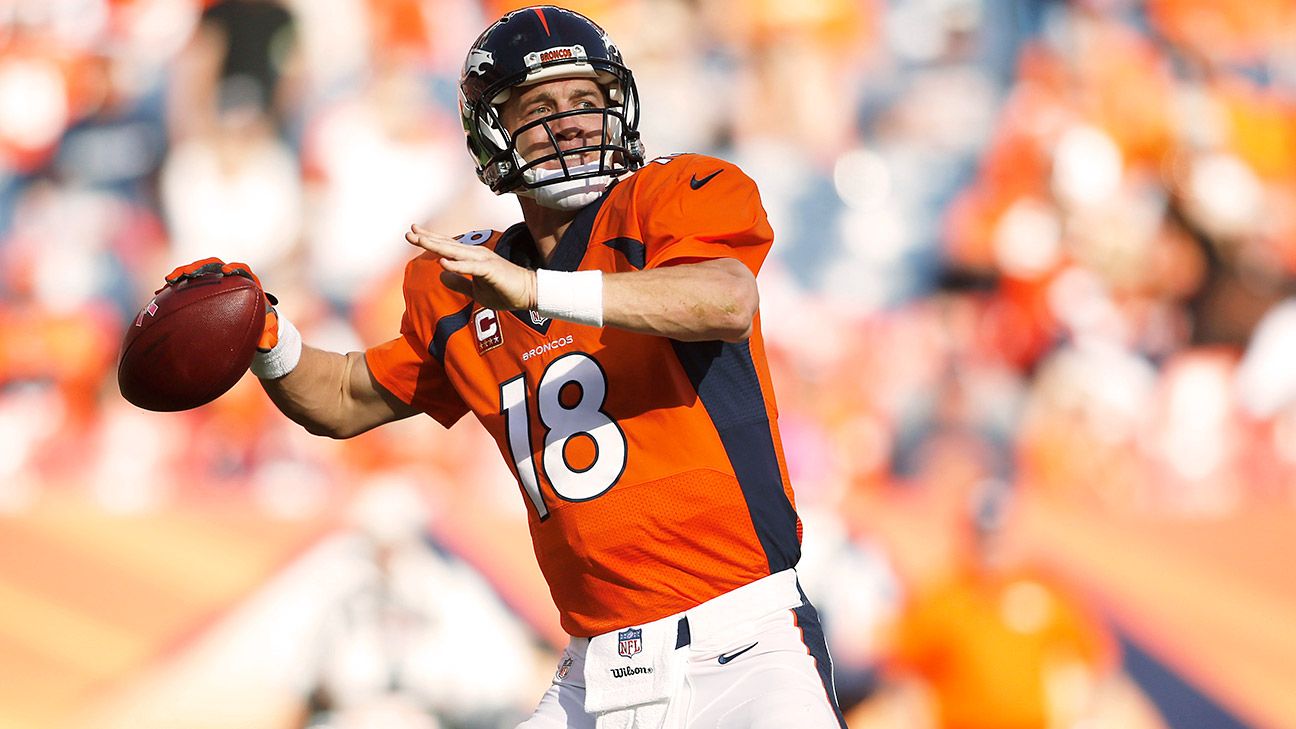 
For the ninth consecutive year, a first-time-eligible player is among the newest enshrinees for the Pro Football Hall of Fame.

This year’s class was chosen by the Hall’s board of selectors on Jan. 19 during a virtual meeting. The eight new Hall of Famers will be enshrined during a multiday event Aug. 5-9 in Canton, Ohio. The extended enshrinement weekend will also include ceremonies for the Hall’s Class of 2020 as well as the Centennial Class of Hall of Famers selected as part of the league’s 100th anniversary — those were canceled last year due to COVID-19 restrictions.

The road that guards like Faneca must travel to get to Canton is difficult. Will Shields was a 12-time Pro Bowl selection who didn’t miss a game in his career, and he was finalist four times before he reached the Hall. Faneca was so athletic and versatile that his string of first-team All-Pro selections was only broken because the team needed him to play left tackle for much of the 2003 season.

Why he was elected: A nine-time Pro Bowl selection as well as a six-time first-team All-Pro, he is one of 12 guards in league history to be a first-team All-Pro six or more times — the other 11 are already enshrined in Canton. His teams were among the league’s top five in rushing six times in his 13 seasons and led the league twice.

Signature moment: Faneca’s favorite career moment was Willie Parker’s 75-yard touchdown run in Super Bowl XL, where the Steelers defeated the Seattle Seahawks. The 34 Counter Pike had Faneca leading the way to an 11-point Steelers lead in what became a 21-10 victory. It’s the longest rushing touchdown in Super Bowl history.

He said it: “It started with him. He was the guy up front.” — Hall of Fame linebacker Brian Urlacher

At 6-foot-5, 237 pounds with 4.3 speed, Johnson changed the way some looked at the position. A six-time Pro Bowl selection, Johnson led the league in receiving yards twice, and in 2012 he came within 36 yards of becoming the first receiver in NFL history to finish with 2,000 yards in a season.

Why he was selected: Johnson dominated no matter who threw him the ball. He had six different starting quarterbacks in his nine-year career and caught a touchdown pass from seven different quarterbacks. During his career none of his teammates on offense were named to an AP All-Pro team. And during the nine years he played, he led the NFL in receiving yards (11,619), receiving TDs (83), receiving yards per game (86.1), 100-yard games (46), 200-yard games (five) and games with multiple receiving TDs (17).

Signature moment: Johnson’s teams played in two playoff games in his career, and in his postseason debut he caught 12 passes for 211 yards and two touchdowns, but the Lions lost to the New Orleans Saints in a wild-card game. In 2013, he had 14 catches for 329 yards and a touchdown in a regular-season win over the Cowboys, one of three career games with at least 225 yards receiving.

They said it: “He is, in my opinion, the LeBron James football. … He’s definitely a one-of-a-kind receiver.” — former NFL cornerback Aqib Talib

Before he was picking players as the San Francisco 49ers’ general manager, Lynch was a nine-time Pro Bowl selection, two-time first-team All-Pro selection and a Super Bowl winner. A highly touted baseball prospect who was once a second-round pick of the Marlins, he developed into one of the NFL’s best safeties.

Why he was selected: He was a physical presence in the Buccaneers’ Tampa-2 defense; former Bucs coach Tony Dungy has said a player of Lynch’s intelligence and versatility was both the most needed and difficult to find to run the scheme. He had eight 80-tackle seasons, including 84 tackles in 2006 at age 35 and three with over 100 tackles. He was named to the Pro Bowl in each of his four seasons with the Broncos.

Signature moment: He was a big-moment player who consistently created impact to change games — 14 of his 26 career interceptions came in the fourth quarter, with 11 of those fourth-quarter picks coming in one-score games. And in a career filled with big hits, he played with so much intensity that he once knocked his brother-in-law, Bears tight end John Allred, out of a game.

They said it: “He reminded me of a lot of guys like Ronnie Lott and Steve Atwater. … John didn’t just play the position, he occupied a spot in your mind, and you had to be aware at all times where he was on the field.” — Hall of Fame running back Barry Sanders

One of the league’s most decorated players, Manning was a five-time MVP, a 14-time Pro Bowl selection, seven-time first-team All-Pro selection and won two Super Bowls. Over his 18-year career, he was one of the most difficult players to defend because of his preparation, recall, passion for the game and ability to put the ball where it needed to be play after play, game after game, season after season.

Why he was elected: This is a no-brainer. At the time of his retirement, Manning held NFL records for passing touchdowns (539), passing yards (71,940) and quarterback starts won by his team (186, tied with Brett Favre). His single-season records of 5,477 yards passing and 55 touchdowns, set in 2013 with the Broncos, still stand.

Signature moment: In a career filled with many, it’s tough to pick just one, as his teams made the playoffs 15 times. But raising the Lombardi trophy for the first time and winning MVP when the Colts won Super Bowl XLI was a significant one. Others would simply say that in fully carrying out the most fundamental of things — like a handoff in almost any December practice — no matter the circumstances, no matter how many times he had done it before, Manning took it seriously and delivered.

He said it: “I revere football, I love the game. So you don’t have to wonder if I’ll miss it. Absolutely, absolutely I will. … There were players who were more talented, but there was no one who could outprepare me.” — Manning on the day he retired

It’s fitting that Manning and Woodson, who were both Heisman Trophy finalists in 1997, will stand next to each other on the stage in Canton for the enshrinement ceremonies. Woodson was a nine-time Pro Bowl selection and was both the Defensive Rookie of the Year (1998) and Defensive Player of the Year (2009) in his career.

Why he was elected: A multifaceted playmaker who was the first player in NFL history to have at least 50 interceptions and 20 sacks, his 65 career interceptions are tied for fifth all time. He led the league in interceptions with nine in 2009 at age 33 and tied for the league lead in 2011 with seven at age 35.

Signature moment: Woodson’s impeccable timing was on display after President Barack Obama, the highest-profile Bears fan, said during the 2010 season he would not attend Super Bowl XLV unless the Bears defeated the Packers in the NFC Championship Game. Woodson said: “Guess what, we’ll go see him.” And the Packers did, as Super Bowl champs, in the months that followed their win over the Steelers in the title game.

He said it: “An incredible career, man. It goes beyond words. I never intended on playing as long as I have, but this is the way it’s happened, and I’m grateful for it.” — Woodson before his final game in 2015

Why he was selected: Flores’ last three seasons as a head coach — when he returned to coaching in Seattle after being team president there under the restrictions of the dysfunctional ownership of Ken Behring — were a decidedly bumpy ride. But his time with the Raiders included two Super Bowl wins and an 8-3 postseason record for a .727 winning percentage that ranks behind only Vince Lombardi.

Signature moment: After an offseason when Raiders owner Al Davis traded Ken Stabler, Dave Casper and Jack Tatum to Houston for quarterback Dan Pastorini, Pastorini then fractured his leg in Week 5. Jim Plunkett entered the lineup, and the Raiders went on to become the first wild-card team to win a Super Bowl — they beat the Oilers along the way — and Flores became the first Hispanic head coach to win a Super Bowl.

They said it: “He was a pioneer in pro football, and we saw him as a role model.” — Washington coach Ron Rivera

Nunn started his career with the Steelers as a part-time scout while also working for the Pittsburgh Courier, where he was sports editor and then managing editor. He was the first evaluator in league history to show an NFL franchise the long-term value of scouting players at historically black colleges and universities. While players from those schools had played in the NFL before, Nunn was instrumental in carving out a far bigger role for them.

Signature moment: There were many, but two major ones: Nunn, who had always named HBCU all-star teams in the Courier and scouted the players extensively to do it, alerted the Rams in 1961 to a player at Mississippi Vocational College named David Jones, who would later be known as “Deacon” Jones in a Hall of Fame NFL career. And in 1974, after Stallworth ran an unremarkable time — on a bad field in bad weather — in a pre-draft workout for scouts at Alabama A&M, Nunn decided to stay an extra day and had Stallworth run again. The time was much better, and by the time the draft rolled around, Nunn convinced Steelers coach Chuck Noll, who wanted to take Swann in the first round in the ’74 draft, that they could wait until the fourth round to also take Stallworth.

Pearson was the only first-team selection to the All-Decade team of the 1970s who had not been enshrined in the Hall of Fame. Like many senior finalists, his career had to be looked at in the context of his era, given that his 58 catches in 1976 and 870 yards in 1977 led the league. A three-time All-Pro, he averaged at least 17 yards a catch in five seasons, including four of his first five years in the league.

Why he was elected: Pearson, a former college quarterback who made the Cowboys’ roster as an undrafted rookie wide receiver, had 489 career catches, which wouldn’t raise an eyebrow in today’s game. But he was one of the elite receivers of his era, and his total is more than those of Hall of Famers Paul Warfield, Lynn Swann and Bob Hayes. His career was shortened by a liver injury he suffered in a car accident at age 33, an accident that killed his brother Carey. He retired shortly thereafter.

Signature moment: Pearson caught the original Hail Mary pass — from Hall of Famer Roger Staubach — to lead the Cowboys to a 1975 divisional playoff win over the Minnesota Vikings in the last 24 seconds of the game. The play got its name after Staubach said, “I threw the ball as far as I could, I closed my eyes and I said a Hail Mary.”

They said it: “He has been overlooked [by the Hall] for too long.” — Hall of Fame quarterback Roger Staubach