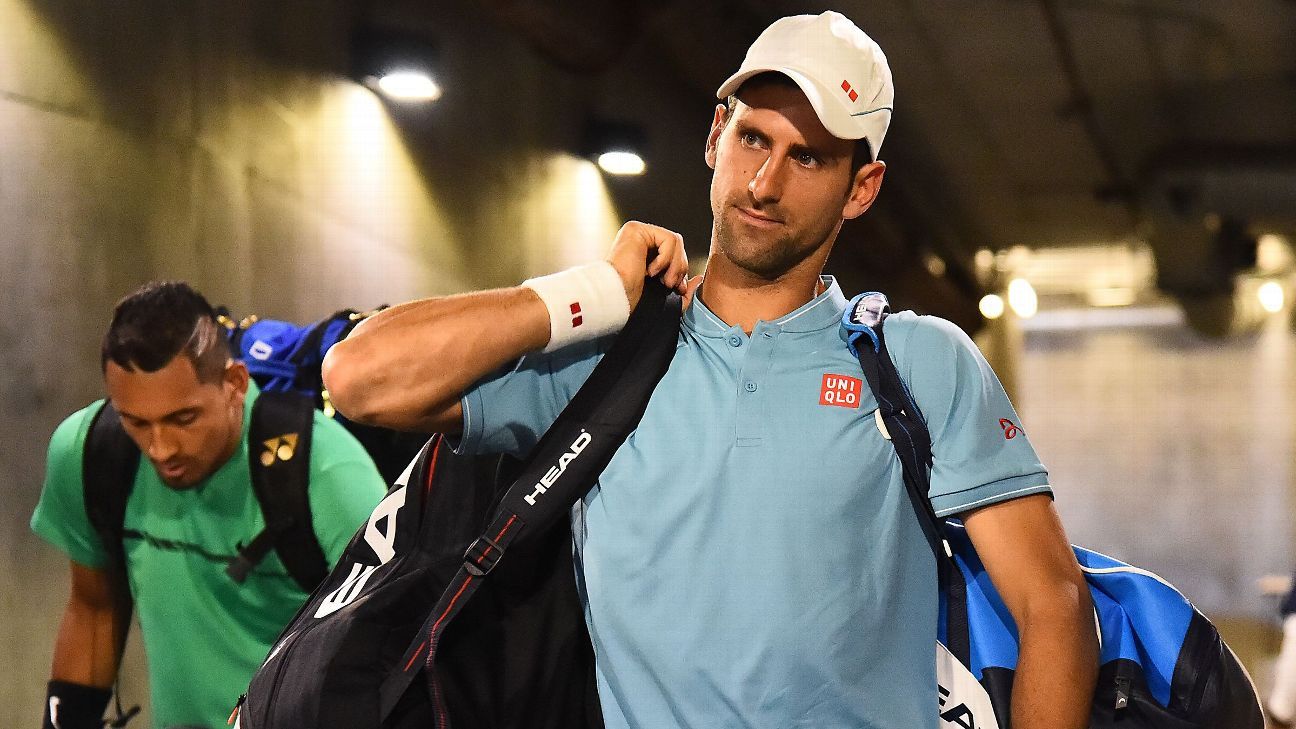 
Weeks after Nick Kyrgios called him a “tool” on Twitter, world No. 1 Novak Djokovic said he respects the Australian tennis star’s game on the court — but not his conduct outside of it.

“Off the court, I don’t have much respect for him, to be honest,” Djokovic said Sunday during his pre-tournament news conference at the Australian Open. “That’s where I’ll close it. I really don’t have any further comments for him, his own comments for me, or anything else he’s trying to do.”

Kyrgios had criticized Djokovic for a list of suggestions Djokovic sent Australian Open tournament director Craig Tiley last month, including easing the mandatory quarantine period for players leading into the event. Djokovic faced criticism from many in the country, and though he did not respond directly to Kyrgios’ tweet, he later issued an apology via social media and said his “good intentions” were misconstrued.

Djokovic, the eight-time champion in Melbourne, was asked by a reporter about Kyrgios and his comments, as well as Kyrgios’ popularity.

“I think he’s good for the sport,” Djokovic said. “Obviously he’s someone that is different. He goes about his tennis, he goes about his off-court things in his own authentic way. I have respect for him. I have respect for everyone else really because everyone has a right and freedom to choose how they want to express themselves, what they want to do.

“My respect goes to him for the tennis he’s playing. I think he’s [a] very talented guy. He’s got a big game. He has proven that he has a quality to beat any player really in the world in the past.”

This was just the latest in the back-and-forth between the two players. Kyrgios had also taken aim at Djokovic time and again in 2020 for organizing the Adria Tour exhibition event in the Balkans, which was ultimately canceled after multiple players, including Djokovic, contracted the coronavirus.

“Unfortunately when he was supposed to show some leadership and humility he went missing,” Kyrgios tweeted in August. “Majority would say he has taken an L regardless.”

Djokovic opens his title defense at the Australian Open on Monday against Jeremy Chardy. The unseeded Kyrgios, who reached the quarterfinals at the event in 2015, is also scheduled to play on Monday against Frederico Ferreira Silva. Djokovic and Kyrgios could meet in the semifinals.