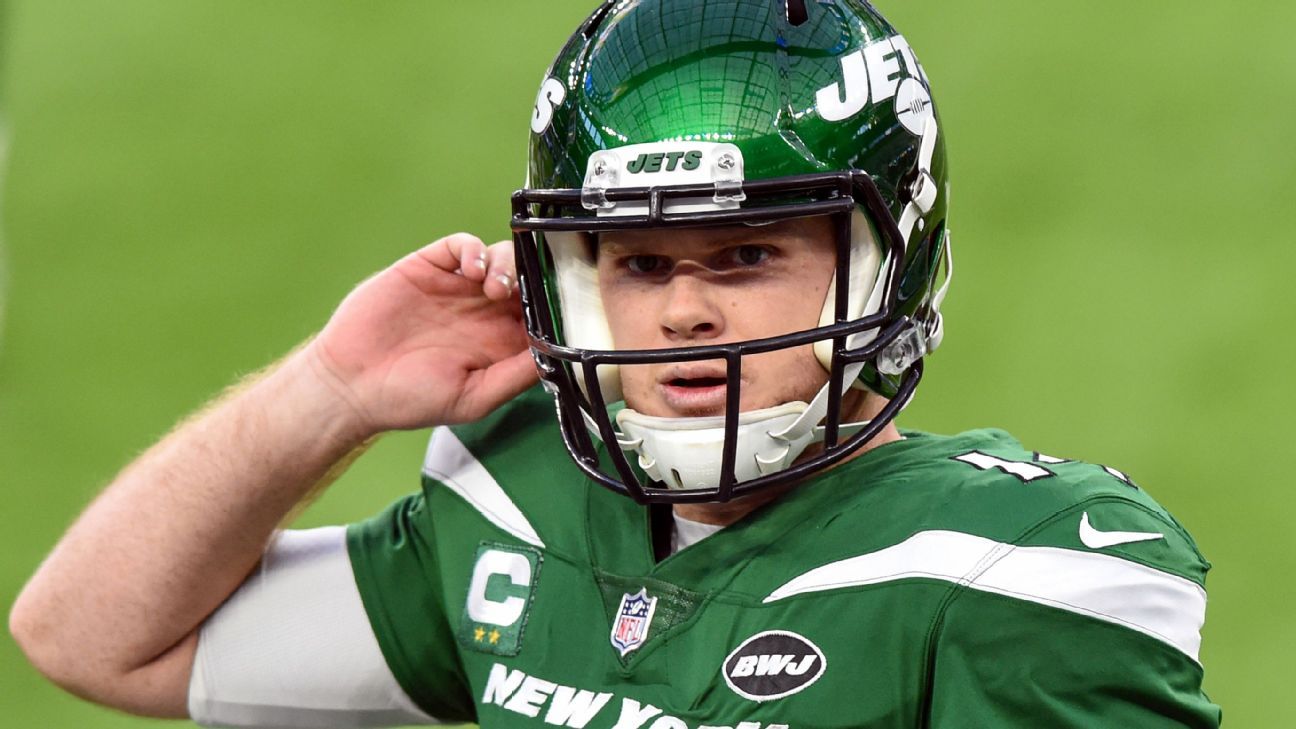 
Quarterback trade talks across the league already have heated up, and multiple teams have reached out to the New York Jets to express interest in trading for Sam Darnold, the No. 3 overall pick in 2018, per league sources.

The Jets haven’t turned away the calls, per sources, but they also haven’t made any final and firm quarterback decisions about which direction they want to or are ready to go.

They could trade Darnold, 23, use the compensation they get back in return for another quarterback, or draft a quarterback with the second overall pick. All options are being explored and are on the table, per one league source.

Contacted Saturday, the Jets would not confirm they received any trade calls on Darnold. Other sources however, have said they have.

Looking back to the first quarterback trade agreement last weekend should provide a glimpse at the potential market for Darnold.

Teams who made calls on Matthew Stafford, who was traded from Detroit to the Los Angeles Rams last weekend, included the Washington Football Team, the Indianapolis Colts, the Carolina Panthers, the San Francisco 49ers, the Chicago Bears and others.

The Jets aren’t ready to make a trade yet, and they still are sifting through what is the best path for the organization to take. But with Stafford off to Los Angeles and the Eagles nearing a deal for Carson Wentz, the Jets are not expected to be far behind in making a quarterback decision of their own that will have leaguewide ramifications.