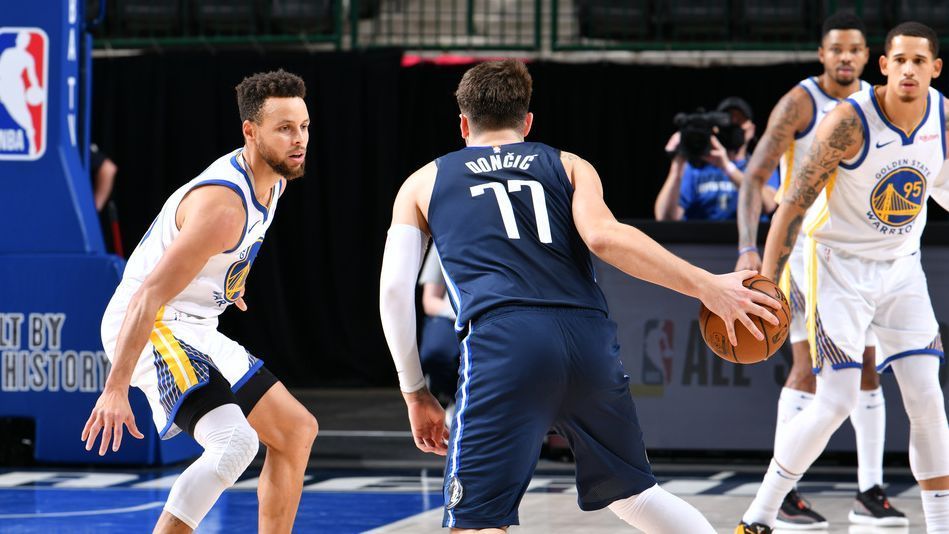 It wasn’t enough to get past Luka Doncic and the Dallas Mavericks.

The loss didn’t stop Kerr or even Doncic from gushing about Curry, who dominated throughout the game, finishing 19-for-31 from the field and 11-for-19 from beyond the arc in 37 minutes.

“Sublime,” Kerr said. “It was ridiculous the shots he was hitting. The degree of difficulty. The ease with which he made them. He’s never played better. We’re talking about a two-time MVP, three-time champion — I’ve never seen him like this. He just looks so strong to me.

“He’s always obviously been an incredible shooter, but he looks stronger to me, just getting by people, fending them off on drives to the rim, finishing. And of course, the shot-making is almost unfathomable what he’s doing out there.”

Doncic put on a show himself, going 12-for-23 from the field and 7-for-12 from deep in the victory, but the young guard was still in awe of the performance Curry put on while hitting shots from all over the floor.

“Every time he shot the ball, I thought it was going in,” Doncic said in a postgame interview with ESPN.

Curry, who two weeks ago passed Reggie Miller for second on the all-time list of made 3-pointers, continues piling up shooting numbers. Saturday’s performance was the 40th time in Curry’s 12-year career that he had at least 40 points in a game and the eighth time he had at least 50 points. It also was the 16th time that Curry made 10 or more 3-pointers in a contest.

After knocking down a 3-pointer while standing near the Mavericks’ logo at midcourt, Curry, who scored 30 points in the first half, broke out his famous shimmy, a celebratory move that has stamped some of the biggest moments in his career. He added five assists, two rebounds and two steals on a night when the Mavericks repeatedly threw extra defenders his way to try to slow his momentum.

When asked about Kerr’s assessment that he is playing the best basketball of his career, Curry reiterated that he feels his body is in a great place as he deals with more defenders every night. He said he believes he can handle the extra bodies coming his way this season.

“I feel strong,” Curry said. “I feel like I got a good rhythm. And obviously, coming off of last year, I’m just enjoying being back out there and being healthy. So definitely feel in control of my game, learning with my team as we continue to try and get better and build some momentum this season. It’s kind of a weird year. I’m playing well, and we’re getting better as a team; just we got to get those wins stacked up and then we can all feel a little bit better about ourselves.”

Curry’s scoring outburst comes just over a month after he set a career high with 62 points in a home win over the Portland Trail Blazers on Jan. 3.

“I don’t know if there’s a harder guy to play in basketball right now than Steph Curry,” Mavericks coach Rick Carlisle said, “because of all the different ways he affects the game and just his uncanny ability to make shots from anywhere on the floor. It’s easy to get discouraged when a guy’s making 30-foot shots in your face and all that kind of stuff, and our guys just hung in and found a way to win it.”

Warriors guard Kent Bazemore was specific in his praise after Curry’s 57-point outing.

“Best player in basketball right now,” Bazemore said. “It’s unreal. Brad Wanamaker and I were on the bench just cracking up at just how, first of all, fortunate we are to see that, and then two, how it’s just so effortless.

“When you’re in the heat of it and a guy has no conscience, just pull from 40 feet, it’s amazing. It’s amazing. You got to be there.”

Curry has long said he feels like every shot he takes will go in; but on nights like these, when most of his shots actually do go in, he knows that it’s tough for any team to stop him.

“It feels great,” Curry said, “especially when, depending on when the defense is guarding you, there were some tough looks. But for the most part, I was able to see where the help was coming from — and where the screens were coming from — and get to my spots. So that always is a good feeling when you feel like you’re in a rhythm and you just need a clean look and things are going to fall. But you’re also able to stay aggressive and not get taken out of that rhythm.

“So it was that type of night — and obviously, wanted to get the win. It’s kind of mixed feelings right now.”