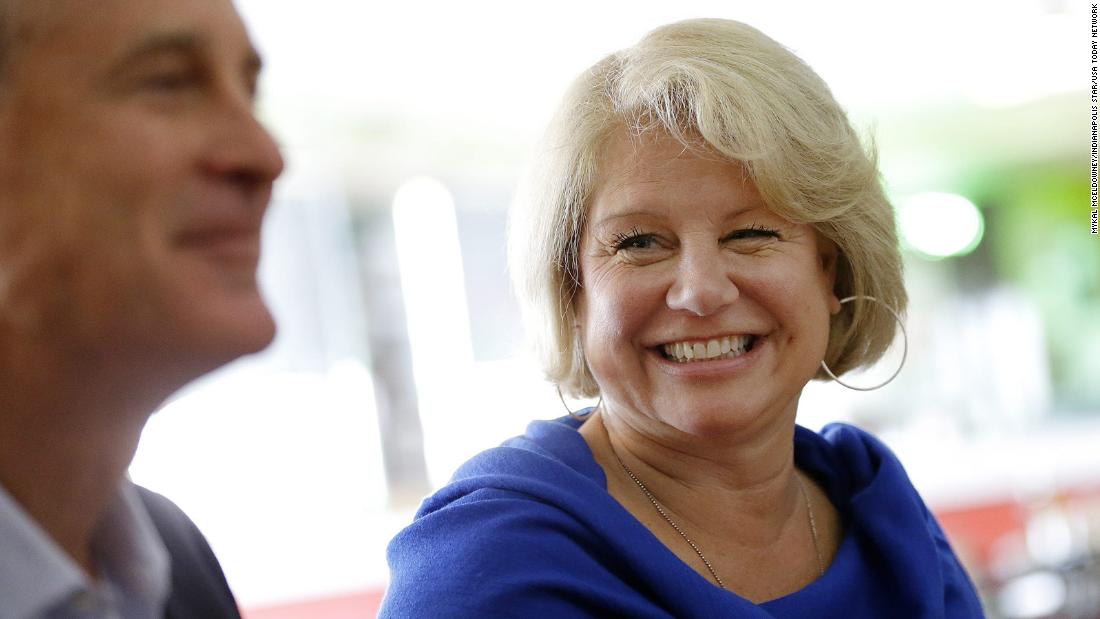 As the wife of former Indiana Gov. Evan Bayh, and the youngest first lady in the state in 150 years, she also served on the International Joint Commission under former President Bill Clinton, working on issues with Canada.

Bayh was described by her family as “an incredible person who led a life full of love, courage and accomplishment.”

President Joe Biden remembered Bayh in a statement Sunday, saying she “stood out as a singular treasure — a model of goodness, generosity, and grace.”

“Jill and I are deeply saddened to learn of the passing of Susan Bayh, a beloved public servant and a warm and wonderful friend who brought light to the lives of all who knew her,” he said.

Biden added that Bayh, who was diagnosed with the same cancer as his late son Beau, “fought her battle as she lived her life: bravely, with love and purpose.”

Bayh was an adjunct professor at her law school alma mater, the University of Southern California, in addition to other positions she held at academic institutions.