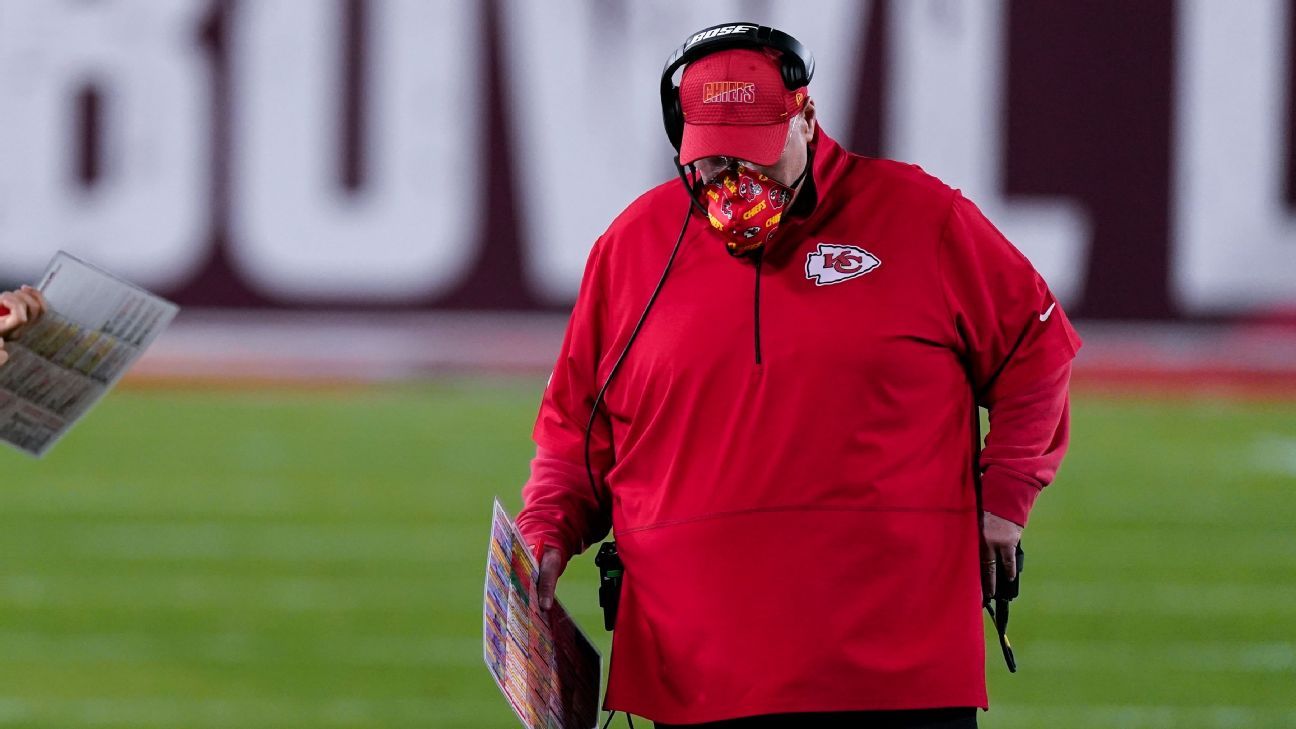 
Kansas City Chiefs head coach Andy Reid spoke for the first time publicly about his son’s auto accident that left a 5-year-old girl in critical condition, saying Sunday, “My heart bleeds for everybody involved in that.”

“My heart goes out to all those who were involved in the accident, in particular the family with the little girl who’s fighting for her life,” Reid said Sunday night after the Chiefs lost Super Bowl LV to the Tampa Bay Buccaneers 31-9. “I can’t comment on it any more than what I am here. So the questions you have, I’m going to have to turn those down; but just from a human standpoint, my heart bleeds for everybody involved in that.”

Reid’s son Britt, the Chiefs’ outside linebackers coach, was involved in the three-car crash on Thursday night in Kansas City. He did not travel with the Chiefs to Tampa, Florida, for the Super Bowl.

Britt Reid acknowledged to police he was driving the vehicle that collided with two other cars, including the one with the 5-year-old inside. The police report said the driver of the vehicle suffered non-life-threatening injuries and was being investigated for possible impairment.

A Kansas City Police Department officer said Reid’s eyes were bloodshot and that the officer smelled “a moderate odor of alcoholic beverages,” according to a police officer statement obtained by ESPN. The statement went on to say Reid told the officer that he had two to three drinks and that he also took prescription Adderall.

“From a human standpoint, it’s a tough one. From a football standpoint, I don’t think that was a problem.”