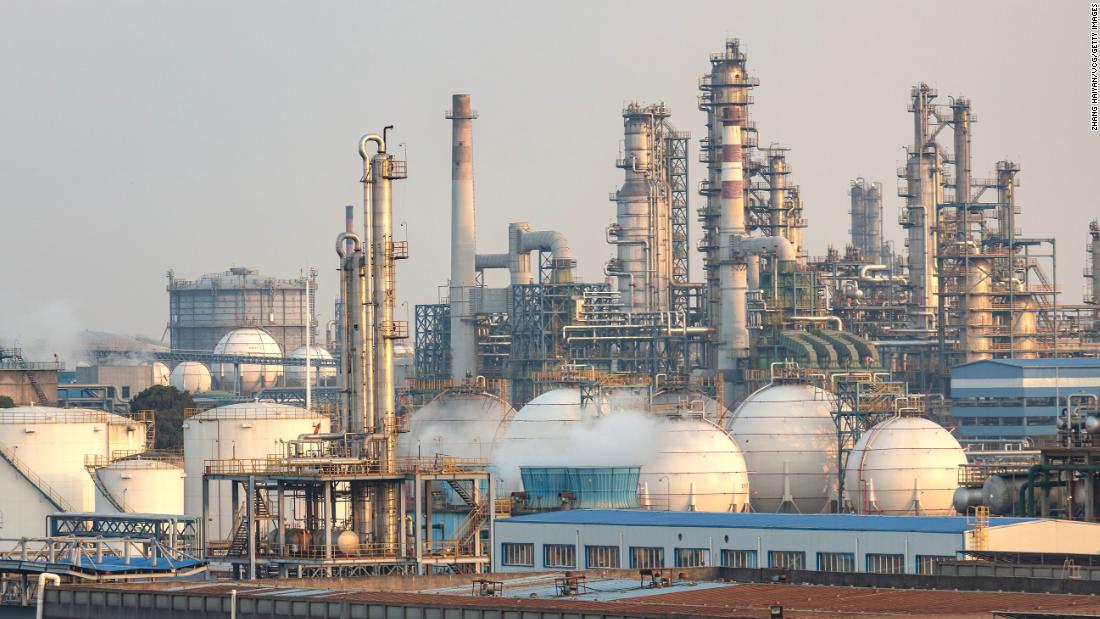 The immediate catalyst appeared to be weekend remarks from President Joe Biden that the United States will not lift sanctions on Iran to get the country back to the negotiating table. But oil prices have been on the upswing for months thanks to optimism that coronavirus vaccines will unleash demand while producers avoid flooding the market with supply.

“With Covid-19 cases now declining in certain regions, including the US and the UK, there will be a glimmer of hope that the worst is now behind us, particularly as the rolling out of vaccinations picks up,” ING commodities strategists Warren Patterson and Wenyu Yao said in a recent note to clients.

There are also meaningful signs of demand recovery in high-growth economies such as China, India and Brazil, UBS oil analyst Giovanni Staunovo told me.

The demand trajectory is definitely “pointing upwards,” he said.

Meanwhile, producers are working hard to keep supply in check so there can continue to be a meaningful drawdown in inventories, which filled up last year.

The Organization of the Petroleum Exporting Countries and allies agreed to keep production broadly steady in February and March, while Saudi Arabia said it would voluntarily cut its production by 1 million barrels per day from January’s levels.

Producers in the United States, for their part, are expected to need longer to get back up to speed.

“Investment activity has been relatively muted, and it will still take time to see a bigger impact,” Staunovo said.

Taken together, this is good news for prices. The trend has supported the shares of oil companies like Exxon and Chevron since November.

That said: Such stocks remain well below where they were before the pandemic hit, underscoring the long road ahead.

If investors become worried that asset prices have moved too high, too fast, both stocks and oil prices could be put under pressure. And the demand forecast remains murky, especially as new coronavirus variants complicate back-to-normal timelines.

AstraZeneca said over the weekend that its Covid-19 vaccine showed limited protection against the variant first identified in South Africa. It’s working to develop a new version that it could deploy this fall.

Remember: The International Energy Agency last month revised its forecast for 2021 global oil demand lower, citing “renewed lockdowns in a number of countries” that would weigh on fuel sales. Oil companies are also locked in a serious debate about whether demand can ever fully bounce back. Looking ahead to the next 12 months, the picture looks brighter, but with many unknowns.

Hyundai and Kia: We’re not talking to Apple about a car deal

Shares of Hyundai (HYMTF) and Kia plunged Monday after the South Korean automakers said they were not in talks with Apple to develop self-driving cars, closing the door on weeks of speculation.

“We are not having talks with Apple about developing self-driving cars,” Hyundai said in a statement.

The statement added that Hyundai has received requests from “numerous companies” about developing self-driving electric cars, but that “no decision has been made as we are in the beginning stage.” Apple declined to comment, my CNN Business colleagues Jill Disis and Gawon Bae report.

The announcement jolted investors who had been betting on some kind of tie-up between the companies following news reports. Kia’s stock plummeted nearly 15%, its worst day since at least 2001, according to data provider Refinitiv. The fall wiped $5.4 billion off its market value.

Interest from Apple in South Korea’s automakers made sense. Analysts have pointed out that Hyundai has been open to joining forces with tech firms. It already has partnerships with with Chinese search giant Baidu and US chipmaker Nvidia on autonomous driving, for example.

The big question: If Apple moves ahead with its car, prevailing wisdom is that it would opt to work with an experienced manufacturer. But who? Analysts have also floated Honda and Volkswagen as possible options, and attention may now turn in that direction.

Despite huge losses, US airlines are rolling in cash

The US airline industry just closed the books on the worst year in its history. But carriers still ended 2020 awash in cash, my CNN Business colleague Chris Isidore reports.

The nation’s four largest airlines — American, Delta, United and Southwest — closed out last year with a collective $31.5 billion in cash on their balance sheets. That’s up from $13 billion one year earlier, before the pandemic hit.

What gives: Though these airlines blew through $115 million a day over the course of the final nine months of 2020, easy borrowing has allowed them to shore up their finances.

Like a struggling family flooded with credit card offers, airlines have plenty of people on Wall Street eager to lend them money or help them raise funds from investors. Rock-bottom interest rates play a big role.

“The liquidity is at record levels,” said Philip Baggaley, chief credit analyst for the airline industry at Standard & Poor’s. “That’s good, and it’s one of the few strong points they have at this point.”

In addition to selling bonds and taking out loans, airlines have mortgaged their planes, frequent flyer programs and other assets, and even sold additional shares of stock, an unusual move for an industry in crisis. Meanwhile, they’ve made deep cost cuts.

“I think the general feeling is they’re wounded but they’re going to make it,” Baggaley said.