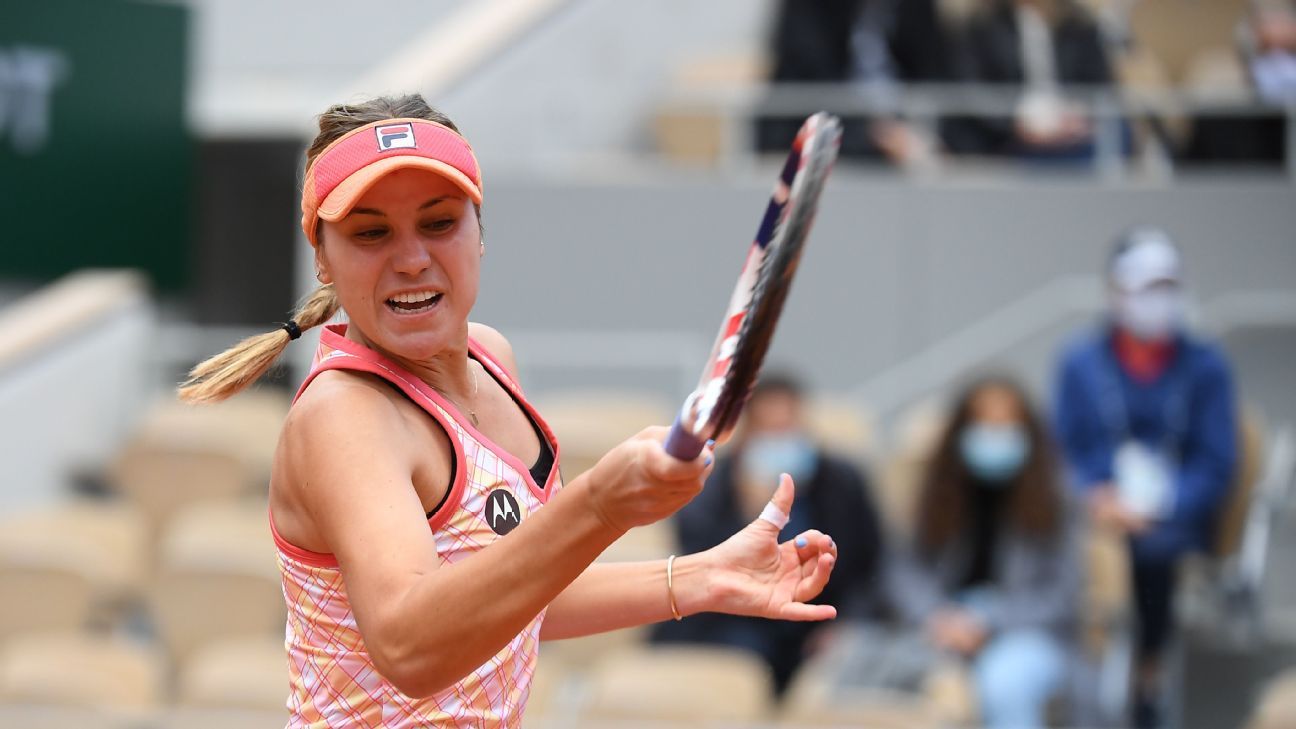 
MELBOURNE, Australia — Sure, Sofia Kenin struggled in her first match as a defending champion at a Grand Slam tournament.

The 22-year-old from Florida struggled with jitters at the Australian Open. Struggled with her shots. Struggled against an opponent who has never won a tour-level match.

Kenin, though, knows all that really matters: who can claim the final point. And, eventually, she managed to do just that Tuesday at Melbourne Park, setting aside an early deficit and beating 133rd-ranked Australian wild-card entry Maddison Inglis 7-5, 6-4.

“I’m obviously not too happy with the way I played,” Kenin said with a chuckle, “but a win is a win.”

Inglis is still searching for one; she fell to 0-6 for her career.

Still, boosted by a crowd of locals at Rod Laver Arena, she did not make things easy on Kenin, who nevertheless managed to avoid becoming the first woman since Jennifer Capriati in 2003 to lose in the first round at the Australian Open a year after winning the championship.

“First round, it’s obviously nerves for me,” said Kenin, who followed up her first major title last year by reaching the final at the French Open.

The woman Kenin defeated for the title in last year’s final in Melbourne, two-time major champion Garbine Muguruza, also advanced to the second round, defeating Margarita Gasparyan of Russia 6-4, 6-0.

Muguruza dropped only 11 points in the second set and improved to 9-0 in first-round matches at the Australian Open.

In other early results on Day 2, on a sunny day with the temperature in the low 70s Fahrenheit (low 20s Celsius), American Coco Gauff advanced by beating Jil Teichmann of Switzerland 6-3, 6-2. Gauff, at 16 the youngest player in the tournament, served out the first set with three aces in the final game and gained momentum from there. Ranked 48th, Gauff faces a tough second-round opponent in No. 5-seeded Elina Svitolina, who also won her opening match.

Another American, Jessica Pegula, is building on her momentum from the end of last year, upsetting 12th-seeded and two-time former Australian champion Victoria Azarenka 7-5, 6-4 to advance to the second round for the first time. Azarenka required medical attention on court in the second set when she bent over in the middle of the game and appeared to have trouble breathing. After a medical timeout, she managed to hold serve and break Pegula to level the match at 4-all, but then lost the final two games.

Another seeded woman exited the tournament when 20-year-old American Ann Li defeated No. 31 Zhang Shuai 6-2, 6-0 in just 47 minutes to improve to 5-0 this season. Li is ranked 69th and competing in only her third career Grand Slam tournament.

She is coming off an unusual accomplishment at a tuneup tournament at Melbourne Park last week: Li shared the title of the Grampians Trophy with Anett Kontaveit because organizers decided not to hold a final so as not to wear out the players right before the Australian Open.

That warm-up event was created for players such as Li who had to go into a hard lockdown after potentially being exposed to COVID-19. They were not allowed out of their hotel rooms for practice — or any other reason — during a two-week quarantine upon arrival in Australia.

Paula Badosa, who was among those placed in hard quarantine and who then tested positive for COVID-19, lost her first-round match. The 23-year-old from Spain, who is ranked 70th, served for the match but dropped the last four games and was beaten 6-7 (4), 7-6 (4), 7-5 across more than 2 1/2 hours by Russian qualifier Liudmila Samsonova.

Badosa tested positive for the virus on her seventh day in lockdown, and so he needed to isolate for another two weeks. She was allowed to play in the tournament after testing negative.

“It was tough for me to recover,” Badosa said.

For Kenin, her issues in the early going Tuesday resulted in an early break that led to her falling behind 3-1. Even after she got that back, how close was the opening set?

The players split the first 52 total points, each grabbing 26.

They split the first 10 total winners, each producing five.

But Kenin came through at crunch time.

In the second set, she went up an early break before finding herself even at 3-all, 30-all. A net-cord backhand gave Kenin a break point — she offered the usual, “Sorry, not sorry,” raised hand — that was converted when Inglis pushed a groundstroke long.

There was one more tight moment. Serving for the victory at 5-4, Kenin faced a break point that she erased with a service winner at 88 mph (142 kph). Moments later, her first match point arrived — and she double-faulted it away.

She pushed a forehand wide on her second chance to close things. But on chance No. 3, a swinging backhand volley winner converted.