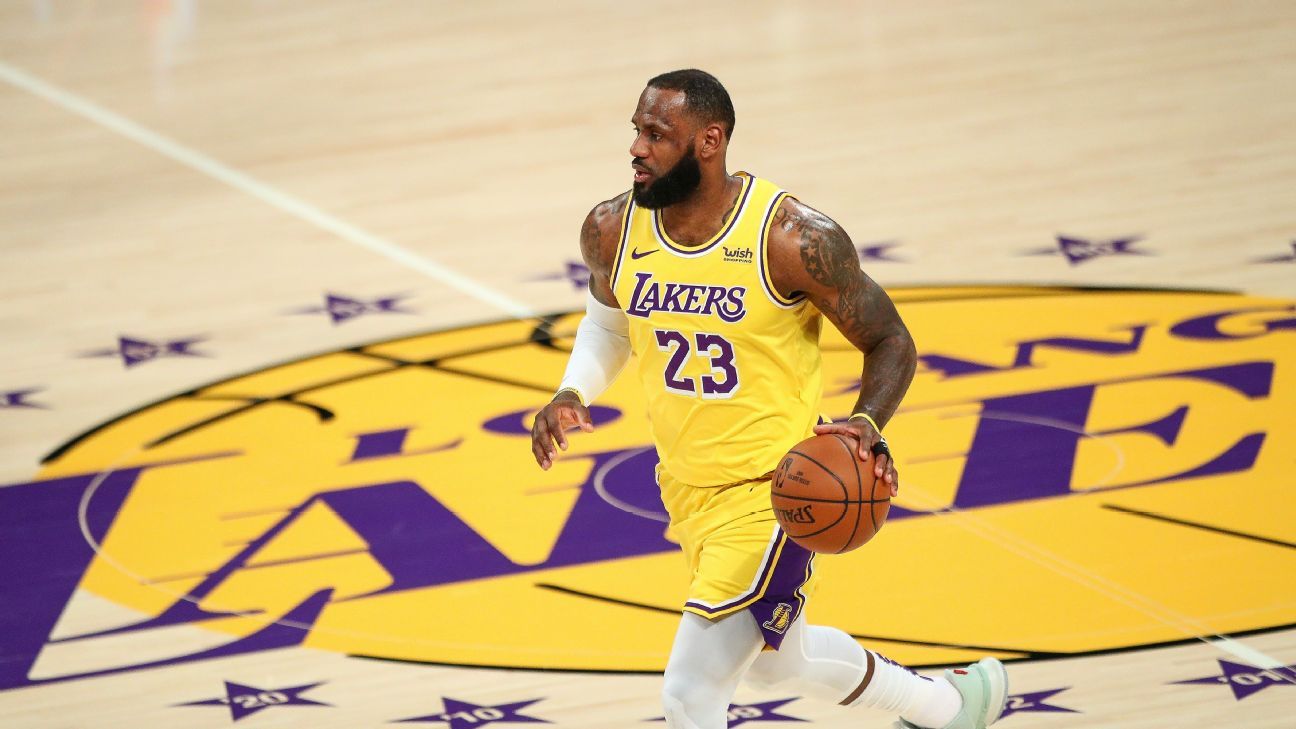 
LOS ANGELES — LeBron James, now 36 years old and in his 18th NBA season, said that seeing a 43-year-old Tom Brady win his seventh Super Bowl title in his 21st season was “inspiring” but not necessarily informative. The Los Angeles Lakers star won’t be planning the final stage of his playing career based off anything that Brady is doing on the football field.

“I’ve been watching him for quite a while now, and just to see him go out and do the things that he’s done in his career, for him to win another one yesterday in the fashion that he won, it was pretty cool,” James said Monday after putting up 28 points, 14 rebounds and 12 assists in L.A.’s 119-112 overtime win over the Oklahoma City Thunder. “It was very inspiring for a guy like myself. But two different sports, two different positions.

“I don’t know how long I’m going to play the game. I don’t know how much more I’ll be able to give to the game. The way I feel right now, we’ll see what happens. But I have no timetable on it. I have no year of, ‘OK, do I want to play until 30-this or 40-that?’ The game will let me know when it’s time, and we’ll figure it out then.”

James’ answer echoes previous statements he has made about when he will retire. After signing a two-year, $85 million contract extension that will keep him signed with the Lakers through the 2022-23 season, when he’ll be 38, James said he didn’t know what would happen with his career after that.

“I haven’t [thought about it],” James said in December. “The bottom line is I’m going to stick around this game. I’ve never taken for granted every time I get an opportunity to play another season. I try to prepare my mind and my body and my spirit for a season, and see where it takes it me.

“At the end of this contract, I’ll be in Year 20. The best thing about it is the year I’ll be a free agent will be the same year my oldest son graduates high school. So I’ll have some options to see, for me personally, what I want to do forward, being around my family, being around my son more or continue to play this game I love with great health and great spirits. We’ll see.”

James’ triple-double on Monday was his ninth since turning 35 years old, passing Jason Kidd’s previous record of eight for a player age 35 or older.

Despite goofing around by laying on a video board along the baseline during overtime — as if he were going to get in a quick nap — James, as the clock neared 11 p.m. local time after the game, claimed he was prepared to play even more if there were competition to be had.