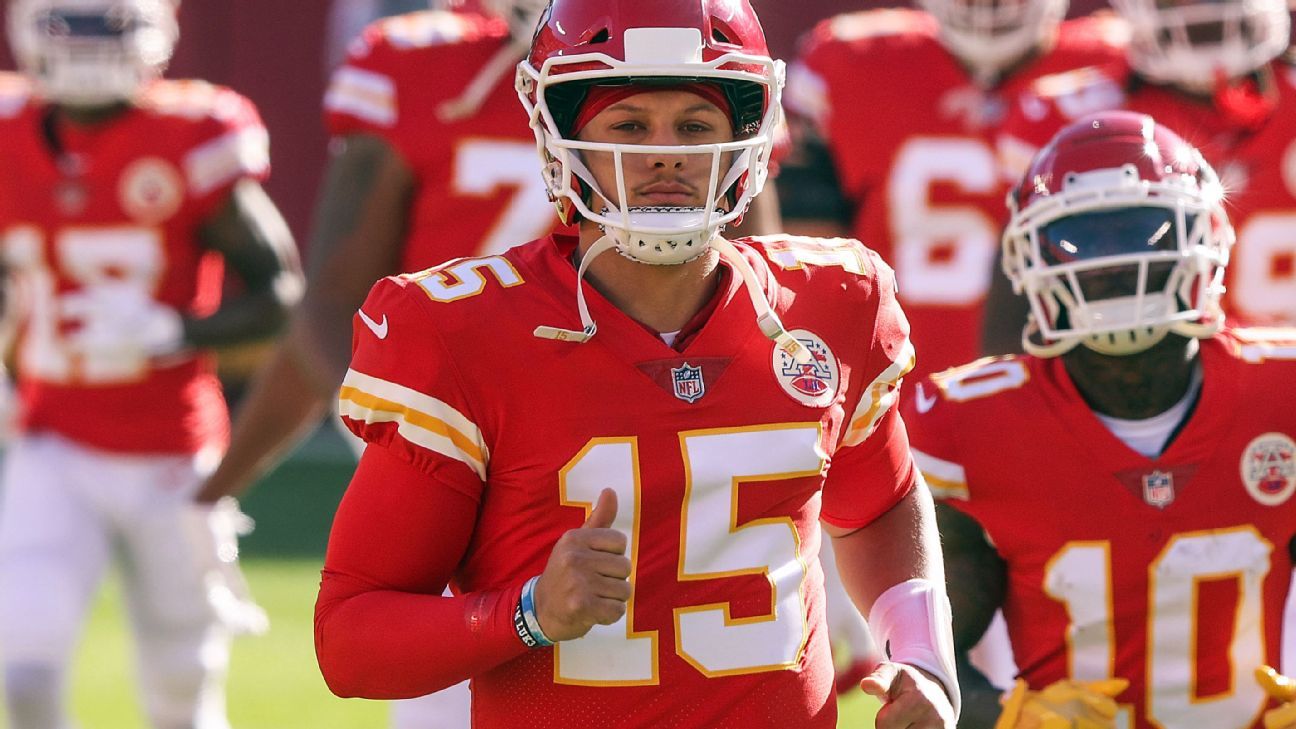 
KANSAS CITY, Mo. — The Kansas City Chiefs tried to downplay the injury to Patrick Mahomes as the playoffs unfolded. The fact he’s having surgery on Wednesday for turf toe reveals a bigger problem than they were letting on.

“We can infer there was more significant damage that resulted in some instability because Mahomes is having surgery,” said Stephania Bell, a physical therapist and injury analyst for ESPN. “But as far as the extent of what tissue is damaged, we don’t know and the surgeon likely won’t know until he can go in and take a look at it.”

So what is Mahomes looking at over the next several months? With the help of Bell, we answer some of the most common questions about the injury below:

What is turf toe? Turf toe is an injury to the ligaments at the base of the big toe. As with many injuries, there are varying degrees and one player’s turf toe is not like another’s.

Not all players need surgery for the injury. That Mahomes does is not a surprise. In the playoffs he wore a shoe a half-size bigger than he otherwise would. In it, the Chiefs placed a carbon-fiber shank to limit the extension of the toe.

“It depends on the severity,” Bell said. “There are so many minor turf toe injuries that we hear about so it will be called the same thing but it’s like a sliding scale and when you get into a certain realm there are clinical determinants for why you decide you have to have surgery.”

How much time will Mahomes miss? Mahomes is expected to miss most if not all of the Chiefs’ offseason work, but be full go by the start of training camp.

“Typically, it’s a month without weight bearing and then they usually go into a boot, which means they can put some weight on it but they’re not pushing off on it,” Bell said. “Everything is progression from there but depends on the healing.

“Assuming no surprises or setbacks, I expect him to be ready to go for the start of the season.”

Who is performing the surgery? The surgery will take place in Green Bay by Robert Anderson, a leading foot and ankle surgeon. He has operated on many NFL players, one being Atlanta Falcons wide receiver Julio Jones, who needed surgery for turf toe in 2017.

Jones returned the following season and his career continued without a trace of the injury.

“Obviously he plays a different position,” Bell said. “But if anybody has high demand in terms of push-off … it’s a wide receiver like Julio Jones. The fact he’s been able to return and play well is encouraging.”

How serious is turf toe? Not all players recover from turf toe like Jones, though. Deion Sanders retired because of lingering problems from turf toe.

“People don’t appreciate how a toe can cause so many limitations,” Bell said. “But when you think about it, all of your body weight goes through the big toe before it leaves the ground. It’s not nothing.”

MLB updates code of conduct pertaining to harassment, discrimination in wake of allegations