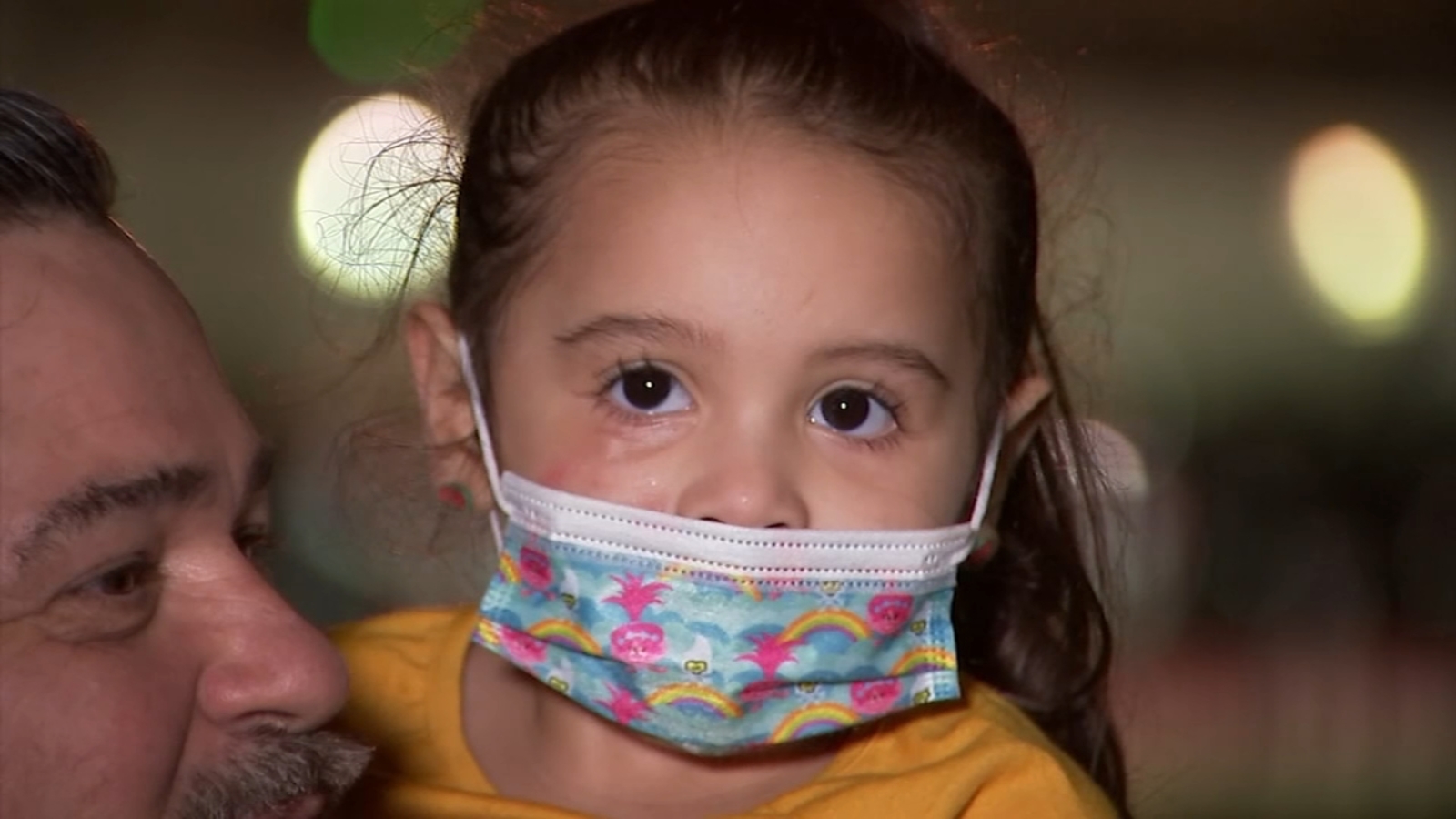 SPRING, Texas (KTRK) — Jennifer Romano, the owner whose dog attacked a 3-year-old girl earlier this month and left her with severe injuries to her face, has been booked into jail and charged in connection with the incident.

“We have to live with it every single day. We see the night terrors. We see Ronin struggle with just her regular play,” said Ronin Waldroup’s mother, Cleveratta Waldroup.

On Jan. 9, the dog bit 3-year-old Ronin at the Loose Caboose restaurant in Old Town Spring. As the little girl entered the restaurant, the dog, who was seen wearing a service vest, bit her face, family members said.

In a surveillance video of the attack obtained by ABC13, Romano and the dog are seen walking down the sidewalk with the girl’s father, James Waldroup, walking not far behind her. The video does not include audio, but body language indicates an exchange between the two.

Romano then got in a car with a man and left.

Multiple witnesses at the scene who spoke with authorities confirmed the description of the dog involved and stated the incident was unprovoked.

SEE ALSO: Dog at center of euthanization hearing put down over weekend

According to court documents, authorities were able to get in touch with the man who fled with Romano from the scene. The man reportedly asked about the condition of the 3-year-old victim and identified Romano as the owner. He added that Romano fled the scene because she wanted to protect her dog, Kingston. He also stated that Romano told him if she couldn’t have the dog, she would kill herself and went on to blame the incident on the 3-year-old.

Court documents read Romano was contacted by a Montgomery County Animal Control officer on Jan. 13 about contacting their office. After multiple notices, officers arrived at Romano’s apartment on Jan. 14, and despite being home, Romano reportedly refused to answer the door.

Days after the incident, the dog was taken into custody by authorities and was held at the Montgomery County Animal Shelter. After a hearing, Kingston was euthanized.

Now, almost a month since the incident, Romano has been charged with injury to a child and tampering with and/or fabricating evidence.

The judge ruled she cannot have contact with the Waldroup family and cannot possess animals.

Court documents showed that a past roommate of Romano was among the multiple witnesses interviewed. That roommate told authorities Kingston bit her in the face in 2020.

Documents also state that in the most recent incident involving the 3-year-old, Romano allegedly acted recklessly by continuously disregarding a substantial and unjustifiable risk of which she was aware that a person would sustain bodily injury by bringing Kingston into a public place without a muzzle.

Covid: How Serbia soared ahead in vaccination campaign