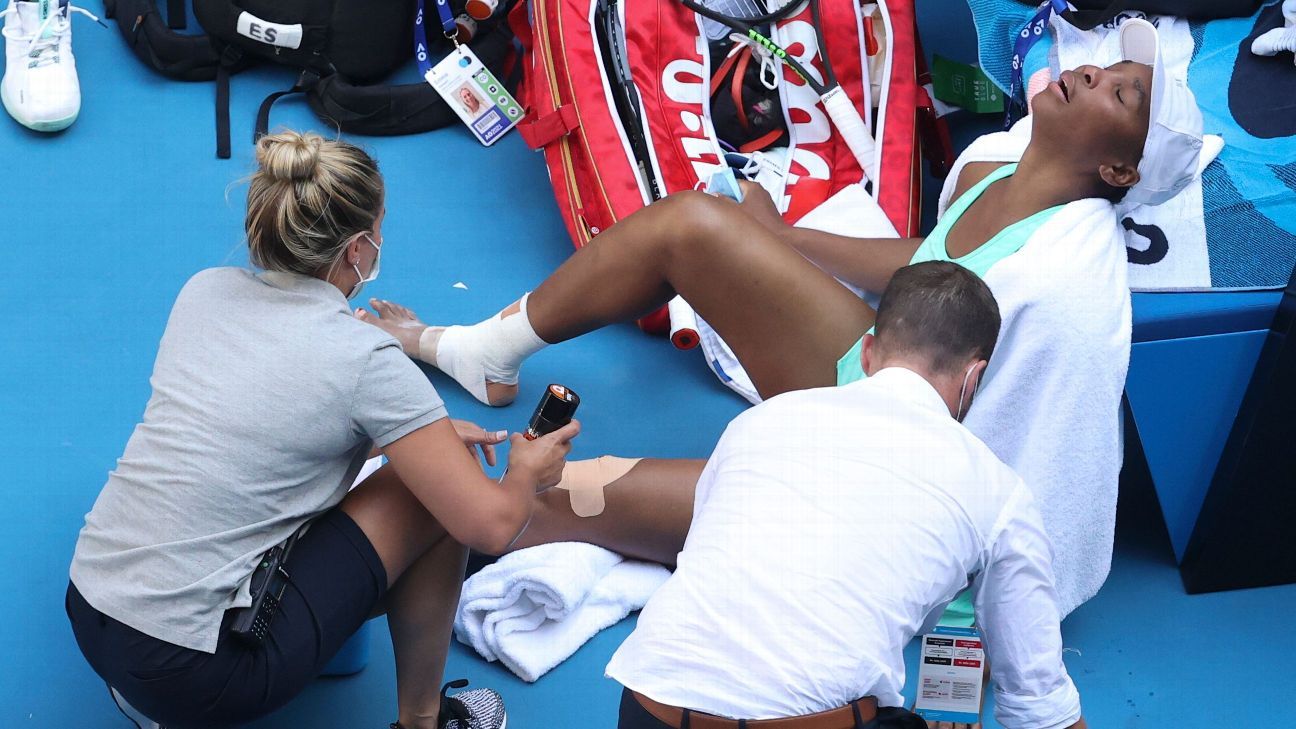 Williams, 40, was approaching the net while down 5-1 on serve in the first set against Errani and rolled the ankle after trying to stabilise herself to return the ball.

The former world No. 1 immediately cried out in pain and took an injury timeout to receive treatment on the ankle, but she was visibly in distress as the doctor and trainer worked to determine the issue.

Williams took a second medical timeout for her troublesome left knee to be restrapped but was hobbling and struggling to walk between points after the break, which lasted more than 15 minutes.

Williams, competing in her 21st Australian Open, looked on the verge of retirement, but having called it quits just once in her 350-match Grand Slam career, battled hard to stay on the court.

After looking shaky on foot for the remainder of the first set, which Errani won 6-1, Williams was less restricted but far from her best in a gutsy second-set showing.

Despite being limited by her ankle and left knee, Williams had three break point opportunities, but was unable to convert any despite some raucous crowd support.

Williams didn’t appear for a post-match press conference, but Errani said she was “really scared” for the American after Williams went down, crying in pain.

“I didn’t know what happened. I don’t know. I was scared,” the Italian said.

“I was watching her. I was saying to the chair umpire that [somebody should] go to her because I couldn’t. I was telling him to go, please go to her.”

Inmate back in custody after month of hiding

Myanmar coup: Pools and princesses as protesters go all out