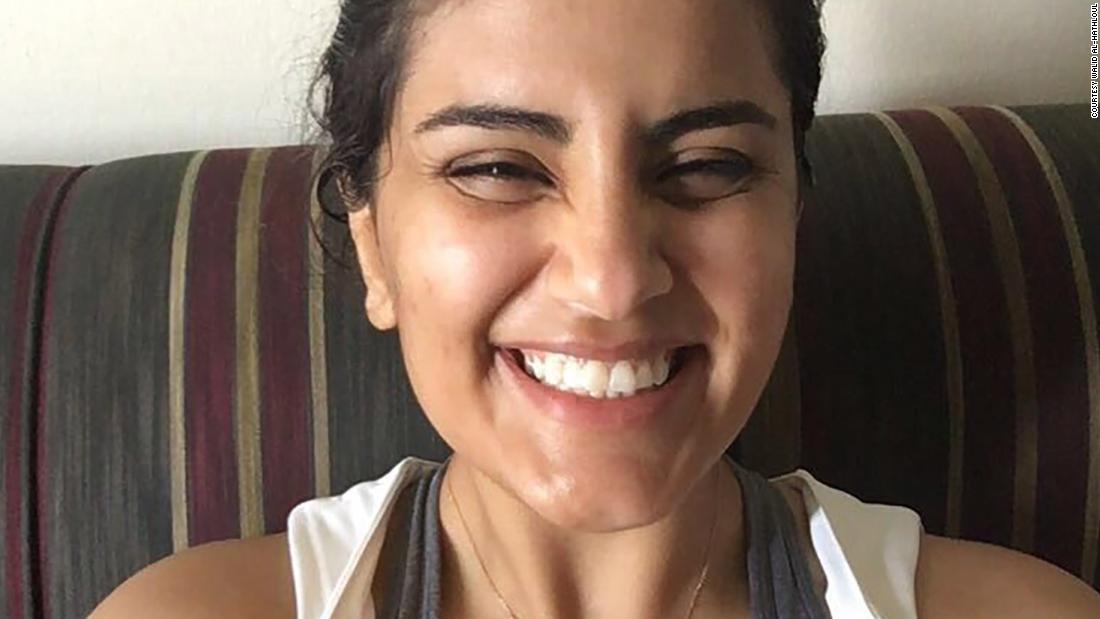 Hathloul, 31, was arrested in a May 2018 sweep that targeted well-known opponents of the kingdom’s since-rescinded law barring women from driving. She told her family she had been tortured and sexually abused in prison — allegations Riyadh repeatedly denied — and her detention was condemned by the United Nations and global human rights groups.
Last December, Riyadh’s Specialized Criminal Court — a terror tribunal — sentenced Hathloul to five years and eight months in prison, including a two-year and 10-month suspension, according to a statement released by her family. With the time she had already served, the sentencing paved the way for Hathloul’s release on Wednesday.

Hathloul will remain on probation for three years following her release, during which time she could be arrested for any perceived illegal activity, the family said in a statement in December. She will also be banned from traveling for five years, they said.

Hathloul’s release comes less than a week after the White House called on the kingdom to release political prisoners, including women’s rights activists. President Joe Biden has vowed to pressure Saudi Arabia into improving its rights record, marking a departure from former President Donald Trump’s reluctance to criticize the kingdom’s ramped up crackdown on dissent in recent years.

“We’re excited (about her release), but the fight for justice is not over yet,” Hathloul’s brother, Walid al-Hathloul, told CNN before the announcement. “We would have to work very hard to secure justice for Loujain, but we’re very delighted for this news.”

The family has urged people to refrain from saying that Hathloul has been “freed.”

The terrorism court convicted Hathloul on charges of harming national security, seeking to change the Saudi political system, and using her relations with foreign governments and rights groups to “pressure the Kingdom to change its laws and systems,” according to a charge sheet her family published earlier in December.

UN experts called the charges “spurious.” In a six-page charge sheet for Hathloul’s case, seen by CNN, a section entitled “crimes committed” includes activism against the kingdom’s restrictive male guardianship laws, along with contact with foreign journalists and diplomats.
The charges also relied on a series of alleged confessions, according to the documents, which state that Hathloul admitted to applying for a job at the UN along with confessing to being in contact with the human rights groups Amnesty International and Human Rights Watch.

For much of her imprisonment, Hathloul detailed her hardships to her parents during their prison visits. Those allegations were later made public by three of her siblings who live outside the kingdom, and were corroborated by the court testimony of other female activists.

Hathloul said she was sexually assaulted and tortured while in detention, including waterboarding, flogging and electrocution, according to multiple statements released by her family and supporters.

Saudi authorities have repeatedly denied allegations of torture and sexual abuse in their prisons.

According to her family, Hathloul has twice gone on hunger strike — in protest at her prison conditions, and because she was denied communication with her relatives.

A 2019 American Bar Association Center for Human Rights report said that although the Saudi terrorism court was created in 2008 to prosecute terrorism detainees, its “caseload was quickly expanded from alleged violent extremists to include political dissidents, religious minorities and human rights activists.” The report concluded that the court “routinely convicts individuals of terrorism charges without any meaningful evidence.”

US State Department spokesperson Ned Price said the release of Hathloul “would be a very welcome development.”

Speaking at a State Department briefing, Price said the department had seen reports of her release from prison and noted that they “have watched this case very closely.” He declined to say whether Secretary of State Tony Blinken pressed the Saudis to release her during his call with the Saudi Foreign Minister last week.

During her detention, Hathloul received multiple awards, including the 2019 PEN America award. Two other women’s rights activists who were arrested alongside Hathloul — Nassima al-Sada and Maya’a al-Zahrani — remain in detention, according Amnesty International. Sada is also a PEN America award recipient.

Hathloul’s siblings, who have been a driving force behind an international campaign for her release, posted a photo of their sister at home on Wednesday. “Oh mother, oh mother, this is the most beautiful day of my life. Loujain is in my family home,” tweeted Alia al-Hathloul. “We made it, siblings … we got her out.”

Carson Wentz watch: Why time is now (or soon) for Eagles to make a deal – Philadelphia Eagles Blog