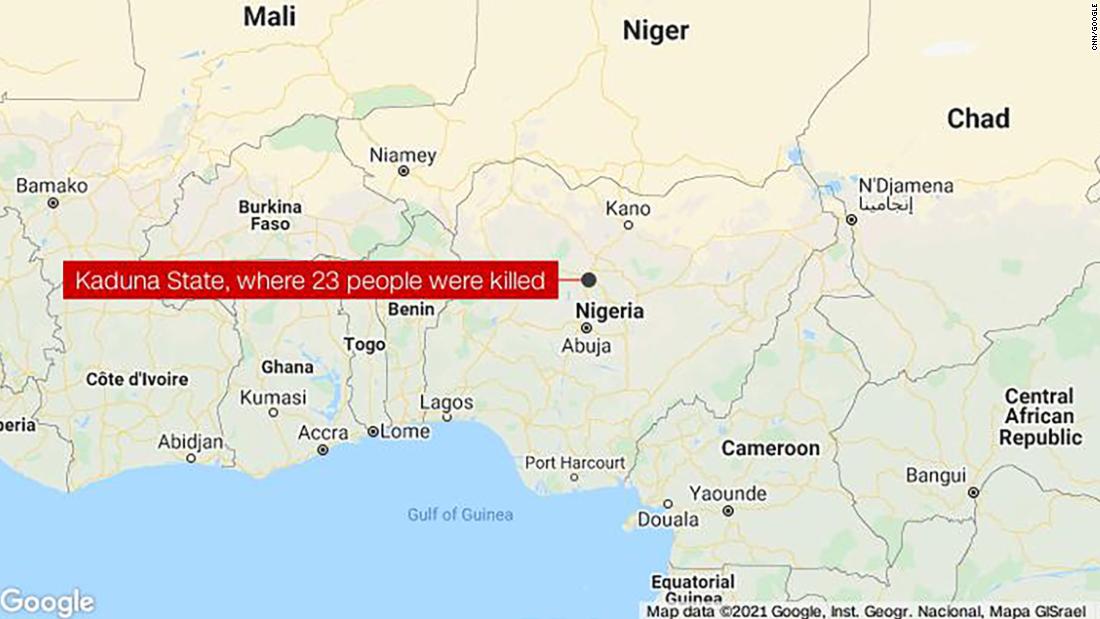 Authorities in the state confirmed the killings in a statement released by the Commissioner for Internal Security and Home Affairs, Samuel Aruwan.

Many shops were looted in the attacks and 10 residents were killed in one district alone in Tuesday’s attack, the commissioner said.

“Following the security situation across the state within the last 24 hours, the Kaduna State Government has received reports from security agencies of the killing of 23 citizens in different attacks on soft targets in Birnin Gwari, Giwa, Chikun, Igabi, and Kauru local government areas,” Aruwan said.

“The attacks on soft targets in these local government areas occurred around Kaduna State’s boundaries with neighboring states,” he added.

Kaduna, located in Nigeria’s northwest, has remained insulated from the militant group Boko Haram who operate in Nigeria’s northeast, however, armed violence by kidnappers and cattle rustlers has plagued the state.

A recent study by the Africa Center for Strategic Studies shows that around 1000 deaths were recorded in 220 violent events in Kaduna.

The study says at least 50,000 people have been displaced and 400 abducted for ransom.

The state Governor Nasir el-Rufai has commiserated with families of victims of the recent attacks, Aruwan said in the statement.

The Nigerian government recently replaced its military top brass amid pressure from citizens for fresh hands to manage widespread insecurity and counterinsurgency operations in the West African country.