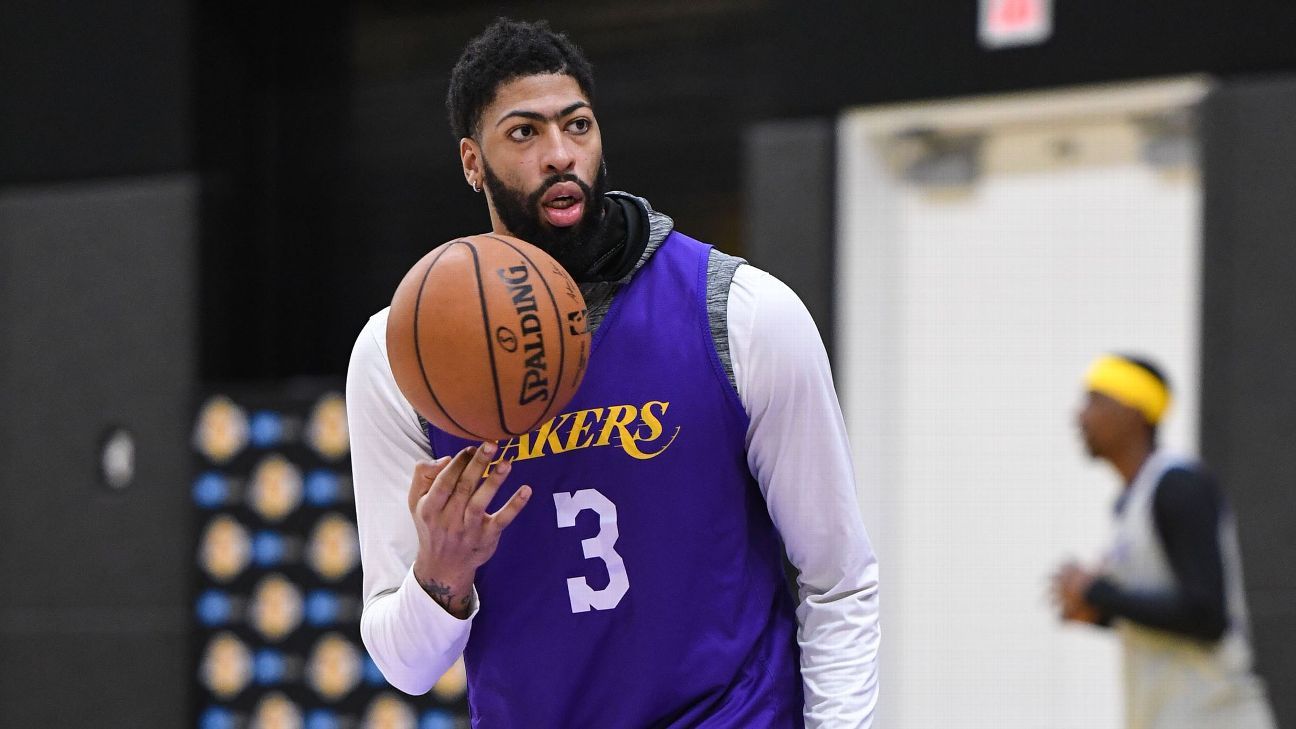 
LOS ANGELES — Ever since Anthony Davis was traded to the Los Angeles Lakers, the big man has adopted a two-pronged approach to revamping his image: earn a reputation as a winner and shed his reputation of being injury-prone.

Davis accomplished that last year, capping a season in which he pushed through physical pain to capture the first NBA championship of his career.

He’s learning in his second season with the Lakers that sometimes allowing yourself time to address an injury is the best thing you can do to achieve long-term success.

Such was the case for the seven-time All-Star this week, as Davis sat out the Lakers’ last two games because of tendonosis in his right Achilles tendon.

“I think every other game … I’ve wanted to play in. This is just a different circumstance with it being an Achilles. If it was a quad or finger, anything like that, I wouldn’t mind playing,” Davis said Thursday, speaking to reporters for the first time since the injury was revealed on Sunday.

“But I just don’t really want to play around with an Achilles. Today was the first day we were able to practice, get some run-in with some guys to really test it out.

“I just don’t want to play a game where I still feel it and then get hurt and now I’m out for the playoffs or whatever or for multiple weeks, where it’s something I can’t control and maintain right now where you miss two games or three games early on in the season or midseason and be ready to go for the rest of the season.”

The Lakers kept their win streak going without him, beating the Oklahoma City Thunder twice — but needing to come back from early deficits and go into overtime in both games to do so.

While the six-game streak brought the Lakers’ overall record to 20-6 — giving them the second-best record in the league, just a half-game back of the Utah Jazz — coach Frank Vogel scheduled a rare practice on Thursday to get Davis some work and sharpen the group.

“We try to have a day where we can have a light load on their legs but still be productive and improve on our execution,” Vogel said. “The message to the team was, ‘Good enough, but not good enough.’ Right? We’re good enough to win these games, but by our standards, we’re not playing good enough. So we got some light work in [Thursday] to hopefully improve that execution while trying to keep them fresh.”

Davis said he had been experiencing soreness around his right calf muscle for “a couple of weeks” and underwent an ultrasound that confirmed the tendonosis diagnosis.

“Continued to be really sore. Pushing off. Even walking, obviously running, jumping, anything like that, I would feel it,” Davis said. “So it’s more so just soreness and just letting it calm down.”

The Lakers on Friday host the Memphis Grizzlies, another young team, like the Thunder, hovering around .500 that can put a stamp on its season by knocking off the champs.

Davis said he would see how his body responds to Thursday’s practice and determine his playing status closer to game time.

“We just did some drill work, no-contact drill work, which he did all of. He seemed fine,” Vogel said. “We’ll see how he feels tomorrow before making any decisions on the game.”