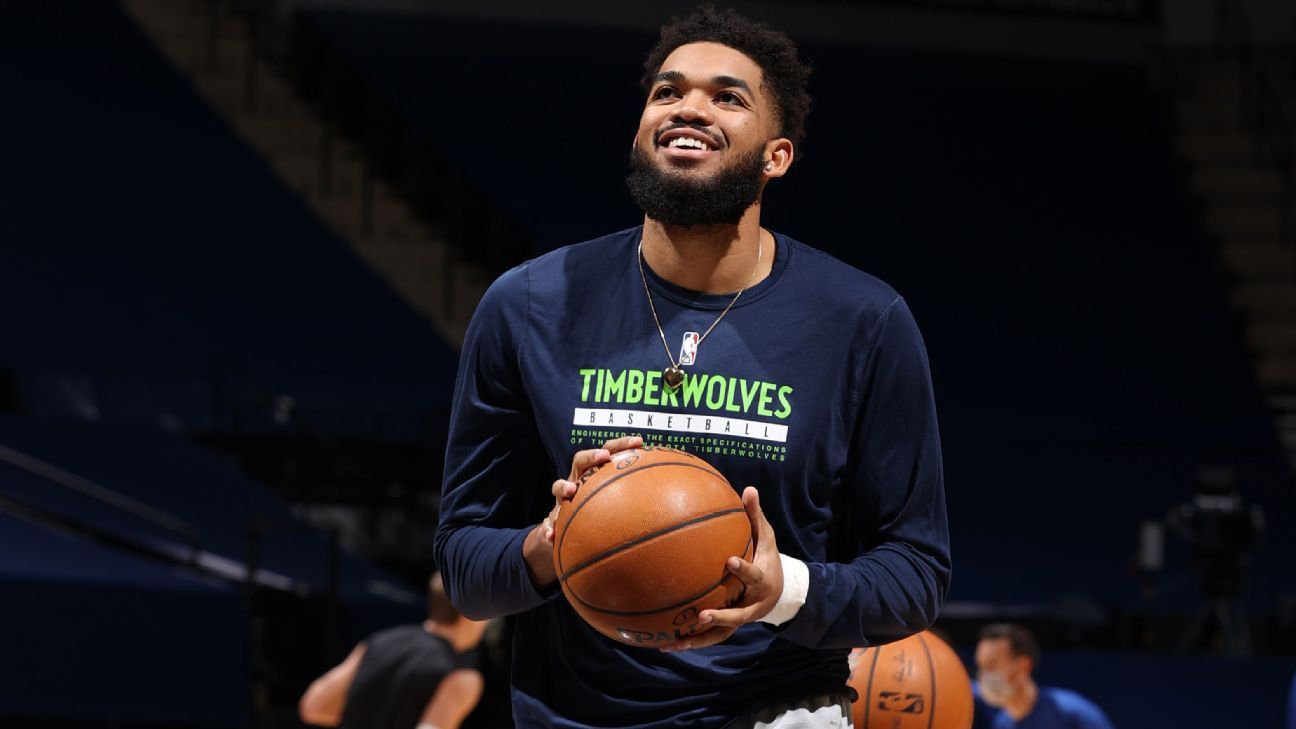 
Minnesota Timberwolves center Karl-Anthony Towns said there were nights after he tested positive for COVID-19 when his “vitals weren’t good” and that his underlying conditions and genetics made his bout with the virus “scary” at times.

Towns, who missed 13 straight games, returned to the court on Wednesday for the first time since testing positive in mid-January. He admitted he wasn’t mentally prepared to play in his first game since Jan. 13, but he still finished with 18 points and 10 rebounds in a 119-112 loss to the LA Clippers.

“I am a high-risk case,” Towns said of his experience with the coronavirus. “COVID did not treat me well whatsoever. A lot of scary nights. One of the things that I told my sister when I got COVID was that, ‘Hey, I got it, and I don’t got a good version of it. I got a lot of COVID in me, but I am going to fight and beat it.'”

Towns added: “Through all the long nights where I was just not feeling well whatsoever and the vitals weren’t good and decisions had to be made on my health, I kept [my family and my niece and nephew] in mind. They pushed me to continue doing things. When COVID kept messing with my body, my mind and spirit, I thought about them and my mother.”

In addition to dealing with the virus, Towns has been grief-stricken since his mother, Jacqueline Cruz-Towns, and six other family members died earlier this year of complications from COVID-19. Towns had previously shared in an emotional video that his mother was on a ventilator and in a medically induced coma. Cruz-Towns died on April 13 at age 58.

In discussing what made his bout with COVID-19 worse, Towns said he had certain underlying conditions, though he didn’t get into specifics, and also said that, between his parents, he is more “genetically connected” to his mother.

“You hear those stories where people get COVID,” Towns said. “And they’re like, oh for four days, five days, I didn’t feel well and then I turned the corner magically one day and I was feeling great. That did not happen with me.”

He added, “Everyone’s case of COVID is totally different, every human and their underlying conditions are totally different. And my underlying conditions did not play in my favor at all for COVID, yet alone one of the most scariest parts for all of us in this organization and my immediate family is how genetically connected I am to my mother. … Nothing was playing in my favor. I knew it was going to be a rough journey.”

After his mother and other relatives died because of COVID-19, Towns said he also felt enormous guilt about his ability to overcome his illness.

“I felt very guilty about the treatment I got,” he said. “And I feel that should be more widely available to Americans, to anyone in the world. I felt very guilty even getting something that could help me more just recover, stay healthy, stay alive. There is such mental strain through all this time, a feeling of guilt because of the resources I have, and I wish I could spread these resources with as many people as possible. The guilt, just a lot of demons I haven’t dealt with that I put to the back burner for basketball.”

Towns, 25, also has heard the chorus of NBA stars who have voiced their opinions disagreeing with the league’s decision to hold an All-Star Game this season amid the pandemic. He agreed with stars such as Los Angeles Lakers’ forward LeBron James, who vehemently believes that there should not be a game this year.

“I personally don’t believe there should be an All-Star Game, but what the hell do I know?” Towns deadpanned. “S—, I obviously haven’t dealt with COVID, probably a guy who has some insight into that. What should I know about COVID, right?”

Towns said that he realized he wasn’t ready to return mentally after joining the Timberwolves on a road trip. He added that he wasn’t mentally prepared to play against the Clippers on Wednesday and had not had any contact on the court for nearly a month. But he wanted to be there for his teammates and coaches, whom he credited with providing him with support and space during his trying times.

Minnesota head coach Ryan Saunders said Towns’ willingness to talk openly about his grief and experiences has made a bigger impact than anything he has done on the court.

“That takes a lot of courage in so many different ways,” Saunders said. “Many people have experience grief and loss. You hear it but until you live it, you don’t understand that grief is linear. Everybody goes through ups and downs. Karl has done an unbelievable job, I feel, in managing any type of low moments that he may have so he that he can be a light to other people.”

Towns admitted that there were many dark moments over the past several weeks as he was isolated in quarantine. He said he just wants to see the coronavirus eradicated.

“I’ve been seeing so much s— the last year, I guess you would say. It just is what it is,” Towns said. “I can’t make sense of all the things that have happened in the world yet alone to me. … Let’s find a solution and make a plan to beat this.”

Towns added: “COVID is a real thing. It ain’t never going away. It hasn’t diminished at all. It has just gotten smarter.”