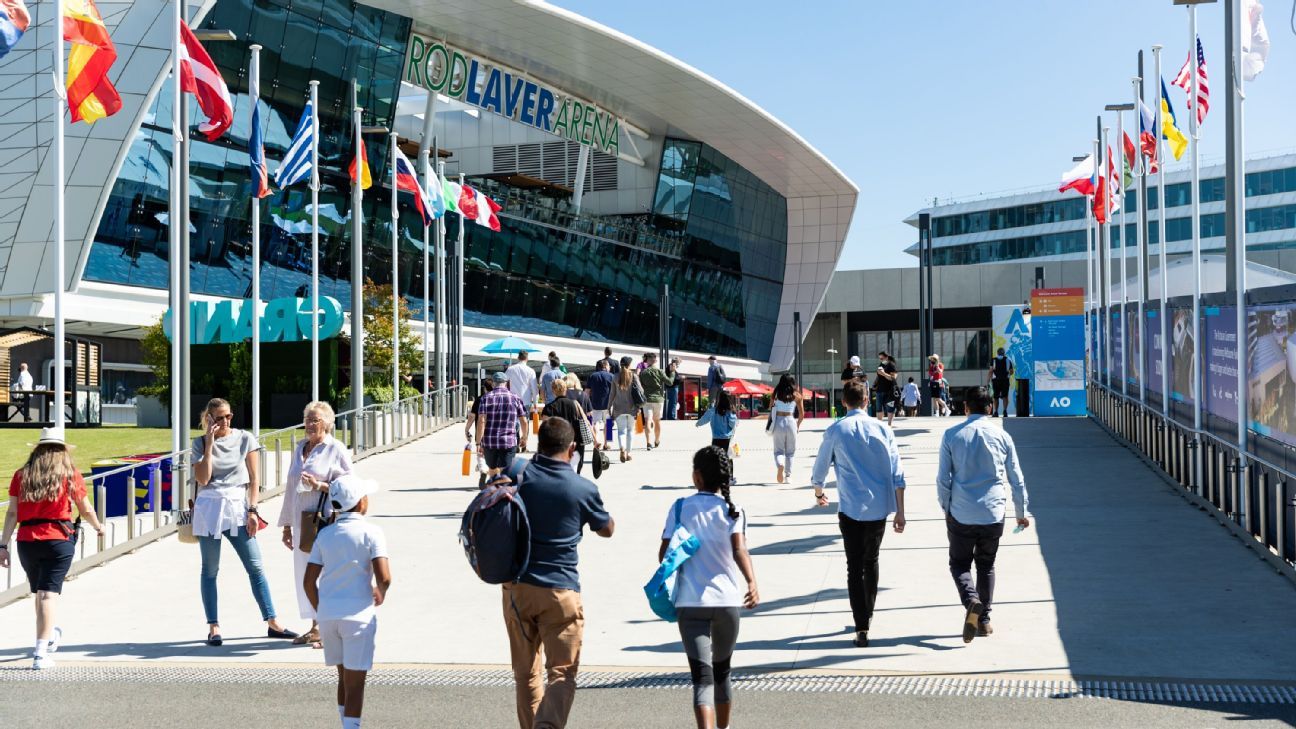 
MELBOURNE, Australia — Tennis fans will be locked out of the Australian Open from 11:59 p.m. local time Friday (8:59 a.m. ET) as the state of Victoria prepares for a five-day lockdown amid a growing COVID-19 cluster in the city’s outer suburbs.

The state’s outbreak began at the Holiday Inn at Melbourne Airport last week, and has now risen to 13 cases — five of which were locally acquired on Thursday. All cases at the hotel are presumed to be the UK strain of the coronavirus, which is proving to be highly contagious and more difficult to contain than the original variant.

On Friday morning, with the state’s active case tally standing at 19, the Victorian Cabinet met and decided the safest course of action was to return to Stage 4 restrictions and place the state back into lockdown, for a minimum of five days, meaning fans will be unable to attend the Australian Open until at least the quarterfinal stage in Week 2.

“The UK strain is moving at a velocity that has not been seen anywhere in our country, and this is the advice I have been given by our health experts,” Victoria’s Premier Daniel Andrews said during a news conference on Friday. “In terms of how the tennis will comply, I will let them speak, [but] sporting events will function as a workplace but not for entertainment because there will be no crowds.”

“I understand that many people will be concerned and anxious, but I am confident that if we stick together this short, sharp circuit breaker will be effective. I want to be here next Wednesday announcing that these restrictions are coming off.”

The Stage 4 restrictions mean there are only four reasons for Victorians to leave their homes. They are to give or receive medical care, to shop for essential goods or services; to work or study (if you can’t from home) and exercise, for a maximum of two hours per day. Crucially, professional athletes have been defined as “essential athletes,” meaning the Australian Open, and other professional sporting leagues and events can continue.

Panic around the state had set in Thursday when Brunetti cafe at Melbourne Airport’s Terminal 4 was added to the Tier 1 exposure-site list, after a newly confirmed positive case of the virus was present at the location for more than eight hours on Tuesday afternoon.

Melbourne Airport confirmed 29 domestic flights arrived and departed the terminal during the period, before a deep clean of the area was conducted overnight.

The lockdown announcement is a significant blow for Tennis Australia, which has already faced backlash over its “hard quarantine” of international player arrivals last month, in addition to having to deal with a daily attendance cap of 30,000 through the first week.

Victorian residents are familiar with life in lockdown. Between July and October last year, the state was placed into hard lockdown as it battled its second wave of COVID-19. The state’s active cases peaked on Aug. 7 at 6,769, but the number dipped below triple figures on Oct. 17, allowing the Australian Open to take place, albeit a month later than originally scheduled.

Last September’s US Open in New York was played behind closed doors while the following month’s French Open permitted just 1,000 spectators per day.

Biden warns China will 'eat our lunch' on infrastructure spending