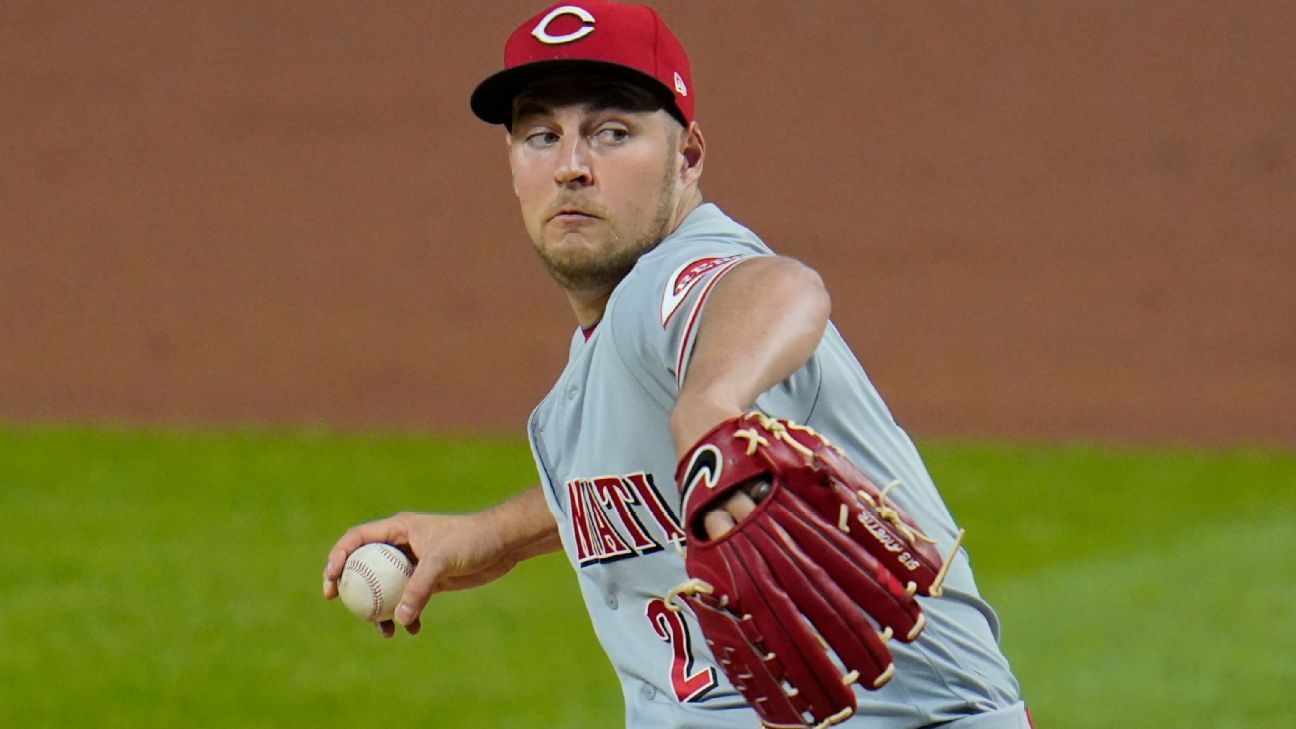 
The Los Angeles Dodgers’ landmark agreement with Trevor Bauer has been met with clear reservation, and in some instances disdain, by some of the team’s fans — although their concerns aren’t about his projected on-field performance. Bauer’s boundless social media activity includes instances that have prompted accusations of online bullying, two of which involved women who became subject to harassment by Bauer’s followers. He has made an anti-transgender joke — something he subsequently denied doing consciously — and has dismissed sensitivities around the Cleveland Indians’ logo, prompting questions about his fit within a liberal market and inside a tight-knit clubhouse that has become increasingly socially conscious.

Bauer, signed to a three-year, $102 million contract with opt-outs throughout, said Thursday that he is evolving.

“All the conversations I’ve had with people across all walks of life over the last couple of years and all the things I’ve learned — I can say that I have learned from those,” Bauer said after being presented with his No. 27 jersey during a virtual news conference from Dodger Stadium. “I’ve spent a lot of time talking to other people to try to understand other perspectives, and I’m doing my best to be better, as I do in all walks of my life. I don’t think that it makes any sense to dive into specific issues in this forum, but I am committed to being better on social media, being better on the field, being better in the clubhouse, being better in life in general.”

Bauer, the reigning National League Cy Young Award winner, was by far the best free-agent starting pitcher this offseason. Dodgers president of baseball operations Andrew Friedman showed interest from the onset, knowing Bauer was one of few available pitchers — and the only one who wouldn’t cost prospects — who could realistically improve a rotation that was already one of the league’s best.

After three months of highs and lows, Friedman went to bed the night before Bauer made his decision believing the Dodgers were out of the running. It was last Thursday, and Bauer had narrowed his free agency to his hometown Dodgers and the free-spending New York Mets. Bauer woke up at 6 a.m. still uncertain and spent most of the next five hours on the phone with his agent, his financial adviser and his father debating the merits of both teams. The Dodgers, with the blessing of owner Mark Walter, upped their offer in the final hours, setting Bauer up to be the highest-paid baseball player ever in 2021 and 2022.

Six days later, while addressing the vetting process, Friedman said, “There’s some stuff that’s more public with Trevor that definitely was something that we wanted to dig into.”

“The most important thing is every teammate we talked to, all the feedback we got from every organization he was with, was not only incredibly positive in terms of the type of teammate he is, but also in terms of the impact that he makes on each organization,” Friedman said when asked whether he believes he might have alienated some of the team’s fans by signing Bauer. “I think the talent is pretty obvious. But I also think that from a cultural standpoint, from continuing to strive to get better at everything we do, I actually think he is gonna be a tremendous asset in that. It’s not for me to speak for Trevor, but in our conversations he’s alluded to past mistakes he’s made. And you know what, we’re all gonna make mistakes. What’s important for me is how people — including myself, when I make mistakes — is how we internalize it, and what our thoughts are about it going forward. From our standpoint, it was important to have that conversation. And we came away from it feeling good about it. Now, obviously, time will tell. But I feel like he is going to be a tremendous add, not just on the field but in the clubhouse, in the community, and that’s obviously why we’re sitting here.”

Bauer has been lauded for his competitiveness and work ethic. His unconventional training methods were once denounced and now seem revolutionary. He is as passionate about engaging with fans as any player and has made sizable charitable donations over the years.

But he also had public fallouts with the Arizona Diamondbacks and the Indians, and has taken pointed shots at agent Scott Boras, commissioner Rob Manfred and the Houston Astros. His responses to subtle jabs on Twitter have put people in the crosshairs of his followers and led to harassment. In January 2019, Bauer tweeted at a college student enough for her to say she felt harassed by Bauer and his followers. Eight months later, he got into another Twitter conflict with a New York-based media member who later wrote that she “had death threats and Holocaust jokes in my mentions for months after he went after me.”

“Everyone makes mistakes in the past,” Bauer said. “I try to learn from them. I try to learn as quickly as I possibly can, try to understand other people’s viewpoints on things and be better in the future. I think if you look at my history as a baseball player, my history on social media, my history as a person, for those who know me well, they’ll see that I apply that process to everything that I do. I’m committed to doing that moving forward, as well. And ultimately I’m here to be a positive impact on anyone that I can be, both in the community, in the clubhouse, on the field, at the stadium, whatever the case is.”

Bauer, 30, attended high school 33 miles from Dodger Stadium and won the Golden Spikes Award at nearby UCLA, prompting him to go third overall among a loaded draft class in 2011. Outside of one breakout season in 2018, Bauer had performed mostly like a reliable mid-rotation starter through his first five full seasons in the major leagues, posting a 3.96 ERA while averaging 186 innings. But Bauer finished the shortened 2020 season with a 1.73 ERA that was topped only by Shane Bieber and fell within the top five in WHIP (0.79), strikeout percentage (36.0) and opponents’ OPS (.522).

Bauer said joining the Dodgers was “a long time coming” and recalled how he used to sit in the left-field bleachers listening to Vin Scully on the radio. Adding Bauer will push the Dodgers well past the 2021 luxury-tax threshold, but Friedman said it would not impact the team’s ability to re-sign Justin Turner or add another right-handed hitter. The move marks only the second time that a reigning Cy Young Award winner has joined the reigning World Series champions, the other being Roger Clemens with the New York Yankees in 1999. Bauer probably won’t fulfill his desire to pitch every fourth day, but he’ll join a starting rotation that is legitimately seven-deep, including Clayton Kershaw, Walker Buehler, David Price, Julio Urias, Dustin May and Tony Gonsolin.

Baseball Prospectus’ projections tool, PECOTA, has the Dodgers on track for a major league-best 103 wins in 2021.

“It wasn’t about the money for me,” Bauer said. “It’s about being a part of something that’s bigger than myself. Being part of an organization that can win. I want to win a World Series. I’ve come in second in both college and the big leagues. I’m tired of it, so I want to come in first.”

Woman will donate kidney to toddler she never met