Wooden Watch — Which freshman should be the top Wooden Award candidate? 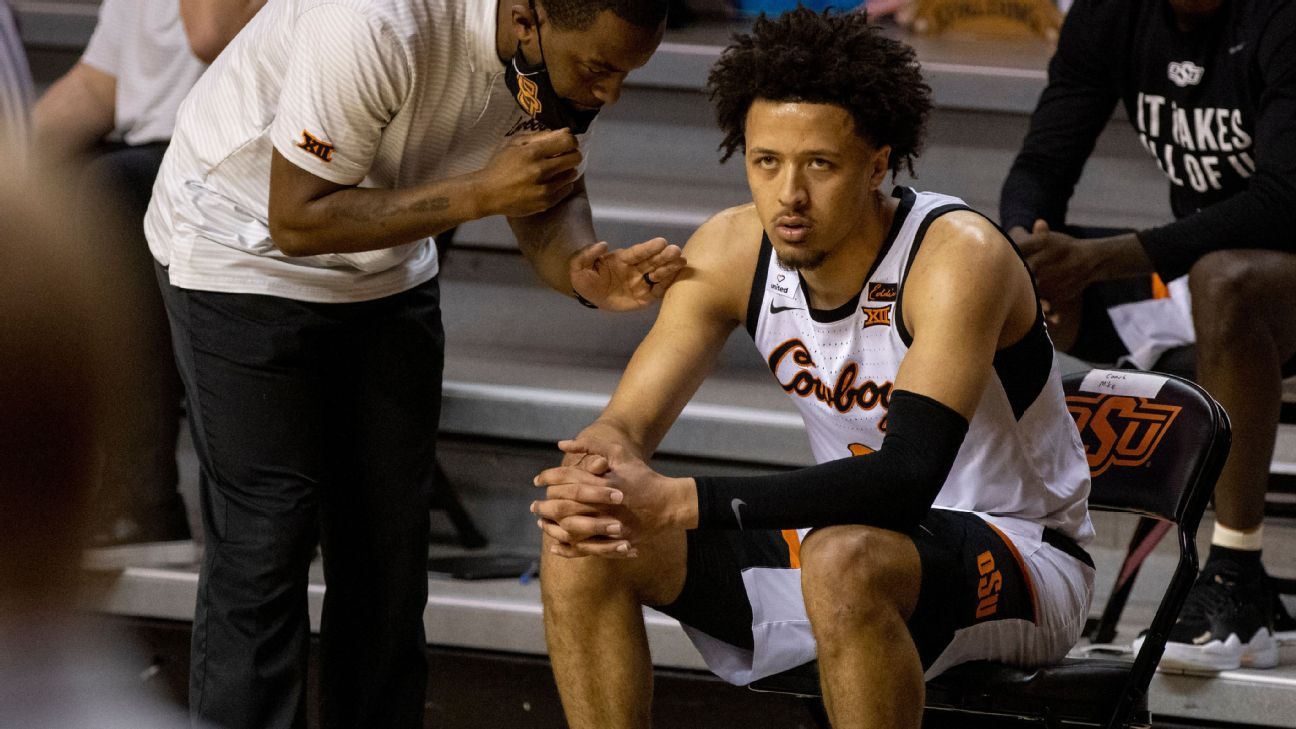 
Though the 2020-21 John R. Wooden Award could very well be won by a senior such as Iowa’s Luka Garza, the group of freshmen on the most recent Wooden watch list is intriguing. Four freshmen, led by expected No. 1 NBA draft pick Cade Cunningham of Oklahoma State, appear on the 20-member list. ESPN.com’s panelists discussed whether Cunningham is truly college basketball’s best freshman, and also identified some members of this freshman class who, like Garza, could become Wooden candidates as seniors.

Is Cade Cunningham your pick for the top freshman in college basketball? Can you identify the next Luka Garza — a non-one-and-done player from this freshman class or another class who could develop into a Wooden Award candidate as a senior, the way Garza has?

Jeff Borzello, college basketball insider: Maybe it’s because he’s on the West Coast and therefore doesn’t get enough eyeballs, but USC’s Evan Mobley has been the best freshman in college basketball this season and deserves far more attention than he’s received. He’s been arguably the best player in the Pac-12, one of the best defensive players in the country and has helped lead USC to a top-25 ranking and potentially a Pac-12 title. He was neck and neck with Cunningham at the top of the recruiting rankings the past couple of years, and his game — skilled interior player on the offensive end and an elite shot-blocker defensively — has translated very well to the college game.

Evan Mobley puts his stamp on the game from the post as he records a 14-point, 13-rebound double-double as USC defeats Oregon State 75-62.

Finding the next Garza is a tough task given how unique he is; most 6-foot-11 big men who were top-100 recruits and average 12 and 6 as a freshman are gone well before their senior seasons. North Carolina’s Day’Ron Sharpe would be an easy pick given his per-minute production, but he could be a one-and-done player. I think someone like Kansas’ Jalen Wilson should stick around in Lawrence after this season, and he’s the type of player who can become a star on a top-10 team.

Keep an eye on bigs such as Duke’s Mark Williams and North Carolina’s Walker Kessler, two players who haven’t played consistent minutes this season, but were five-star prospects. I also don’t think Posh Alexander will ever win the Wooden Award, but the St. John’s point guard is one of my favorite players to watch in college basketball and I hope he sticks around for four years.

Myron Medcalf, senior college basketball writer: I would give the nod to Cunningham but I don’t think it’s a landslide. He joined an 18-win team amid the pressure of being the projected No. 1 pick in most of the reputable mock drafts. He has made some youthful mistakes but he’s averaging 18.7 PPG while connecting on 42% of his 3-pointers as a high-usage threat opposing teams do everything they can to stall. I think Jalen Suggs and Mobley have credible cases, too. But I think Hunter Dickinson deserves serious consideration, too. A one-loss Michigan team is amassing 1.13 points per possession and holding teams to just 0.87 PPP with Dickinson on the floor this season, per hooplens.com.

And I’ll cheat on the second question. The pandemic eligibility rules will allow every player to come back next season. That’s why Jay Huff enters the chat. The Virginia standout could be a super senior for a Virginia team that could welcome back its entire nucleus for another push for Tony Bennett’s second national title. Huff is averaging 13.6 PPG, 6.3 RPG and 2.3 BPG while connecting on 48% of his 3-point attempts this season. And he could be the leader of a strong, veteran Virginia team again next season and a serious contender for the Wooden Award if he maintains or increases the impressive numbers he has compiled this year.

John Gasaway, college basketball writer: I want very much to jump on Jeff’s “Mobley for Freshman POY” bandwagon because Mobley’s arrival really has coincided with USC’s emergence as the best team in the Pac-12 by a pretty significant margin. But then I look at Mobley’s everyman usage rate on offense and then I look at poor Cade Cunningham working himself silly on a team that, how shall I put this, is not blessed with potent non-Cunningham scoring options. Suddenly my bandwagon-jumping feels a bit unfair.

Cunningham isn’t always an easy watch this season but his errors are ones of commission and, as no less an authority than Bill Self said, the dude is good. Our colleague Fran Fraschilla nailed it in his call of the Oklahoma State-Kansas game. Next year at the next level Cunningham will be surrounded with teammates who can both shoot and drive, all kinds of space will open up for him on the floor that he doesn’t have now and we’ll all rush to talk about how we saw all of this efficiency and all of these highlights coming. Cunningham is my pick.

As far as finding the next Garza, I have chosen to hang my hat on the “Wooden Award candidate as a senior” portion of the question because my choice is in some ways the stylistic opposite of the celebrated Hawkeye. Then again, I’m cautiously optimistic that my guy could still be around as a senior. (But who knows, ever, right?)

Anyway, I’m going with Bennedict Mathurin at Arizona. Nobody’s paying attention to the Wildcats this season because UA’s on (what for lack of a better term is) a self-imposed pause on postseason eligibility. But for those watching, Mathurin has shown some signs of a player who could become a Garza-esque problem someday soon. The freshman is making his shots and he even went off for 31 points on the road against Oregon State. On second thought, maybe he won’t stick around for four years after all, but if he does Mathurin is my Garza in waiting.

Bennedict Mathurin adds points for Arizona’s side early as he slams it down on back-to-back possessions.

Joe Lunardi, ESPN bracketologist: I’m going with Cunningham for the simple reason that, without him, Oklahoma State isn’t sniffing the NCAA tournament — appeal or no appeal. Evan Mobley is fabulous, but USC had a potential tournament team prior to his arrival (same for Michigan and Hunter Dickinson). And, as electrifying as Jalen Suggs has been at times, Gonzaga is a Final Four contender even with an average point guard. So Cunningham is the choice here.

As for the Luka Garza of the 2023-24 season, I’m hoping it’s Dr. Fauci, that his impressive “rookie” year leads to three more and then a lifetime achievement award for ending the pandemic. That might be an easier prediction than identifying a current freshman or sophomore good enough to be the best player in the country three years from now, but not good enough to leave college before then.