Robinhood slammed by parents of trader who killed himself last summer 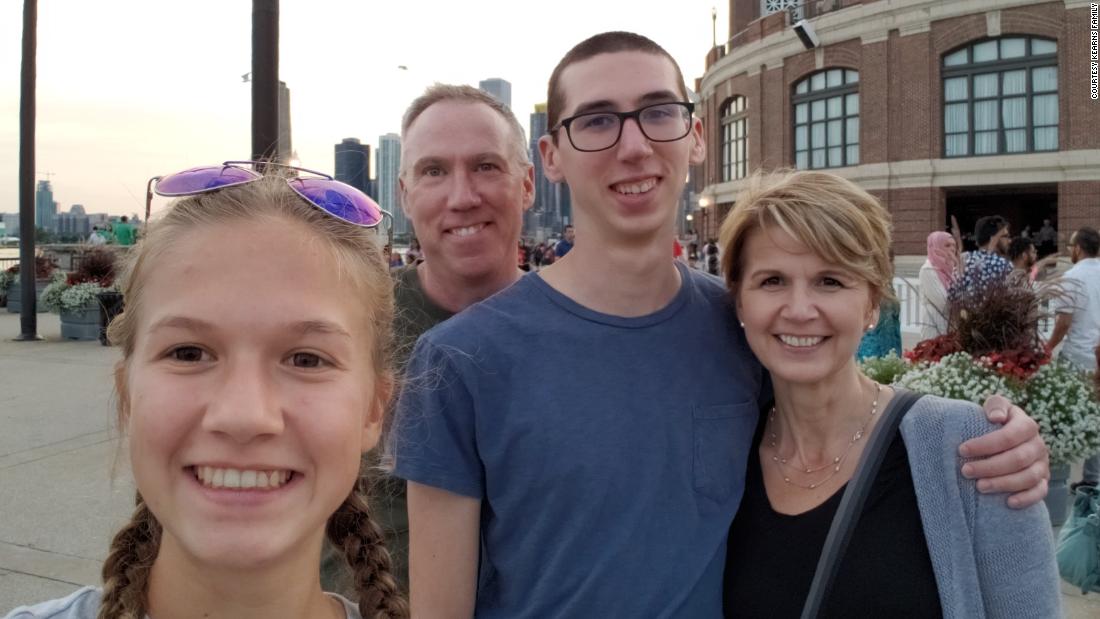 “If he had been able to get a hold of somebody…he would be alive today,” Dan told CNN Business in an interview.

The Kearns family is suing Robinhood for the wrongful death of their son, who — like a growing number of novice traders — turned to the free trading app for access to sophisticated financial instruments such as options.

The tragedy has drawn attention to the potential dangers of the free-trading boom that Robinhood and its gamified platform have helped set off.

“It’s almost like he martyred himself just to save us from what he thought would be a huge financial burden, which of course, isn’t the case,” Dan said.

Alex Kearns’ Robinhood account showed a negative balance of $730,000 — far more money than he had to his name, according to the lawsuit.

“Anyone would be in a state of panic to see those numbers on their screen,” his mother, Dorothy, said in the interview.

Alex did not realize that his negative balance would have been erased by the exercise and settlement of options he held, the family said. He didn’t really owe that staggering sum.

“He shouldn’t have been allowed to trade these complicated options in the first place. He had no training, no income, no qualifications, to make those sophisticated trades,” Dan said.

The lawsuit, which describes Alex as a “true goofball with a terrific sense of humor” and a “heart of gold,” argues that Robinhood lures inexperienced investors to take big risks — without providing the necessary customer support and investment guidance.

In a statement, Robinhood said that to determine eligibility for options trading, the company assesses customers’ investment experience and knowledge, investment objectives, and financial information such as income. For existing customers, Robinhood said it considers their trading activity on the platform.

Robinhood added that they “always seek to comply with applicable” rules and regulations from the Securities and Exchange Commission and the Financial Industry Regulatory Authority (FINRA).

After the Kearns lawsuit, Robinhood said it made a series of improvements to its options offering, including by providing guidance to help customers, updates on how it displays buying power and live voice support for customers with open options positions.

“We were devastated by Alex Kearns’ death,” Robinhood said. “We remain committed to making Robinhood a place to learn and invest responsibly.”

Robinhood has come under fire in recent weeks for temporarily suspending purchases of GameStop (GME) and other stocks favored by an army of traders on Reddit. The controversial step prompted calls for an investigation and Congress to schedule hearings.

The nightmare for the Kearns family began on June 11, 2020, when the holder of the options Alex had sold exercised his options, obligating the 20-year-old to buy the underlying security, according to the lawsuit.

At 11:01 pm that evening, Robinhood notified Alex Kearns by email that his account was restricted, meaning he couldn’t make new trades or withdrawals, the lawsuit said. Minutes later, another email indicated he was required to purchase over $700,000 in shares as part of the options trade, according to the lawsuit.

Even though Alex thought he could lose only $10,000 maximum, after seeing the Robinhood app he believed he had somehow lost $730,000, the lawsuit said.

Desperate for answers, Alex emailed Robinhood for help three times that night and the next morning, the family said.

Robinhood did not reply to questions from CNN Business about its customer support.

Alex never heard back from Robinhood beyond auto-generated replies, according to the lawsuit. He took his own life on June 12.

‘He needed a little help’

Before he died, Alex left a note indicating his confusion about the options trades and explaining that he did not want to die.

“The puts I bought/sold should have cancelled out, too, but I also have no clue what I was doing now in hindsight,” Alex wrote, according to the lawsuit. “There was no intention to be assigned this much and take this much risk, and I only thought that I was risking the money that I actually owned.”

Alex’s parents expressed frustration that their son didn’t have a way to communicate more quickly with Robinhood.

“He’s in a complete state of panic. He needed a little help. I think that’s all it would have taken to calm him down,” Dan said.

In addition to wrongful death, the complaint filed by the Illinois family accuses Robinhood of negligent infliction of emotional distress and unfair business practices. The damages they are seeking will be determined at a later date.

Alex’s parents expressed hope that their lawsuit will bring awareness to some of the risks that come with trading on Robinhood.

After Alex’s death, Robinhood CEO Vlad Tenev and former co-CEO Baiju Bhatt wrote that they were “personally devastated by this tragedy” and promised to make improvements to their platform.

“We’re grateful for that message. And he backed up those words with a very sizable donation to suicide prevention,” Dan said, referring to Tenev. “I believe he is remorseful about it and sorry for our situation.”

The company announced in June it was making a $250,000 donation to the American Foundation for Suicide Prevention and urged people in trouble to reach out for help.

Robinhood said this week that recent changes include new financial criteria and revised experience requirements for new customers seeking to trade advanced options strategies and plans to expand that to other situations. Robinhood also changed its system to escalate emailed support requests from some options traders and provide live voice support for customers with open options positions.

The Kearns family expressed support for those changes, but they said Tenev and Robinhood, need to take more action, including additional phone support.

Asked to respond to those who would argue that Alex was ultimately responsible for the investment decisions he made, Dorothy said this wasn’t a matter of her son gambling away too much money.

“It would be different if he made investment decisions and he lost a lot of money based on those decisions and he took his life,” she said. “It would still be tragic, but we would not be here today…because that would have been his fault.”

Instead, Dorothy said she believes Robinhood bears responsibility for leaving her son confused and without answers.

“If he would’ve gotten a response from Robinhood, or if there was some sort of disclaimer on the screen,” she said, “it wouldn’t have been a problem.”

TSA agent helps family get to Maine after mistake