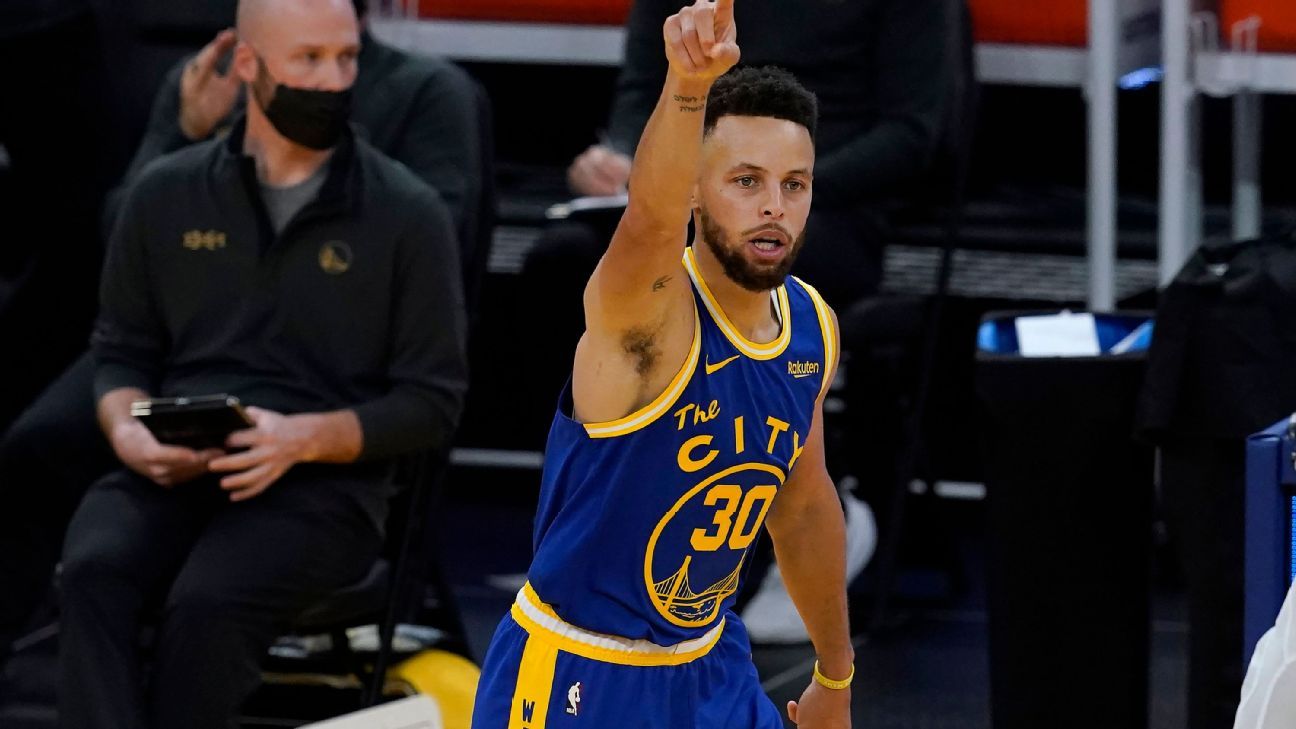 
SAN FRANCISCO — Golden State Warriors star guard Stephen Curry is happy to let his game do the talking as it pertains to the MVP race this season.

Curry, 32, is in the midst of one of the best stretches of his career, averaging 35.3 points per game and shooting 53-for-101 from beyond the arc over his past eight contests.

After scoring 40 points in a 111-105 win over the Orlando Magic on Thursday night, the former two-time MVP spoke with the type of confidence that has defined the past few years of his career when asked if he’d like to be in the conversation for the award this season.

“The game speaks for itself,” said Curry, who previously won the MVP award in the 2014-15 and 2015-16 seasons. “Those two [MVP] years is the exact same kind of conversation. Obviously, that’s an amazing accomplishment, and being in that conversation with all that we’ve been through these last two years, that means something. Those narratives make themselves as you go throughout the season, and my job is obviously just be at the level that I expect to be, and usually that means you’re at the top at the end of the season.

“I really try not to get distracted by that because it kind of taints the moment. And really right now, if I’m doing my job, then I’ll be there at the end of the season, and that will take care of itself.”

After hitting 10 3-pointers on Thursday night, Curry has hit at least 10 3s in 17 games, extending his NBA record. Warriors swingman Klay Thompson sits in second with five such games.

“It is routine, which is the crazy part of it,” Warriors coach Steve Kerr said of Curry’s latest offensive outburst. “You just come to expect it. And these 3s that he hits when there’s just nothing there offensively and he just uses his dribble to free himself up, not exactly with a ton of space, just a few inches of space, and then he rises up and you expect every single one of them to go in. It’s kind of crazy. He’s in a really good groove.”

Asked whether Curry belongs in the MVP conversation, Kerr, who has said repeatedly in the past week that he feels Curry is playing the best basketball of his career, was blunt in his assessment.

The one thing that appears to be holding Curry back from garnering more momentum for the award is the Warriors’ 14-12 record. When asked if a team’s win-loss record should be taken into consideration, Curry offered a measured response.

“It always has and it always will,” he said, “You can always make judgments based on what you value and what you see and numbers and wins and losses and the eye test and all that type of stuff. It’s kind of what makes the beauty of that award in general because everybody has a different take on what it means. Sometimes the goalposts do change, though, for sure. So it’s just a matter of doing my job, and if that means people want to put me in that conversation or any of the other guys, then that’s amazing. If not, it’s not going to change how I approach the game.”

Curry’s ability to hit shots from all over the floor continues to leave his teammates in awe. Even they can’t seem to process what kind of tear the guard is on.

“It’s literally like a video game,” Warriors swingman Juan Toscano-Anderson said. “We’re all on the bench chuckling and laughing like, ‘Man, he’s unreal.'”

Fellow Warriors swingman Andrew Wiggins echoed a similar sentiment, saying that he believes Curry has proved to be the best player in the league so far this season.

“The stuff he does even with two, three defenders on him, how he still gets his shot up and makes it,” Wiggins said. “The space he creates, it doesn’t matter who’s guarding him. It’s just a joy to watch. It’s one thing to watch on TV, and it’s another thing to actually be here, living it. … He’s on his own level right now.”

Curry admitted this is one of the best stretches of his 12-year career.

“One-hundred percent,” Curry said. “But it’s all about what’s happening now. I don’t compare it to really anything in terms of what has happened in the past. … I’ve been saying it for a while, I feel confident and strong and in rhythm, and it’s a good feeling and I want to keep getting better. That’s the goal.”