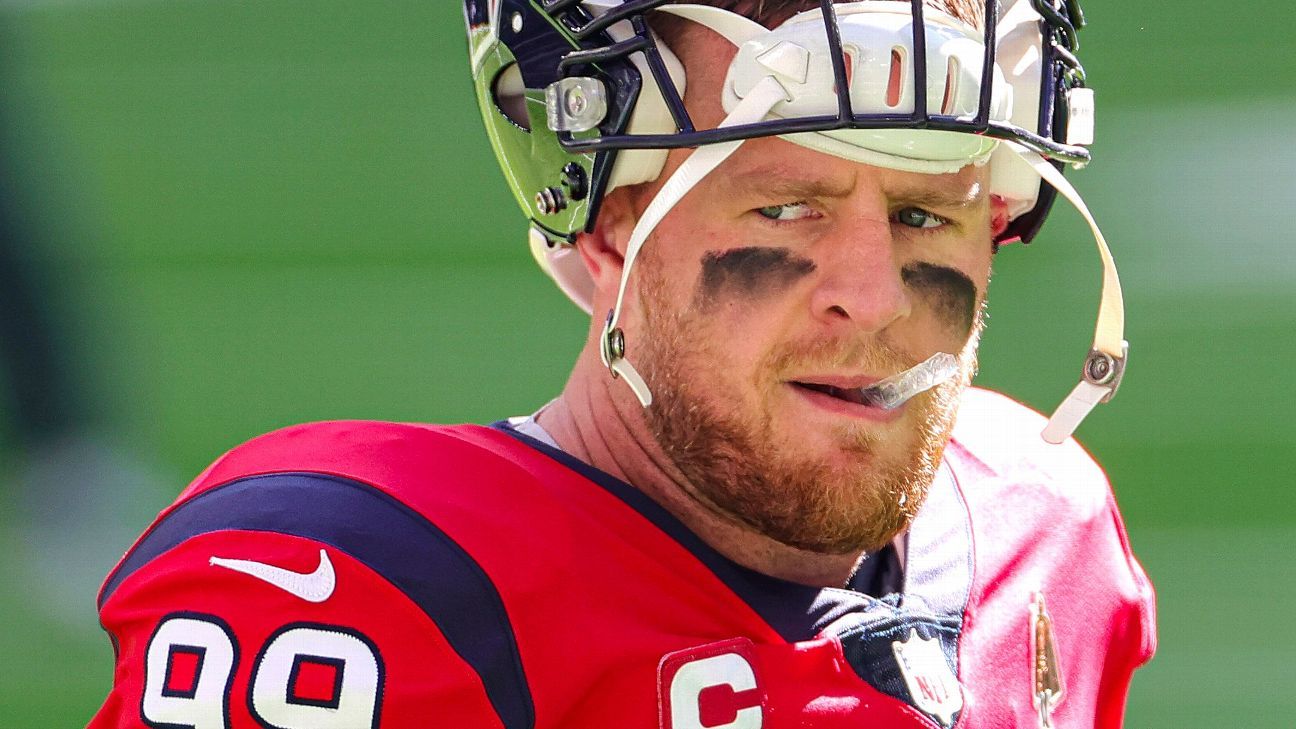 
HOUSTON — When Houston Texans fans booed J.J. Watt on draft night in 2011, they couldn’t have seen what was to come.

They couldn’t have known Watt would become the face of the franchise, the best player in its 19-year history, and a legendary figure in Houston.

On Friday, it was announced Watt asked for, and was granted, his release by the Texans, signifying he and the McNair family have mutually parted ways. It was the latest move in a tumultuous offseason for a Texans team currently dealing with a trade request from its franchise quarterback Deshaun Watson.

In Watt’s announcement, a video to the fans, he said while he’s looking forward to a new opportunity, “it’s always tough to move on.”

“I came here 10 years ago as a kid from Wisconsin, who’d never really been to Texas before,” Watt said. “And now I can’t imagine my life without Texas in it. The way that you guys have treated me, besides draft night. I mean, you guys booed me on draft night. But every day after that, you treated me like family. And I truly feel like you’re my family.”

The way the Texans handled Watt’s exit showed the respect the McNair family had for Watt. Houston could have tried to trade Watt and get draft capital in return, but instead chose to release him more than a month before the start of free agency. Now, he can sign with another team immediately. In a statement, team co-founder and senior chair Janice McNair said, “Simply put, there has been no person in the past decade who has made a greater impact on the Texans organization than J.J. Watt.”

Watt’s most incredible stretch on the field came between 2012 and 2015, when he won three NFL Defensive Player of the Year awards, becoming the only player to record multiple seasons with 20 or more sacks since 1982.

His 74.5 sacks were the second most through a player’s first five seasons since individual sacks become and official statistic in 1982, according to ESPN Stats & Information.

While Watt didn’t miss a game in his first five seasons, he had two back surgeries in 2016, shattered his leg in 2017 and tore his pectoral muscle in 2019. All were season-ending injuries, except the torn pectoral muscle, when he came back after eight games for the playoffs. It was an unprecedented return made possible because he was willing to put in the work.

In 2015, when Watt did not miss a game despite breaking his hand, he also played with five torn muscles, which required offseason surgery.

It was that toughness that commanded respect in the locker room and around the city. Teammates and fans gravitated toward Watt and he was not only a leader in the locker room, but in Houston. His passion on the field was contagious, giving fans a reason to be excited about a team that was always close to breaking through in January but never did.

Aside from what he did on the field, it was what he did in the community that impacted Houston most.

In August 2017, as he watched Houston get pummeled by Hurricane Harvey, Watt started a fundraiser to help those affected by the storm.

What started as a goal of raising $200,000 — $100,000 of which he donated himself — quickly turned into a life-changing $41.6 million. Watt not only raised that money, but he also took the process of distributing it seriously, speaking to people who handled donations after Hurricane Katrina hit New Orleans to see what they did well and what mistakes they made. He said it was his mission to make sure the money raised made as large of an impact as possible.

And while people across the world will remember what he did in the wake of Hurricane Harvey, there are hundreds more stories — and probably hundreds more untold — of what Watt did in this community in his 10 years in Houston.

Last May, when Watt was asked if he wanted to finish his career in Houston, he said, “That would obviously be a goal of mine.”

“This city has been incredible to me since the day I got here,” Watt said. “I’m very thankful and fortunate to have the opportunity to play for such great fans who have supported not only myself, but my foundation and everything that I’ve tried to accomplish. It’s a great place.

“I can’t say what’s going to happen in the future, but I certainly hope that that’s the case.”

Ultimately, the 2020 season showed how far the Texans were from accomplishing Watt’s ultimate goal of winning the first Super Bowl in franchise history, and the McNair family honored his request to try to win somewhere else.