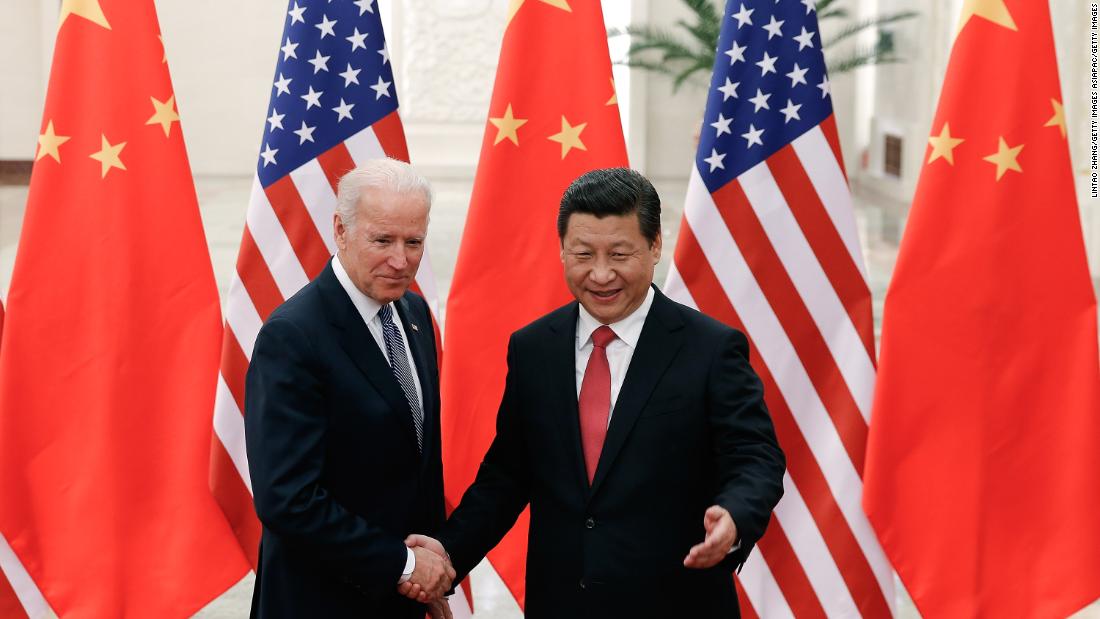 As the country prepared to celebrate the Lunar New Year — albeit, in a strictly limited, coronavirus fashion — Chinese leader Xi Jinping had a phone call with US President Joe Biden, the first time the two men have spoken since the latter’s election. Like many things in the post-Donald Trump era, the call was notable in large part for its normality, a return to how things were prior to 2016.
According to a concise White House readout of the call, Biden “underscored his fundamental concerns about Beijing’s coercive and unfair economic practices, crackdown in Hong Kong, human rights abuses in Xinjiang, and increasingly assertive actions in the region, including toward Taiwan.”
In briefing reporters, both before and after, US officials officials played up Biden’s willingness to confront Xi and his long history of engaging with China, having met Xi himself several times when Biden was vice president to Barack Obama.
“Modern-day historians can certainly confirm that there are few presidents who came into this job with more of a history on engaging with Chinese leadership,” White House Press Secretary Jen Psaki said Thursday, adding that the call was “robust and comprehensive.”

Comprehensive it might have been, but according to Chinese state media, what robustness there was did not result in any tension or bad feeling — quite the opposite.

“Xi-Biden telephone call sends positive signals to world,” state news agency Xinhua said in a commentary, adding that Biden had pledged to communicate in “the spirit of mutual respect and to improve mutual understanding and avoid miscommunication and miscalculation.”
In a separate summary of the call, Xinhua quoted Xi as saying to Biden: “You have said that America can be defined in one word: Possibilities. We hope the possibilities will now point toward an improvement of China-US relations.”

That account went into considerably more detail about the call than the White House readout, and yet the issues of Taiwan, Hong Kong and Xinjiang, such pivotal points according to Washington’s account, are relegated to a single sentence in the fourteenth paragraph. Xi is quoted as dismissing Biden’s concerns out of hand, saying all three areas are “China’s internal affairs and concern China’s sovereignty and territorial integrity.”

“The US side should respect China’s core interests and act prudently,” Xi is quoted as saying.

Without a recording of the call itself, there is no way to tell which account is the most accurate; in their summaries, both sides are communicating to a domestic audience, Biden in claiming to be tough on issues of human rights, Xi in saying he was equally tough in pushing back.

These apparent differences reveal something of the difficulties facing Biden in dealing with China, a country he recently described as America’s “most serious competitor.”

Though Biden may wish to appear tough on China — and may pursue policies that take this stance beyond the rhetorical — he is dealing with a country that is more powerful than it has ever been, one that weathered an intensely hostile Trump administration, and has come largely out of the coronavirus pandemic stronger and more secure, while the US remains mired in varying degrees of political and social strife.

He is also dealing with a country that is more than adept at playing this game. The reaction to the Biden call in China is that it represents a chance for a new beginning, suggesting Xi and his administration are unconcerned by Biden’s seemingly tough stance.

Biden is not the first US leader in recent years to address uncomfortable issues when talking with senior Chinese officials and diplomats. And as previous US administrations have shown, denouncing Beijing publicly doesn’t necessarily preclude the two sides from working together.

Bill Clinton, who once condemned the “butchers of Beijing” following the 1989 Tiananmen Square massacre, also lobbied for China to join the World Trade Organization (WHO), massively boosting the Chinese economy and the country’s standing on the global stage.

His successors, George W. Bush and Barack Obama, while occasionally experiencing moments of tension with Beijing, also sought to partner with China on issues such as North Korea, Iran, and cybersecurity, as well as boosting economic engagement.

In a visit to Beijing in 2009, Obama’s secretary of state, Hillary Clinton, said that Washington’s lobbying on issues of Tibet, Taiwan and human rights, “can’t interfere with the global economic crisis, the global climate change crisis, and the security crisis.”
The biggest difference that Trump presented to his predecessors was a willingness to blow up the US-China relationship entirely. To date, Biden’s administration has been happy to retain most of Trump’s tariffs and sanctions, as a negotiating tool if nothing else, and this week Biden ordered the Pentagon to review its China strategy, while continuing to send forces to the South China Sea.

However, the Biden administration has also made clear there are issues such as climate change in which the two sides share a national interest, and which it will seek cooperation with Beijing. Of more potential concern to China, Biden has also suggested he could rally European leaders and other allies — more willing to listen to him than Trump — in opposing Beijing on various issues, though how this gels with also wanting Chinese engagement in other areas remains to be seen.

In a call between Biden’s Secretary of State Anthony Blinken and Chinese diplomat Yang Jiechi, the latter said “each side should focus on taking care of its own domestic affairs,” adding that “no one can stop the great rejuvenation of the Chinese nation.”

Since Clinton, Washington has been criticized by China hawks for being too soft on Beijing, for not using the leverage it had while the two powers were unequal. Biden is perhaps the first US leader for whom this is not necessarily an option, and he will be dealing with a superpower that is on an equal footing.

Funeral van stolen with body inside

South African variant: What is behind the Covid-19 surge in southern Africa?