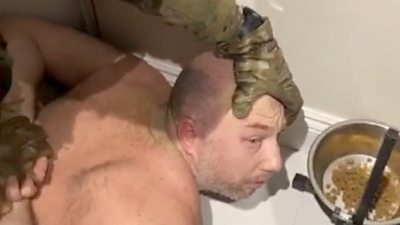 
The arrest and the jailing of Russian opposition leader Alexei Navalny has sparked unprecedented street protests in Russia. With the Kremlin determined to crack down, police have been targeting opposition activists across the country, as far away as Vladivostok, 4,000 miles east of the capital.

An online video shows Vladivostok protester Gennady Shulga in a headlock over his dog’s food bowl as Russian police interrogate him in his home. The BBC travelled to meet Shulga, who said he believes the video was leaked to ‘show people what the authorities can do’.

Myanmar coup: What led to the military seizing power?

How Mike Pence became a villain in Trump world

Anwar Ibrahim: Honeymoon as Malaysian PM will be brutally short