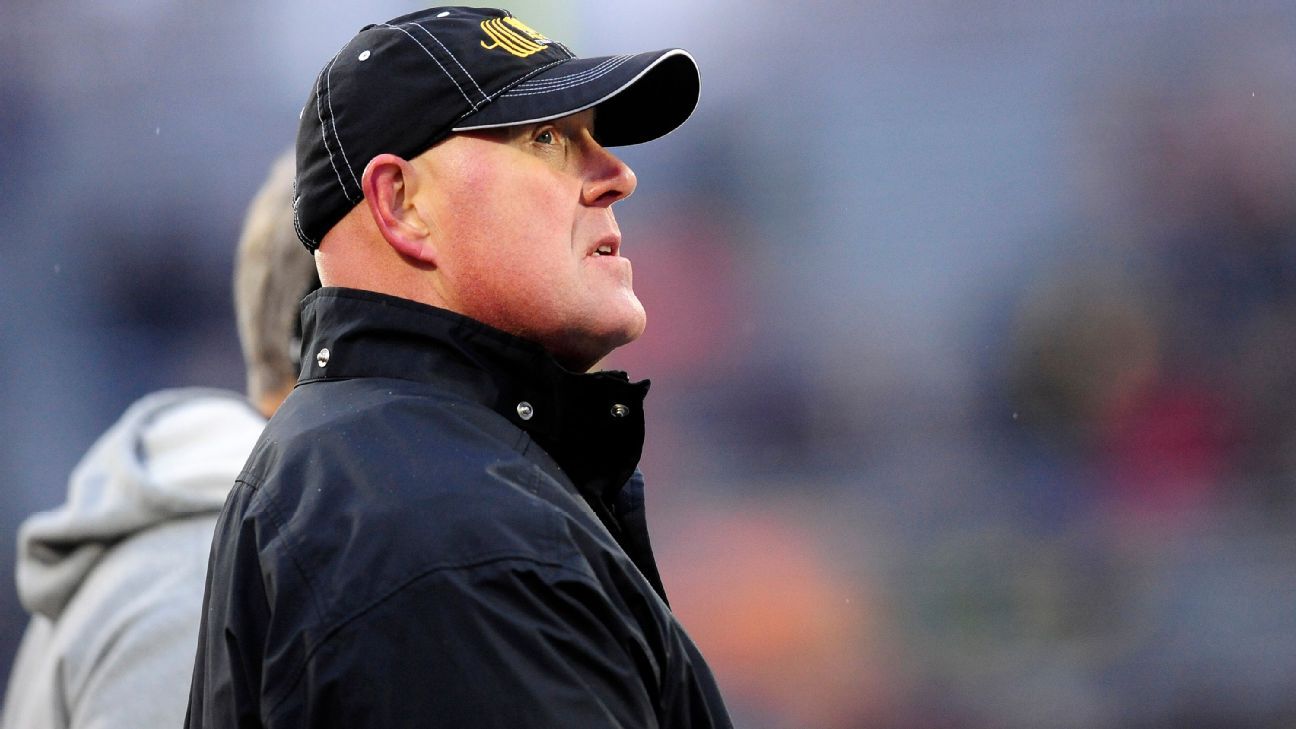 
JACKSONVILLE, Fla. — Jacksonville Jaguars director of sports performance Chris Doyle, the former strength coach at the University of Iowa who was accused of making racist remarks and belittling and bullying players while there, resigned late Friday night just hours after the organization was criticized for the hire by the Fritz Pollard Alliance.

First-year Jaguars coach Urban Meyer released a statement that said the team failed to properly consider the impact of hiring Doyle, who had reached a separation agreement from Iowa in June as a result of allegations made by multiple Black players.

“Chris Doyle came to us this evening to submit his resignation and we have accepted,” Meyer’s statement read. “Chris did not want to be a distraction to what we are building in Jacksonville. We are responsible for all aspects of our program and, in retrospect, should have given greater consideration to how his appointment may have affected all involved. We wish him the best as he moves forward in his career.”

“At a time when the NFL has failed to solve its problem with racial hiring practices, it is simply unacceptable to welcome Chris Doyle into the ranks of NFL coaches,” Graves’ statement read. “Doyle’s departure from the University of Iowa reflected a tenure riddled with poor judgment and mistreatment of Black players. His conduct should be as disqualifying for the NFL as it was for University of Iowa.

“Urban Meyer’s statement, ‘I’ve known Chris for close to 20 years’ reflects the good ol’ boy network that is precisely the reason there is such a disparity in employment opportunities for Black coaches.”

The Fritz Pollard Alliance is an organization devoted to championing diversity in the NFL. It is comprised of scouts, coaches and front-office personnel in the NFL as well as other sports professionals.

Doyle’s hiring drew immediate backlash on Thursday, when the team announced the move as part of Meyer’s complete coaching staff.

A number of the allegations came from Black players and concerned the way Doyle treated them and his use of racist language. Meyer said on Thursday he researched Doyle, had some intense conversations with him and was confident that there would not be problems in the future.

“I vet everyone on our staff, and like I said the relationship goes back close to 20 years and a lot of hard questions asked, a lot of vetting involved with all our staff,” Meyer said. “We did a very good job vetting that one.

“… I met with our staff and I’m going to be very transparent with all the players like I am with everything. I’ll listen closely and learn and also there’s going to have to be some trust in their head coach that we’re going to give them the very best of the best and time will tell. … The allegations that took place, I will say [to the players] I vetted him. I know the person for close to 20 years and I can assure them there will be nothing of any sort in the Jaguar facility.”

Some of the issues raised by the numerous former Iowa players who spoke out on social media last year were: Black and white players were held to different standards, Black players were mistreated, Doyle and other assistants made racist remarks, and Black players felt they had to conform to specific ways of dress and behavior. Their complaints sparked the university to hire a Kansas City law firm to conduct an external investigation into the football program.

The issues were not strictly related to race.

Former Iowa offensive lineman Jack Kallenberger said last June on Twitter that he retired from football in January 2019 after he became despondent because of what he described as bullying related to a learning disability. Doyle was among the coaches he named who harassed him.

The university placed Doyle on administrative leave on June 6 in the wake of those allegations. One day later Doyle defended himself in a statement posted to Twitter that read, in part: “At no time have I ever crossed the line of unethical behavior or bias based upon race. I do not make racist comments and I don’t tolerate people who do.”

On June 14, it was announced that Doyle, who had been with the program since 1999, was out at Iowa. Doyle, who was the nation’s highest-paid strength coach at $800,000 annually, received 15 months’ salary (roughly $1.1 million), and he and his family were awarded benefits from Iowa for 15 months, or until he found employment elsewhere, which he did this month with the Jaguars.