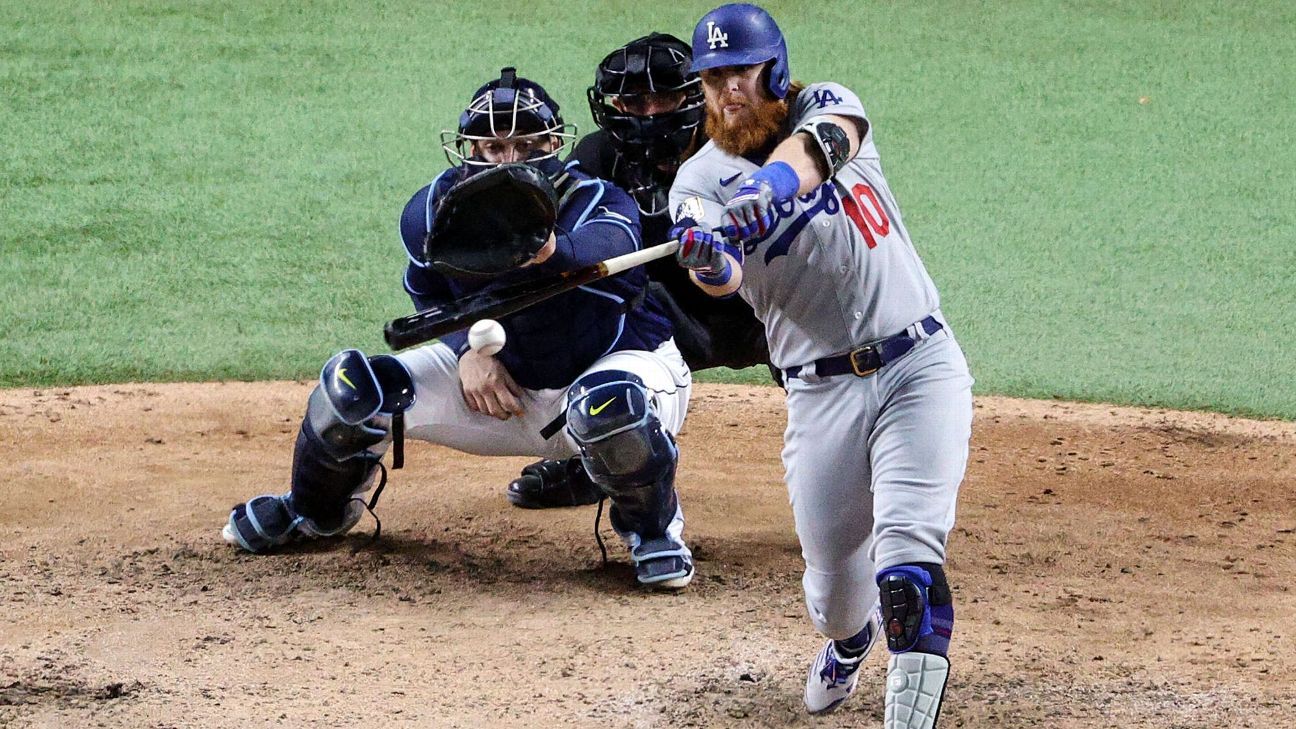 Turner’s deal is for two years and $34 million guaranteed, and it includes a club option for a third year, sources told ESPN’s Jeff Passan.

Turner, 36, became a free agent when his four-year, $64 million contract expired following the Dodgers’ World Series victory in October. A member of the Dodgers since 2014, Turner is the longest-tenured position player on the team and the third longest overall, behind Clayton Kershaw (2008) and Kenley Jansen (2010).

Turner was a journeyman for the first half of his major league career. He was non-tendered by the New York Mets in December 2013, went unsigned for the next two months and then agreed to a minor league contract with the Dodgers. At 29, he began to establish himself among the game’s most productive third basemen.

Turner batted .297/.378/.508 from 2015 to 2019, accumulating 105 homers, 147 doubles and 21.9 FanGraphs wins above replacement in 645 regular-season games. He made an All-Star team, finished within the top 10 in National League MVP voting on two occasions and set the tone for the Dodgers’ hitting philosophy as their most consistent performer.

Along the way, Turner contributed several memorable postseason moments, most notably his walk-off home run against the Chicago Cubs in Game 2 of the 2017 NL Championship Series. According to ESPN Stats & Information research, he ranks first in Dodgers postseason history in hits (79), home runs (12), runs (40) and RBIs (41).

His crowning achievement finally came last season, when Turner — a lifelong Dodgers fan who grew up in Lakewood, California, and identifies Kirk Gibson’s famous pinch-hit home run in the 1988 World Series as his first baseball memory — helped lead the franchise to its first championship in more than 30 years.

Turner posted a 1.066 OPS in six World Series games against the Tampa Bay Rays, but his career highlight became tarnished after Major League Baseball informed the Dodgers in the late stages of the eventual clincher that Turner had tested positive for COVID-19.

Turner, the Dodgers’ player rep, was removed to begin the eighth inning of Game 6 and wasn’t on the field to celebrate the final out. But he broke protocol and reentered the field to take pictures with the World Series trophy and was seen around teammates without a mask, drawing the ire of MLB officials and rampant criticism from people throughout the country. MLB ultimately decided not to discipline him.