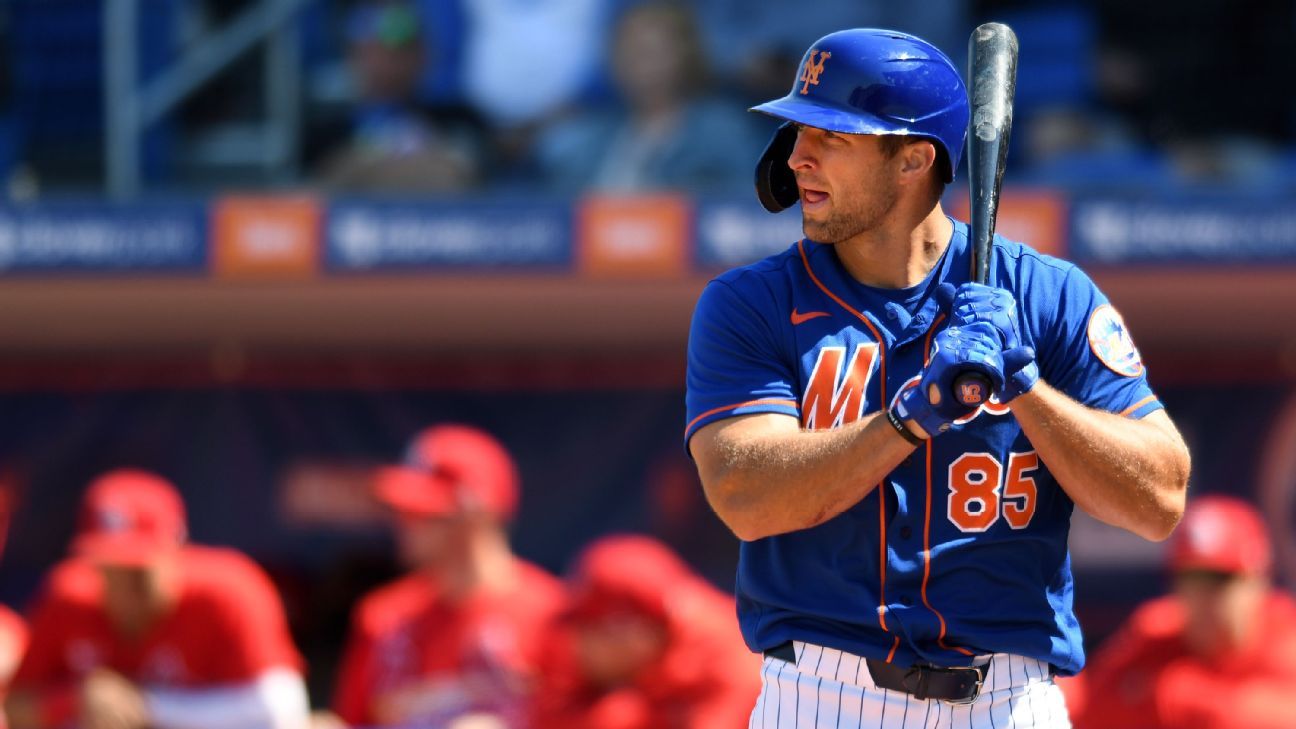 
NEW YORK — Tim Tebow has been invited to big league spring training by the New York Mets, taking one of 75 spots after Major League Baseball limited spring roster sizes as a coronavirus precaution.

The 2007 Heisman Trophy winner returned to baseball in 2016 for the first time since his junior year of high school and played 77 games at Triple-A in 2019 before the pandemic wiped out the 2020 minor league season.

A lefty-hitting outfielder, the 33-year-old Tebow, who works for the SEC Network as a football analyst during his baseball offseason, batted .163 with four homers and 19 RBIs two years ago with Syracuse.

He’s been invited to major league spring training each of the past four years and has hit .151 in 34 games, connecting for his first and only homer last spring before camps were closed.

Despite the poor numbers, Tebow was among the 28 nonroster spring invitees announced by New York on Saturday. The majority of minor league players won’t report to camps until the big leaguers depart for opening day April 1.

Tebow, who also dealt with injuries in 2018 and ’19, said last spring that he wasn’t ready to give up on his dream of reaching the majors.

“That would obviously be something that would be special, and I think another part of the dream,” Tebow said. “Part of it’s just playing every day and enjoying it and competing, which I love. Obviously, that would be awesome. It would be a lie if I said that wouldn’t be super cool. … But I wouldn’t say it would be a success or failure if that did or did not happen.”

US Capitol Police officers issue vote of no confidence for acting chief, other top leaders

Ice Fishing Derby to go on with some changes