The remaining Americans in the Australian Open are shining, and rooting each other on 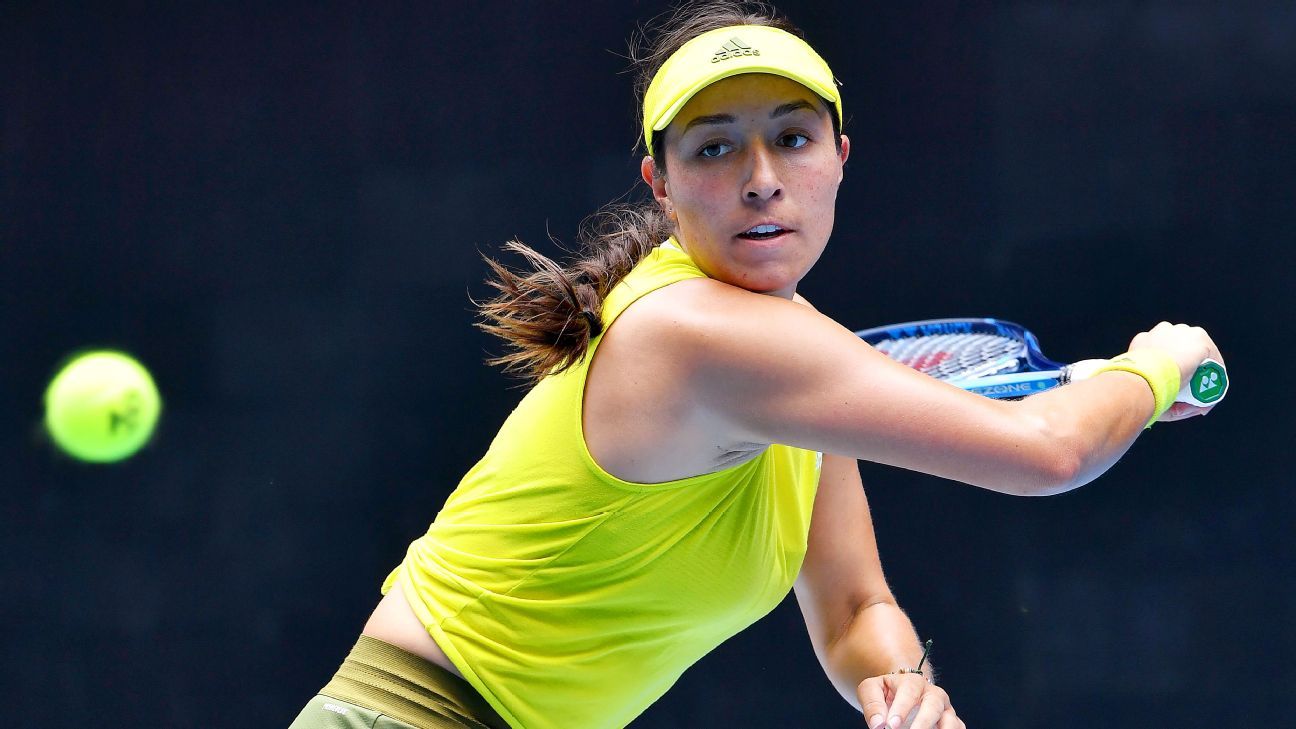 
Upon advancing to her first major fourth round on Saturday, Jessica Pegula grabbed the blue marker to write on the on-court camera lens, as is customary for winners at the Australian Open. She could have written anything.

Before saying hi to her sister, she wrote: “Let’s go Jen Brady!”

Brady, her longtime friend and fellow American, was up next on the same court at John Cain Arena and had asked Pegula for a shout-out on Twitter.

Soon after, Brady joined Pegula in the round of 16 following a victory over Kaja Juvan — and by the end of the day, two other Americans had followed suit. Shelby Rogers overcame a 4-1 start to beat Anett Kontaveit in straight sets, and on the men’s side, Mackenzie McDonald — ranked No. 192 in the world — defeated Lloyd Harris to make his second major fourth round.

There were no fans at Melbourne Park on Saturday for the first time since the lockdown was put in place, but despite the strange circumstances, the remaining American contingent shined — and continued to show support for one another.

“It’s so cool, seeing all these girls I grew up with, and we’ve known each other for so many years, do really well and play some awesome tennis and on the biggest stages,” Rogers said after her match. “We’re all supporting each other. We have some fun chats going on. It’s really cool to see us all keep going.”

The foursome joined fellow American Serena Williams, who had advanced on Friday, in the second week at the tournament.

The American women have had great success at Grand Slams in recent years — led, of course, by Williams — with major titles from Sloane Stephens and Sofia Kenin and a slew of others in perennial contender status. There are 18 Americans ranked in the top 100, and there is consistent representation in the second week of Slams from the group, although Brady, Rogers and Pegula are more recent additions to the list. At the 2020 US Open, Brady reached her first career semifinals, Rogers reached the quarters for the second time at a major and Pegula had her then-best run at a Slam with a third-round showing.

“We’ve got a multigenerational group of players at the top of the game on the women’s side,” said Martin Blackman, the general manager of player development for the USTA. “And I think that also puts things into perspective — from Coco Gauff to Serena, to all the players in between, there’s not a lot of burden that’s being placed on one player right now. And I think that really helps everybody, and takes some of the pressure off.”

While Williams continues her quest for her record-tying 24th major title, her cohorts can fly somewhat under the radar. Jennifer Brady (age 25), Rogers (28) and Pegula (26) didn’t have the early success of Williams, who won her first major at 17, or receive anywhere near the attention placed on 16-year-old Gauff, but they’ve been quietly and steadily working on their games and improving week to week, year to year. Seeing the success of one another has only helped fuel them further and provided self-belief.

“I think the pandemic and everything we’ve gone through over the past year has helped the players look a little bit outside themselves,” Blackman said. “Tennis is such an individual sport, and you have to be so focused on yourself and every little detail, but I think things have come into perspective. They genuinely like each other and are happy for one another, and being part of our Billie Jean King Cup team has created a really healthy environment for our top women.

“A lot of [the success we’re seeing] is demonstration effect. In any given Slam, we have four or five women in the quarters, some of the other women who maybe haven’t gotten there yet can say, ‘If she can do it, I can, too.’ Each win raises the bar and raises the level for everyone else.”

Although the American men haven’t had comparable success — Andy Roddick was the last countryman to win a major in 2003 — and McDonald is the only one remaining in the singles draw, McDonald still has support from the remaining women. Brady was one of the first to text him after his win on Saturday, as the two played collegiate tennis at UCLA.

“I was just texting with Mackie,” Brady said. “I’m so proud of him, happy for him that he’s made the fourth round here. I think he’s also pretty excited for me, as well.”

Many of those who know McDonald appreciate all the 25-year-old has been through, not just to get to the second week at a Slam, but to playing tennis at all. After making his first round of 16 at Wimbledon in 2018, he suffered a potentially career-ending injury in 2019 when he tore a hamstring tendon off the bone while playing in a doubles match at Roland Garros. He spent the rest of the season recovering from surgery, unsure if he would ever play again.

He made his return in 2020 and needed to use his protected ranking for entry in Melbourne. But he has more than made the most of the opportunity.

McDonald’s ranking is expected to rise to No. 136 and would only improve if he keeps winning. That will be an uphill battle, as he next faces Daniil Medvedev, the No. 4 seed and 2019 US Open finalist, on Monday. But Blackman, who frequently watches McDonald practice at the USTA’s National Campus in Orlando, Florida, has been impressed with his unrelenting work ethic and said he might be up for the task.

“I think he matches up well against Medvedev,” Blackman said. “Medvedev is a great player, and he will have to play his best tennis to beat him, but I think on paper, it’s a pretty good matchup because Mackey likes to move forward and take the ball early. He keeps the ball relatively flat, he’s got a good second serve return. He’s playing with house money now, so he shouldn’t put any pressure on himself and just play the match he wants to play.”

Even with no fans, McDonald will have a fair amount of support on the grounds at Melbourne Park on Monday. And, as none of the Americans will be facing one another, they will all be rooting for one another to secure a spot in the quarterfinals. If Pegula and Brady were both to win their matches, it would set up a quarterfinal match between the two — something Pegula immediately embraced when told.

“That would be fun,” Pegula said. “I mean, I hope that’s what happens to be honest. Yeah, I think we’re probably just focused on our next match.

“Jen is awesome. I’m always rooting for her to win. She’s a great person. I mean, that would be ideal, honestly, for us [to play against each other]. I think that would be really cool and good for American tennis.”

Charging stations to help put city on the map