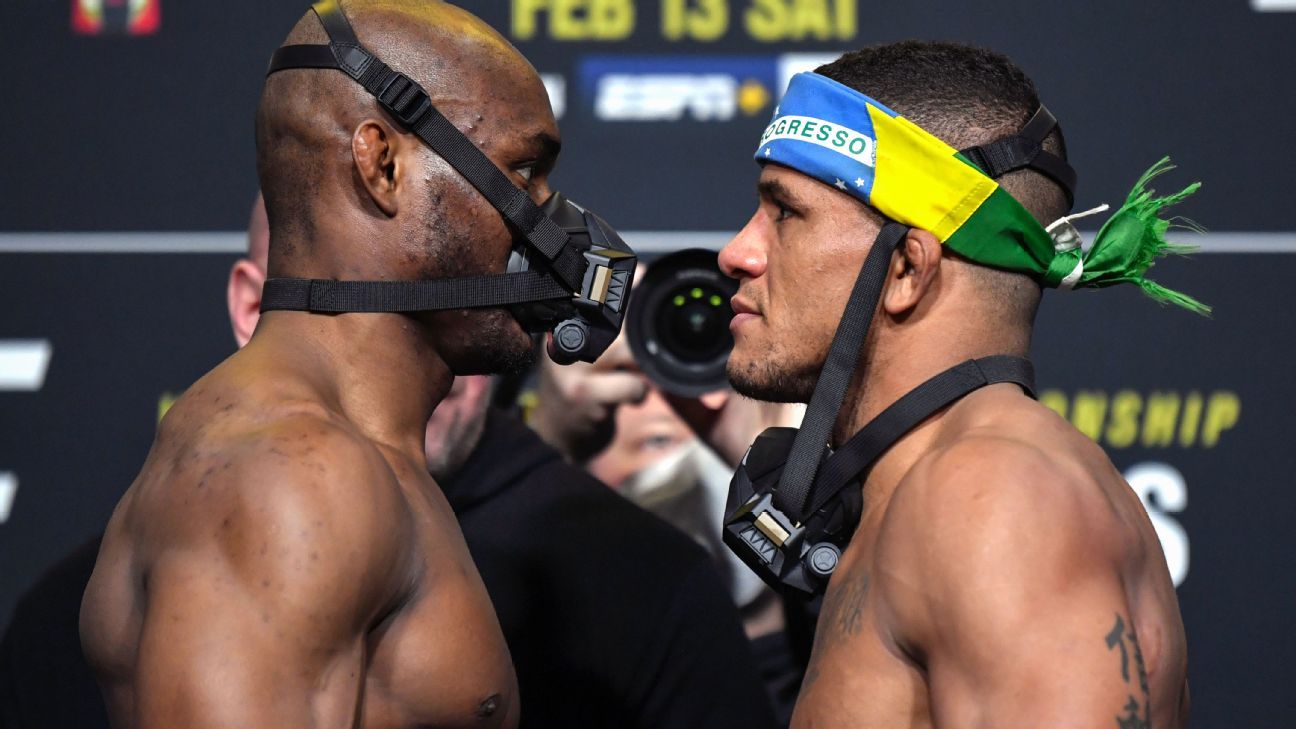 
Kamaru Usman and Gilbert Burns have faced off hundreds of times with each other in practice. On Saturday, they’ll do it for real.

Usman will defend his UFC welterweight title against Burns, his former sparring partner, in the main event of UFC 258 in Las Vegas.

“I know a lot about Kamaru,” Burns told ESPN. “I know exactly how he wants to fight. I know a lot about him. On the other hand, he knows a lot about me, too. It’s just different. I don’t care. It is what it is. We’re gonna go out there, I’m gonna try to knock him out or submit him.”

Usman and Burns had been training together in South Florida since 2012, first with the Blackzilians, then HKickboxing and finally with Sanford MMA. Usman departed for Colorado to train under coach Trevor Wittman last year after the initial fight with Burns was scheduled for July. But Burns tested positive for COVID-19 and withdrew from that bout.

While Wittman will corner Usman, Burns will be missing longtime coach Henri Hooft, who has decided to sit this one out because he also coached Usman before he switched gyms.

Usman, a Nigeria, native is 12-0 in the UFC — one win short of Georges St-Pierre’s record 13 straight UFC welterweight wins. Usman, 33, is coming off a unanimous-decision win over Jorge Masvidal at UFC 251 last July.

Burns (19-3) has won six in a row, the most recent a unanimous decision win over Woodley last May. The Brazil native is 4-0 since moving up to welterweight from lightweight in 2019. Burns, 34, is a multiple-time Brazilian jiu-jitsu world champion with power in his hands. He’s trying to become the first Brazilian to win the UFC welterweight title.

In the co-main event, Maycee Barber and Alexa Grasso will meet in a battle of promising women’s flyweight up-and-comers. The 22-year-old Barber (8-1) is trying to bounce back from her first career loss, as well as ACL surgery. Grasso (12-3), a 27-year-old Mexican striker, is looking to put together her first UFC winning streak.

Does yoga have a conspiracy theory problem?