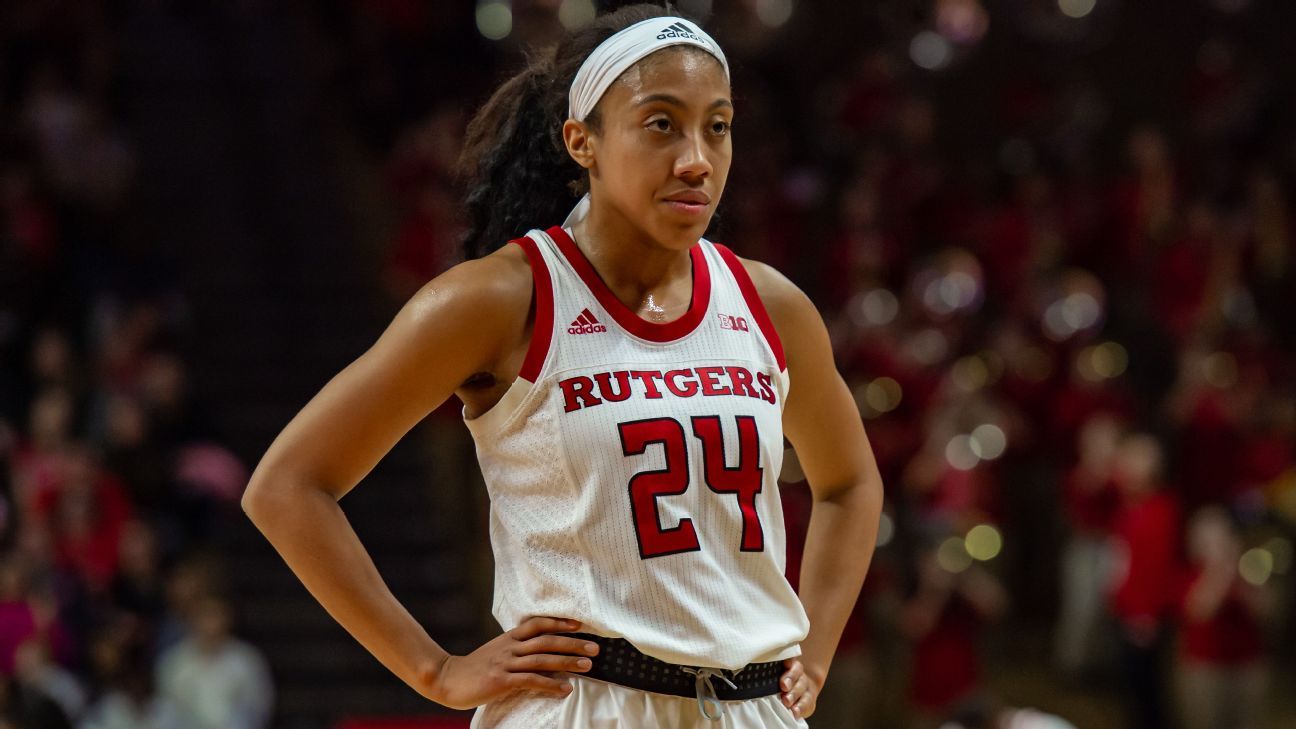 Five of the top 20 teams in this week’s women’s Bracketology are either on a COVID-19 pause or just coming out of one. Those breaks in the schedule have resulted in 16 postponed games for some of the nation’s best women’s college basketball teams. Tennessee, Oregon and Michigan have all missed games in the past week. Across the country, more than 200 conference games have been postponed without a rescheduled date yet.

At this point of the season, it’s unlikely these games will be made up. There just isn’t enough time. And the large number of games that have been postponed or canceled due to COVID-19 are going to cause an imbalanced NCAA tournament selection process. For example, there’s a large discrepancy in assessing bubble teams such as Rutgers, which has played just 10 games through Thursday, against Clemson and BYU, which have played 18 and 15 games, respectively.

And it is why forgoing conference tournaments in 2021 to give teams the time to better balance what are now widely disparate résumé sizes might make the most sense in this season like no other.

UConn coach Geno Auriemma recently said it wouldn’t bother him if the Big East tournament was canceled. Much of the conversation has revolved around potential COVID-19 risks so close to the start of the NCAA tournament. The NCAA announced last week that the 64-team field would be unveiled on Selection Monday, March 15. All games will be played in the San Antonio region, with the first round tipping off Sunday, March 21. Members of each team’s traveling partie, up to 34 people, will need seven days of negative COVID-19 tests before departing to San Antonio.

But if conference tournaments get played as scheduled, that leaves less than three weeks left in the regular season for some teams. If conference tournaments were canceled, leagues could use that extra week — or two extra weeks in the case of conferences such as the ACC, Big East, Pac-12 and SEC — to play some of these games that have been postponed. Not every game needs to be made up, of course, but teams such as Rutgers and Michigan, which played for the first time Thursday since Jan. 21, would benefit from getting two more weeks to play potentially four more regular-season games versus traveling to Indianapolis for the Big Ten tournament where just one more game is guaranteed.

The additional regular-season games would better align all the comparative data points that go into the NCAA tournament selection process. More games would give more meaning to strength of schedule rankings, and allow for more evaluation in a season in which the “eye test” will have a significant role.

Would awarding regular-season champions the conference’s automatic bid mean we might miss out on the Cinderella runs to an automatic NCAA bid that are part of what make college basketball great? Just two seasons ago coach Kellie Harper and Missouri State were a bubble team, and there was no guarantee the Missouri Valley Conference would get two bids. But the Lady Bears upset top-seeded Drake in the MVC championship game, then scored two more upsets to reach the Sweet 16.

The truth is, those magical conference tournament runs don’t happen as often as you think. Only once in the past two full seasons has a team lower than a conference No. 4 seed won that league’s tournament (George Washington as a No. 5 in the Atlantic 10 in 2018). Having better NCAA tournament résumé balance would be better for the selection process than the slim possibility of a Cinderella story during conference tournament play.

Here’s a look at the teams that have been most impacted by COVID-19 pauses.

Rutgers (No. 10 seed): The Scarlet Knights (7-3) played Sunday for the first time in five weeks. Eight games were postponed. Rutgers is 18th in the NET and prior to its return to action was drifting down the S-curve rankings. Winning their two games this week, including a big one on Thursday night at Northwestern, has stabilized the Scarlet Knights’ spot in the field for now, but résumé remains thin. There just hasn’t been enough to evaluate. The rest of the teams near the cut line have played significantly more games. We don’t know how the committee will look at these discrepancies, but it makes sense to give stronger consideration to teams that have played more games. If Rutgers were to make up even a portion of the missed games, it could really benefit the Scarlet Knights because the current remaining schedule has only two games against teams with a winning record.

In order to complete its schedule, Rutgers would have to play 15 games (eight postponed and seven upcoming) in four weeks. Another COVID-19 pause and the Scarlet Knights might not reach the minimum 13 games to be NCAA tournament-eligible (although teams can apply for a waiver by Feb. 20).

Syracuse (No. 7 seed): The Orange (11-5) had to take a three-week pause that started in late December. Syracuse then played nine games in three weeks, a grinding schedule. The Orange went 6-3 in that stretch, but one of Syracuse’s losses was a road game on Tuesday after a home game on Sunday. That loss hurt the Orange’s seed. And while the seed will remain a No. 7 following Thursday’s loss at Florida State, the Orange looked tired, like the schedule has begun to take a toll. With home games against top seeds Louisville and NC State, and trips to Virginia Tech and Notre Dame still to come, the final three weeks won’t be any easier.

Oregon (No. 4 seed): The Ducks (12-4) have played 16 games, are securely in the field and don’t have the same concerns as Rutgers. However, they haven’t played well in their two games back from their recent pause; after a narrow win over UC Davis on Saturday, Oregon lost by 20 points to Arizona on Monday. Oregon is sliding as it has three games to make up.

Michigan (No. 4 seed): The Wolverines (10-1) haven’t played since Jan 21 — which was their only loss of the season — and have missed four games. They aren’t in danger of missing the NCAA tournament, as could be the case for Rutgers, but Michigan could be in a scheduling crunch and left weary for the postseason if there is an attempt at playing these postponed games.

South Florida (No. 4 seed): The Bulls (10-1) are in a similar predicament as Michigan. Not having played since Jan. 13, South Florida’s grip on a top-four seed could soon slip away. The Bulls’ resume, with a close loss to Baylor and a win over Mississippi State, remains solid, but the lack of games, and wins, has left them vulnerable to other teams passing them.

LeBron James faults media for not asking him about 1957…

Jiang Zemin death: Cloaking Xi dissent in nostalgia for a…