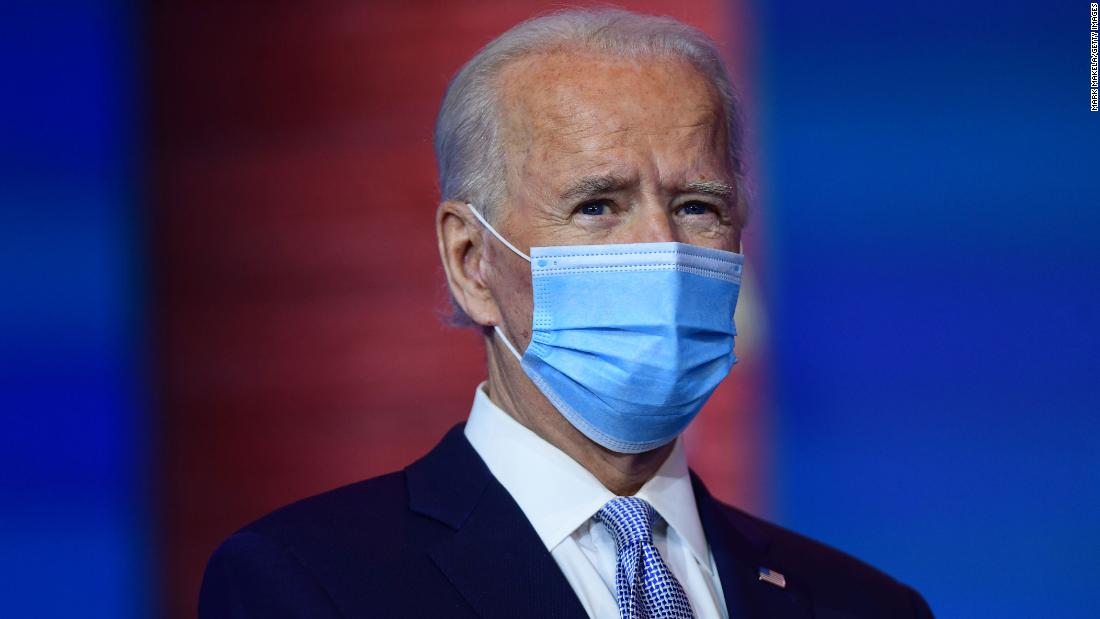 “Today, I am calling on Congress to enact commonsense gun law reforms, including requiring background checks on all gun sales, banning assault weapons and high-capacity magazines, and eliminating immunity for gun manufacturers who knowingly put weapons of war on our streets,” Biden said in a statement.

“This administration will not wait for the next mass shooting to heed that call,” the statement reads. “We will take action to end our epidemic of gun violence and make our schools and communities safer.”

The call from Biden comes three years after a gunman opened fire at Marjory Stoneman Douglas High School in Parkland, Florida, in 2018, leaving 17 people dead. The tragedy led many of the survivors to speak out against gun violence and confront lawmakers about gun safety reform.

CNN has reached out to the White House on how the administration is planning to enact Biden’s proposed gun law reforms.

Some Democrats in Washington are “more confident” that for the first time in more than two decades gun safety reforms are within reach. But passing any gun legislation remains a longshot as Democrats need to get at least 10 Republicans on board with any proposal since they hold a very slim majority in the Senate.

“I’m feeling more confident than I have been at any time in the United States Senate about gun violence legislation,” said Sen. Richard Blumenthal, a Connecticut Democrat who has been a vocal advocate of gun safety reform since the 2012 Sandy Hook Elementary School shooting that left 20 children and six adults dead in his state.

Preliminary discussions about legislation have so far concentrated on universal background checks and safe storage, among other proposals that Democratic lawmakers think could be “possible” to push through.

The President’s stated commitment to tackling gun violence goes back to his time on the campaign trail, when he campaigned on strengthening gun safety measures. His openness to taking on the issue was noted by House Speaker Nancy Pelosi Sunday, who said Congress would work with the administration to enact two background check bills passed by the House during the last Congress.

“Now, working with the Democratic Senate and Biden-Harris Administration, we will enact these and other life-saving bills and deliver the progress that the Parkland community and the American people deserve and demand,” Pelosi, a Democrat from California, said in a statement.
Congress has long struggled with addressing gun violence in America, even in the wake of mass shootings going back to Columbine in 1999.
Under former President Donald Trump, little action was taken on the issue. The Justice Department did, however, ban bump stocks in 2018 after the device gained national attention when a gunman in Las Vegas rigged his weapons with the devices to fire on concertgoers in 2017, killing 58 people.

Sen. Joe Manchin, a moderate Democrat from West Virginia who prides himself as a legal gun owner, and Sen. Pat Toomey, a Pennsylvania Republican, have long championed a background check plan that failed to pass twice in the last decade. The only other Republican to vote for the plan that is still serving in the Senate, in addition to Toomey, is Maine GOP Sen. Susan Collins, so it’s unclear if there could be enough Republicans on board if they tried to pass it again.

Manchin told CNN last week he has not yet talked to Toomey, who is retiring after his term in 2022, about reprising their bipartisan bill, but he’d “like to do something with him on it.”

“Our bill was truly non-evasive,” said Manchin, referring to how it largely expanded background checks for all commercial gun sales.

Democratic Sen. Chris Murphy of Connecticut, an advocate for gun reforms, said it’s his hope “that we’ll be able to move a background checks bill shortly after this burst of initial activity is done,” referring to Covid-19 relief and confirming Biden’s Cabinet. The Connecticut Democrat noted he has started to have some very early conversations with Toomey, and other members of Congress.

Last week, Susan Rice, the head of the White House Domestic Policy Council, and Cedric Richmond, a senior adviser to Biden, held a virtual meeting with gun violence prevention groups where the two “underscored President Biden’s longstanding record of fighting for families impacted by gun violence, his full support for taking commonsense actions to reduce gun violence, and his unwavering commitment to pushing ahead further steps to make our communities safer,” according to a readout of the meeting provided by the White House.

In his statement, Biden spoke about the personal toll the Parkland tragedy has had on the families of its victims, saying that “like far too many families — and, indeed, like our nation — they’ve been left to wonder whether things would ever be okay.”

“We owe it to all those we’ve lost and to all those left behind to grieve to make a change,” he said. “The time to act is now.”

But bipartisan gun reform measures that Congress could potentially consider may fall short of Biden’s and progressives’ hopes, due to Republican opposition and the 60-vote threshold needed in the Senate to overcome the legislative filibuster.

Murphy acknowledged Democrats have “got some work to do with Republicans” on expanding background checks, and other reforms.

“I’ve always believed that we should get background checks done because it’s probably the most popular measure,” Murphy said. “And once Republicans see the sky doesn’t fall, we can work on other things.”

This story has been updated with additional reporting.

Church members head back to the pews