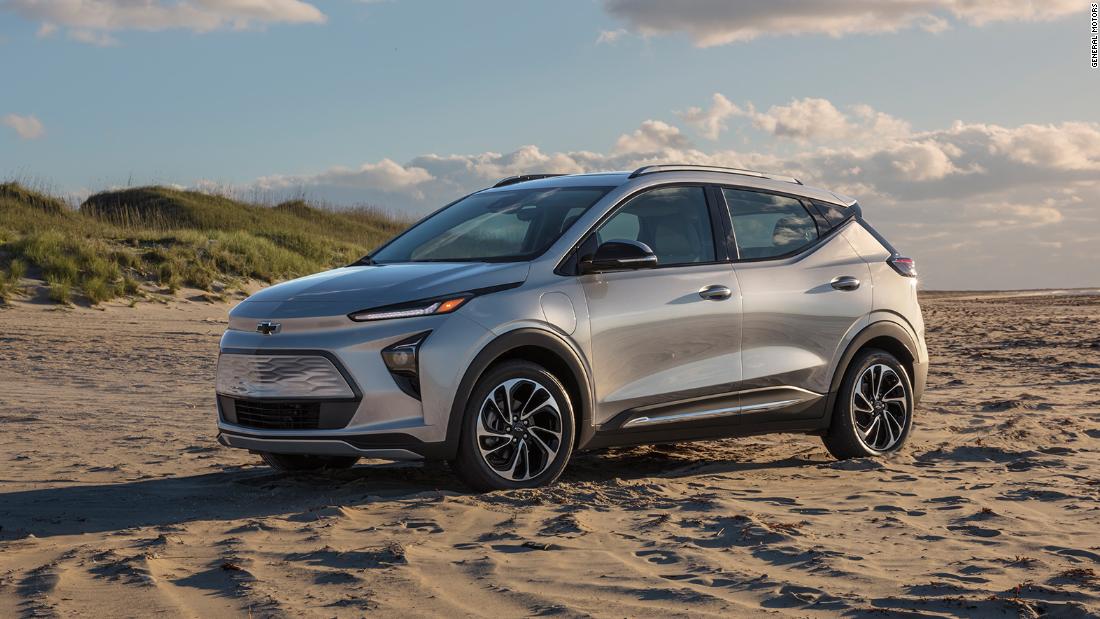 The company rolled out the newest version of the Chevrolet Bolt EV, a five-door hatchback that it has been selling for four years, and the only all-electric vehicle it now sells in North America. But the market has been moving away from cars and strongly toward SUVs for the last several years. So it was important to GM (GM) to have an SUV version of the Bolt.

Sunday afternoon, GM formally unveiled what it is calling the Chevrolet Bolt EUV, for Electric Utility Vehicle. But the difference between the Bolt EV hatchback and the Bolt EUV SUV is minimal — a three-inch longer wheelbase, a six-inch longer overall length, and only 2/10th of an inch higher.

The Bolt EUV doesn’t have all-wheel drive, a common feature on SUVs, although GM executives defended it in comments to the press on Friday ahead of the roll out.

“It has SUV proportions, it has SUV styling,” said Jesse Ortega, the chief engineer of the two Bolts. “I wouldn’t buy into idea it has to have four-wheel drive to be an SUV.”

Both Bolts will go into production in the late spring and are due in showrooms by early summer. It’s not the only EV that GM has plans to unveil in the US market this year — an electric Hummer truck and the Cadillac Lyriq are also due in showrooms. The Lyriq is due to go into production later in the first quarter, while the Hummer is scheduled to be available in the late fall.

The Bolt has its fans — it has among the highest customer satisfaction rates in the industry, according to Steve Majoros, vice president of marketing for Chevrolet. And its US sales increased 26% last year at a time that GM’s overall US sales fell by 12%. But its sales still make up less than 1% of GM’s US sales overall. Only about 1,300 of 3,000 US Chevy dealers offer the Bolt.

The rollout could be hurt by a computer chip shortages that has forced GM to temporarily halt production at a number of plants for at least a month. It is an industrywide problem. GM is using the chips it can get to build its most profitable vehicles — large SUVs and pickups. When asked if that means the two Bolts could be affected by the chip shortage, Majoros said “launch products are critical as well.” But he also conceded, “we’re going to do what’s right for the entire business.”

But whenever it’s available, the Bolt EUV will face tough competition.

A little more than a year ago, Tesla rolled out the Model Y SUV that it forecasts will become its best-selling vehicle, passing its Model 3, which is the nation’s top-selling EV. Tesla doesn’t break down sales by individual product line, but in its most recent annual report it said that it had sold 442,511 Model 3s and Model Ys combined in 2020, accounting for 88% of its global sales.
Chevrolet, on the other hand, sold only 20,754 Bolts in United States last year.
GM rival Ford (F) started deliveries late last year of the Mustang Mach-E, an electric SUV and its first purely electric vehicle in years. It just won SUV of the year honors. And other automakers have electric SUVs now available or in the pipeline.
GM’s cars have the disadvantage that unlike almost all of its rivals, its US buyers won’t get a $7,500 tax credit for buying one of its electric cars. Tesla (TSLA) is the only other automaker that has sold so many EVs to US buyers that its customers no longer get the tax credit.

So GM has had to price the Bolt EV and EUV well below the prices of its rivals.

The new Bolt EV will be $32,000, which is about $5,000 less than the pricing of the current EV. And it is offering a number of features to attract buyers, including the GM “Super Cruise” hands-free driving feature, which has never been offered on a Chevy, only GM’s more expensive brands, before now. GM will also pay for standard installation of the electrical equipment needed for faster charging capability in most customers’ homes.
GM executives would not comment on whether it is making money on the Bolts at the current or new pricing, but it is widely assumed it is still losing money on these early EVs, even if they are expected to eventually make more money on them than traditional gasoline powered cars.

“Would I love the tax credit? Absolutely,” said Majoros, although he added “I’m not going to wade into the politics.”

“On the issue of profitability, we won’t comment,” he said. “We know EV adoption will be critical. As time has gone on, we’ve gotten better.”

Sports teams are feeling the love on Valentine’s Day